Social media is at it again. In the last few years, viral videos on social media have exposed racism and other incidents of violence. In a recent incident, a Muslim woman used the social media platform TikTok to share an experience in which a white woman harassed her in the line of a Santa Monica, California, grocery store.

The Muslim woman—who was wearing a hijab, or headscarf—was approached by a white woman who asked if she was in line. Despite being behind her in line and now knowing she was in line, the white woman allegedly attempted to put her items in front of the Muslim woman onto the conveyor belt. The woman then continues to harass the hijabi, pointing at her hijab and calling her names including “fucking crazy” and “privileged.”

“Clearly this lady was angry because I’m Muslim,” TikTok user zardanainjali wrote in the video’s onscreen text. She asked the woman to stay at least 6 feet away from her, but the woman refused to do so. The Muslim woman, identified as Zardana Bashir, noted that what hurt her the most was her son was witnessing his mother getting “verbally abused by a racist … I’m posting this to expose a racist,” she added.

“I’m so embarrassed for breaking down and crying but no child should see their mom being attacked,” she said.

The video quickly went viral after being shared on the r/PublicFreakout subreddit of the Reddit website. “Can I ask you why you hate me just because I’m wearing a headscarf?” Bashir asked during the encounter, hoping she could change the woman’s mindset. The woman not only harassed Bashir about her headscarf, but allegedly made comments for her to “go back to her country.”

The woman refused to acknowledge her racism, claiming she did nothing wrong.

In addition to sharing the video depicting the harassment she faced, Bashir posted another video in which multiple customers and employees came to support her and confront the white woman about her racist behavior, including one Black woman who said Bashir was being racially profiled.

“All of these people came to my rescue they stood up to her and this moment proved to me that humanity is great,” Bashir said in the video’s onscreen text. Bashir called them “heroes.”

Bashir shared that not only did the cashier help her from the beginning, but a couple also offered to walk her to her car.

“I want you guys to find them, I want you to blow up their page, and give them all the love and support you can,” she said.

While Bashir received hate from this white woman in the grocery store, the number of those who came to her aid in addition to the thousands of others online who expressed their support for her give hope to humanity.

“They got no problem if a woman has a hat, hoodie, or anything else covering her hair, but the second it’s a hijab all of a sudden it’s unacceptable,” one TikTok user commented on the video.

Bystanders speaking out against abuse is so important in such incidents. Multiple victims of hate violence have shared that without bystanders’ presence and support, community fears only increased.

“I love how everyone came to defend her. So many times people ignore it and leave hijabis to fend for themselves,” another TikTok user wrote.

Despite the trauma and hurt she faced, Bashir stayed positive, and the caption of her viral video proves this. “Thanks to you #Karen i’m going to wear my #hijab loud and #proud,” Bashir captioned the viral TikTok video, which has received over 750,000 views since being posted on July 25. 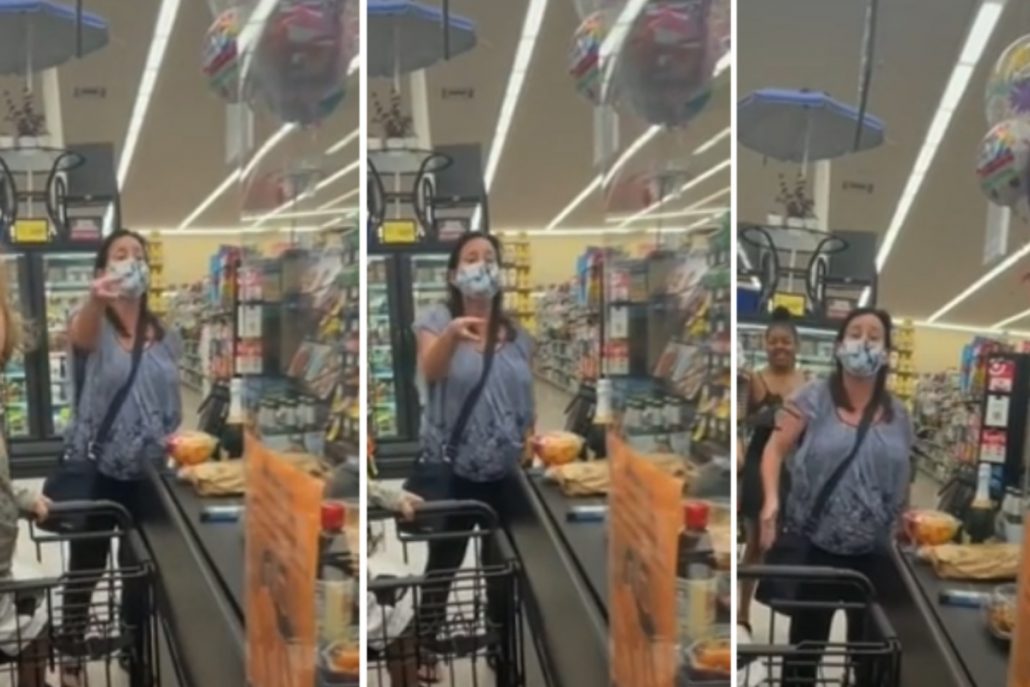