With the demise of Mohammed Hashir Faruqi, the world not only lost an eminent journalist but a thinker, humanist, and a voice of reason. The 92-year-old frail-looking but giant of a truthful writer left this world from his temporary residence in London on January 11 after paving the way for robust Muslim journalism with his sacrifices and backbreaking work. A legend in his own right, Faruqi founded ins1970 the Impact in London, as “a newspaper to promote a genuine understanding of Islam and Muslims to the English reading audience worldwide.

Against all odds, he worked tirelessly to raise human rights issues, writing against injustices and violations of human dignity, urging Muslims to stand peacefully for the weak and the marginalized people.

With almost no resources, sitting in a dilapidated two-room London office, Faruqi, trained initially as a scientist, worked hours and hours to give voice to a community that was baffled by the negative stereotyped image in the West.

Born in Eastern Uttar Pradesh in January 1930, Faruqi joined the Pakistan Movement and formed a Muslim Student Union at Kanpur Agricultural College to mobilize the youth to cause a new state, ensuring equality and justice for all. He was an entomologist.

In the 1960s, he moved to London and decided to become the voice of the newly arriving Muslim immigrants, initiating starting an English language newspaper, a project many contemporary Muslims thought was impossible to accomplish in a highly competitive world. It took him ten years to achieve his dream. He was a regular contributor to the weekly meetings of the London Islamic Center. He also contributed a column in the Muslim, the monthly magazine of the Federation of Student Islamic Societies in the UK and EIRE.

During the Iranian Revolution, he was in the news as he was a hostage in the Iranian embassy siege in 1980. People remember his efforts to end the siege peacefully.

In 2003, he was the among Muslims who organized the Prince of Wales visit to Islamic Foundation Markfield and presented a token of appreciation to the Royal visitor on behalf of the community. The Muslim News awarded him the Editor’s lifetime achievement award in 2013. Describing his work, Ahmed Versi, editor of the Muslim News, said: “He is our connection from the world we inhabit too now to a Muslim world that began its uncertain journey in the midst of decolonization, war, and new modern identities.”

Once launched, Impact became a voice of honest journalism, truth, and fair and balanced reporting. With meager resources and the help of a few dedicated supporters such as Saleem Siddiqi, he proved that dreams could come true on the wings of sincerity and humility. The wages were minimum, the task was huge, but the team under Faruqi burned the midnight oil and worked for late hours, often neglecting their families to publish the magazine regularly.

The Impact became a source of honest writing in the Muslim world. Newspapers published in India, Pakistan, Turkey, the Middle East, and Africa began borrowing its articles, inspiring younger people to start their English-language publications in their region. Moreover, his writings proved that Muslims could write their own stories and discern between facts and fiction. During his long tenure as Editor-in-chief of the magazine, he trained several Muslim youths in Muslim journalism.

Be fair, bold, and balanced in your writing. Never compromise on facts. Always stand for human dignity. Don’t ever yield to propaganda, and serve your God through serving humanity. These were the principles he always advocated to those who sought his advice.

Commenting on his demise, the world-renowned expert on Muslim media, Dr. Ahmadullah Siddiqi, Professor emeritus of Media Studies at Western Illinois University, Macomb, Illinois, wrote the following. “A person who always inspired me and countless others by his sincerity, hard work, and high-quality journalism.”

Syed Ubaidur Rehman, a prominent Indian author who recently compiled a biography of India’s Muslim Freedom Fighters, wrote. “He was such a selfless person. His death is a massive loss for the Muslim ummah. Once I walked into his office near Finsbury Street uninvited. He welcomed a youth like me with open arms, showering his blessing like an elder who knew me for ages and didn’t allow me to leave without sharing sumptuous lunch with him. He continued to write to me without me regularly responding to his emails. His death will be unforgettable, especially for those who yearned to see credible Muslim media. Before Aljazeera and other new-age media, Impact was a torchbearer for enthusiasts of the Muslim press.”

Mohammad Ghazali Khan, one of the British journalists trained by Faruqi, said in his post on Facebook. “One of the pillars of Muslim journalism in Britain, Muhammad Hashir Faruqi, died in London today. I worked with him for more than eight years. Not only was he my teacher in practical journalism, but he also did many personal favors to me. May Allah SWT grant him.”

Dr. Syed Saeed, the former prominent of the Islamic Society of North America and a well-recognized Muslim American leader, wrote: “We worked together on many issues, and I invited him multiple times to our conventions.”

Faruqi left behind him three sons, Ausaf, Rafay, and Irfan, and a daughter, Sadia, and all the editions of the Impact. His wife, Fakhira Begum, passed away a few years ago. The following website has his writings. http://www.salaam.co.uk/impact-internation/ 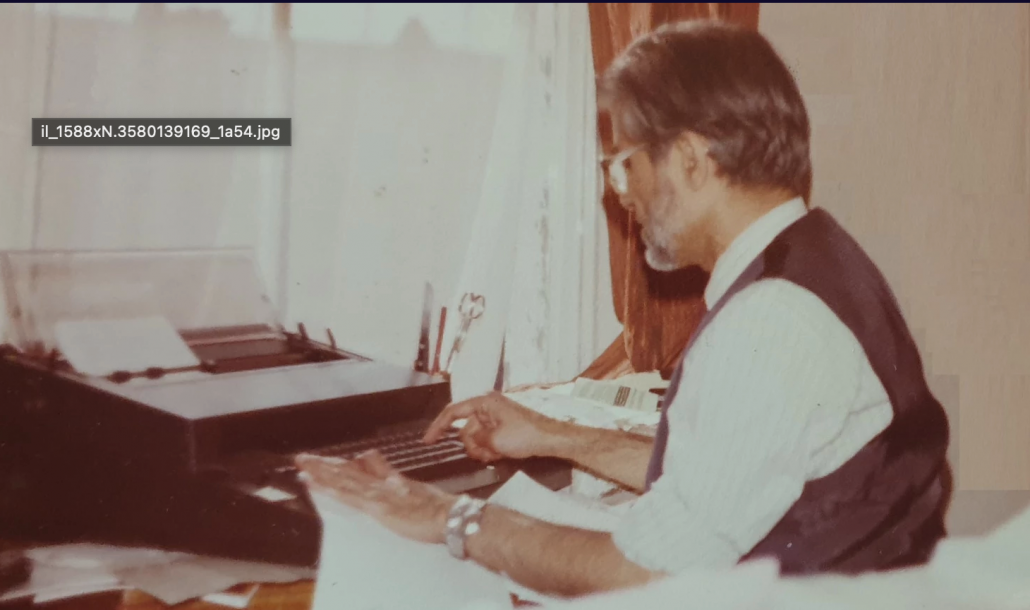 The Psychological Implosion of Our Soldiers

Iran War: What Is AIPAC Planning?
By MJ Rosenberg These are strange times for those of us who follow the debate about a possible war with…

Looking for a Better Way

© 2020 MuslimObserver.com, All Rights Reserved
Op Ed: A Muslim Perspective on a Trip to Spain