In the past few days, we have heard some interesting statements from the RSS leadership. The statements directly and indirectly address Indian Muslims hinting that perhaps RSS is seeking a dialogue with Indian Muslims.

First, on June 3 the RSS supremo Mohan Bhagwat in a speech asked the question;” why expand the conflict, why do we need to search for Shivlings under every mosque? This comment was received by some commentators with interest and questions were asked if RSS was signaling a moderation of its positions.

Then Ram Madhav, who has served as the national general secretary of the BJP and as member of the national executive of RSS, sat down on Jun 8th to talk to Ms. Madhuparna, a senior editor with The Print. I suspect his goal was to put into perspective what Mohan Bhagwat said.

Ram Madhav on the other hand adds four conditions to what Mohan Bhagwat had to say.

He says that Muslims must recognize that they are all Hindus, and descendants of Hindus and must abandon the concepts of Jihad, Ummah and Kafir.

In this video I ask the question; is RSS singing a new tune, or is it the same old poison of anti-Muslim politics in a new bottle? I also expose the shallow understanding behind Ram Madhav’s demands that Muslims think of themselves. Do watch the video and share it widely. 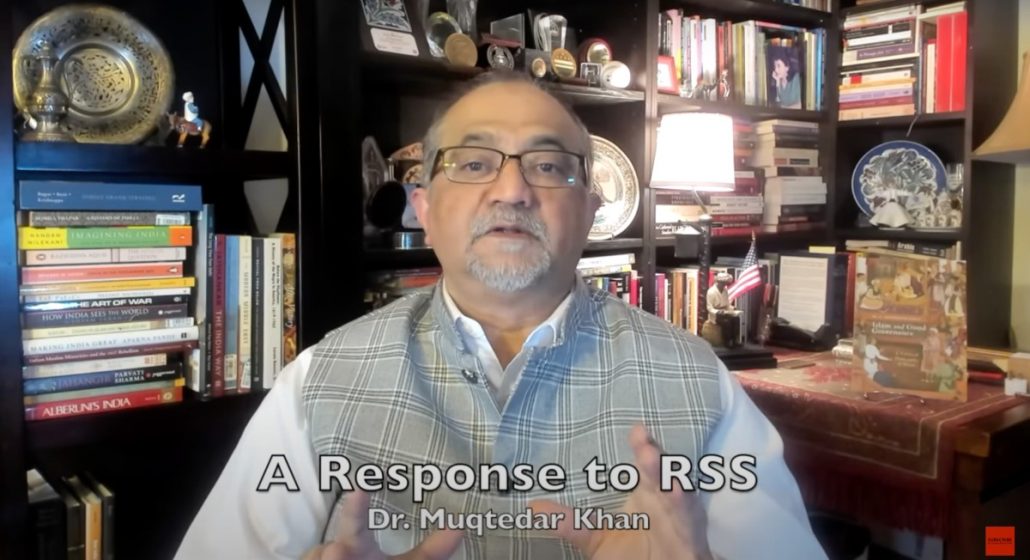 Hassan Nisar in Detroit
By TMO Stringer The well-known writer Hassan Nisar, from Pakistan, visited Detroit and came to a meeting held at the…

© 2020 MuslimObserver.com, All Rights Reserved
The Muslim World Still lacks its commitment to Justice