The world’s major religions are silent over the genocide attempts by Hindutva forces under the guidance of the ruling Hindu fascists against Muslims in India. However, Christian evangelists under the leadership of white supremacists see India as a potential killing field for those who they describe as anti-Christ. Jews favor Hitler’s admirers because it would eliminate a staunch pro-Palestinian community. Buddhists have no sympathy for Indian Muslims after their ethnic cleansing campaign of

Rohingyas in Myanmar and atheists believe Islam and Muslims impede liberalism and modernism.

Even the Muslim world is shy of extending support to the beleaguered Muslim community in India. Depending on their economic and political interests, most are neutral or silent on the plight of Muslims in India.

Muslims who were once the voice of justice worldwide are now feeble to defend their vulnerable? As a result, they are an easy target for the perpetrators of injustice.

Muslims generally blame their irreligious practices for their plight. They believe that their conditions will improve once they become punctual in observing five essential pillars and commit Quran to their memory after learning to read it with proper pronunciation. Ninety-five percent of the discourses of their scholars and learned people focus on these two aspects. Yet conditions do not improve.

The secret of Muslims’ success in the past was their unfailing commitment to justice and human dignity. Wherever they found injustice against anyone, they were the first to raise their voices and take action regardless of the consequences. Moreover, they were not selective in choosing a community, race, or ethnicity for their stand.

Justice was practical to them. It meant standing for those done wrong. Furthermore, before they applied justice in their social life, they practiced it in their personal and family life.

Muslims today lack the commitment to justice in their social and personal lives. Instead, they have prejudices based on their race, culture, language, and religious faction. The prevalence of illiteracy and hunger among Muslims provides testimonies of their apathy toward each other.

Others know that the Muslim world does not care for each other or justice. They do not care about Muslim voices and reactions because there is none. The utter silence of the Muslim world on the ongoing genocidal attempts against Muslims encourages the fascists in India and elsewhere to continue pursuing their atrocities.

A few examples are worth noticing:

The Muslim world and scholarship may be significant in extolling the virtues of justice, but they fall short of concrete action. Their record of challenging injustices within their communities is dismal. Moreover, their apathy has led the world to believe that influential and affluent Muslims do not care about their weak and vulnerable.

This attitude severely affects Muslims in countries with a robust nationalist religious majority. The situation in India and Myanmar is dangerous for Muslim minorities. The possibility of genocide is a reality, and any indifference would bring disaster sooner than later.

How should Muslim communities facing these challenges deal with the situation? Relying on the Muslim world would not help. Each community has to strengthen itself internally to face the danger. It would require a reassessment of the situation in each country by the national leadership. However, it seems a daunting task at present. 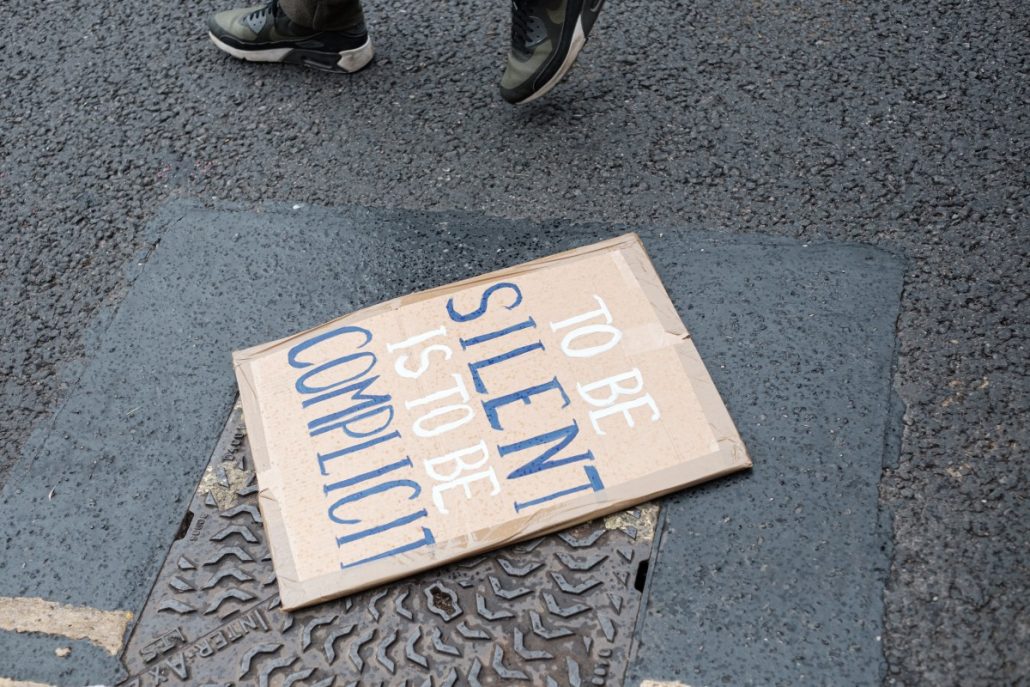 Who Will Tell Your Story?

© 2020 MuslimObserver.com, All Rights Reserved
Everyone’s a Critic: How a New Movie May Test Sectarian Tolerance

A Response to RSS:  Is RSS singing a new tune or is it the same old poison...
Scroll to top