Muslims living in Western countries will now experience a dramatic shift in the way they plan and organize their trips for the Hajj. The Kingdom of Saudi Arabia (KSA) just announced that it was revamping the entire process for booking a trip to Makkah by unfurling a new website that allows for direct-to-consumer engagement with the Kingdom.

The Saudi Ministry of Hajj and Umrah has launched its Motawif website that allows Muslim pilgrims from Europe (including the UK), the United States and Australia to register online for Hajj. It enters the applicant into an automated lottery; if successful, the individual will then be permitted to book travel and lodging directly with the Saudi government. In addition, due to Covid-19 restrictions, KSA is restricting Hajj to 1 million pilgrims, who must be under the age of 65 and fully vaccinated. Out of that total, the affected regions will be sending approximately 40,000 pilgrims, based on quotas set as a percentage of the Muslim population in the respective countries.

Despite the Kingdom’s stated intentions to streamline and optimize the Hajj booking system, the Motawif scheme is being met with substantial criticism and even condemnation. Thousands of pilgrims who have already booked their Hajj packages through tour brokers now face the nullification and cancellation of their existing plans. They will be responsible for pursuing refunds on their own, made more complicated as some made payment, in full or by a deposit as much as two years ago, and were made to defer till this year because of Covid restrictions on the Hajj. The brand-new system also is a portal to the unknown as it has never been tested, even as a beta version; the 2022 Hajj is its real-time test case.

Long-time Hajj tour organizers have voiced their outrage about the change in policy, understandably, because it portends to have a devastating economic impact on their businesses. Yet, many are highlighting the potential confusion and chaos that they believe will be an inevitable reality as the transition occurs. They claim that they have been working in the tour sector for several years and have had to navigate very difficult logistical challenges while working with the Saudi authorities and private entities in the Kingdom. Cultivating these relationships had been a prolonged process, requiring constant attention and adaptation to often arbitrary changes in attitude and rules. The tour organizers argue that these systemic issues will plague the Hajj process despite overtures by the Saudi government that the new structure will be even more efficient than the previous scheme. They cite the inefficiency, unprofessional nature and lack of organization to be deeply embedded irrespective of new technology being employed.

Hajj tour brokers also decry the uneven nature of the new Hajj booking system. First, it only applies to Western-based Muslims; those Muslims seeking to make the pilgrimage from elsewhere will continue to avail themselves of private tour organizers. The Saudi rebuttal is that the new system will be of great benefit to Muslims from the affected regions who are used to such technology and technology. But the selectively targeted market for the system has raised concerns about privacy and data protection, and whether this is simply a ploy to single out and surveil Western-based Muslims. Thus far, there has been no official statement from the KSA government regarding measures to be taken that will safeguard potential data leaks or misuse.

The new Motawif website does not currently affect the Umrah booking scheme; existing tour organizers may still operate as usual in this aspect of the pilgrimage market. But KSA has implemented several changes to the visa system, including allowing individuals to apply online directly and to perform Umrah without the requirement of a guide or tour package. In fact, any Muslim applying for either a tourist or business visa is automatically eligible for an included Umrah permit. The Kingdom’s $50 billion infrastructure investment includes high-speed rail between Mecca and Medina, as well as direct access to a new, state-of-the-art terminal at Jeddah’s international airport.

As Saudi Arabia strives to soften its public image, which has often carried a negative perception worldwide, and moves to “open” the Kingdom to tourists and investors alike, the Hajj has now become part of its ambitious plans for reform and rejuvenation. How successful it is will depend in large part on how smoothly it operates and how well it can respond to the skepticism and suspicion that currently is running high, especially with this year’s Hajj less than a month away. 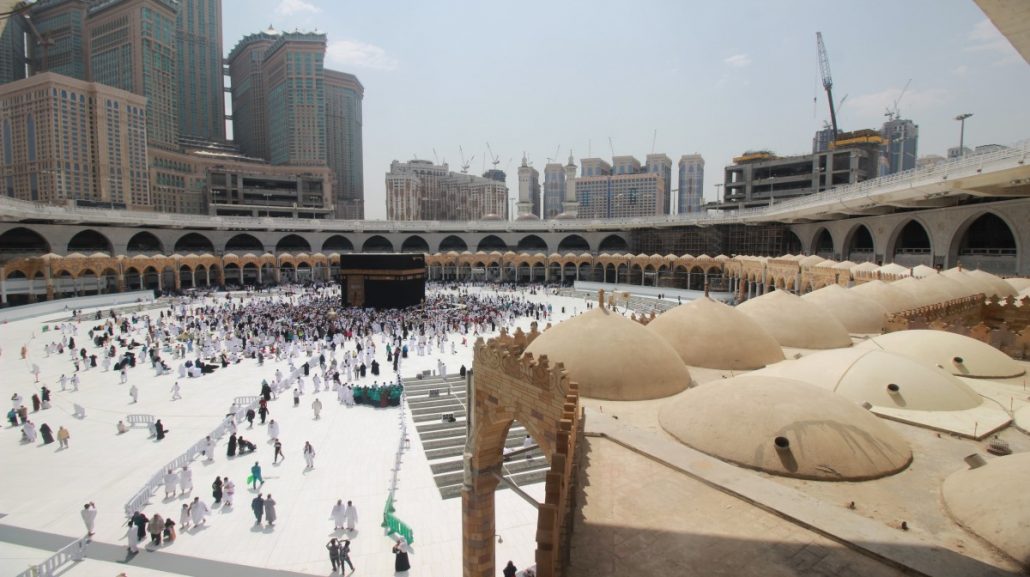 © 2020 MuslimObserver.com, All Rights Reserved
A Response to RSS:  Is RSS singing a new tune or is it the same old poison...

A recap and what comes next for the Jan. 6 committee
Scroll to top