After enacting a 15-week abortion ban earlier this year, Florida has faced some consistent legal back and forth. The law, known as HB 5, is facing legal opposition not only from groups in favor of reproductive freedoms, but from religious groups as well. According to MSNBC, the new legal battles the ban is facing— similar to challenges in Kentucky and Indiana— may change how activists around the country are approaching abortion bans.

The Florida ban, which went into effect after the overturning of Roe v. Wade, prohibited abortions after 15 weeks, with exceptions in instances that would save the pregnant person’s life, prevent serious injury, or if the fetus has a fatal abnormality. It does not allow exemptions in cases of rape, incest, or human trafficking.

Religious groups are arguing that different faiths have different ideas about when an abortion can happen. By highlighting religious diversity, plaintiffs in the case are helping to transform the debate by exposing a false division between “religious” and “secular” citizens, MSNBC reported. They are claiming that not only do abortions infringe on the rights of secular people, but suppress the rights of many people outside of the conservative Christian faith.

For example, generally in Islamic law, abortions are permitted up to 120 days; exceptions for abortions after this period vary by Islamic sect but overall, the sunnah—or teachings of the Prophet in Islam—allow for 120 days. Similarly, in Jewish law or halacha, an emphasis is placed on the health of the mother, not the developing fetus. Sects of Christianity also emphasize this belief and coincide with pro-choice positions.

As a result, several religious organizations have come together to emphasize that Florida’s abortion ban infringes on the religious freedom of those who practice their respective religions.

According to The Washington Post, the Rev. Tom Capo of the Unitarian Universalist Congregation of Miami filed a motion in September which now resides with Florida’s 11th Judicial Circuit. The motion says that HB 5 fails “to account for the diverse religious views of many Floridians. . . whose faith leads them to take a very different view of when life begins and to counsel abortion.”

The motion notes that the abortion ban infringes on the rights of those who do not identify as conservative Christians and inflicts conservative religious views, therefore violating the First Amendment, which prohibits Congress from establishing a religion. Gov. Ron DeSantis allegedly signed the bill into law at a conservative church.

Others filed similar suits even earlier, starting in August.

“The relationship between clergy and their congregants has, until now, been protected, revered, and respected as sacrosanct and inviolable,” read a lawsuit filed on behalf of multiple religious groups, including Reform Judaism, Buddhism, the Episcopal Church, the United Church of Christ, and the Unitarian Universalist Church.

“Now, Defendants have inserted themselves into this alliance by imposing criminal penalties on those who counsel, aid and/or assist with an abortion after fifteen weeks, with no religious accommodation provided and no exceptions for the psychological health of the pregnant woman or girl, incest, rape, or trafficking, non-fatal fetal abnormalities, or psychological disease or impairment.”

This trend of religious organizations speaking up against abortion policies is groundbreaking. The honest truth is this is just the beginning. First, GOP officials will attack abortion rights, then move on to other freedoms. Under the guise of religion and fear of God, many are claiming they are protecting citizens, so lawsuits like this are important because they challenge that narrative.

As the lawsuits make their way through the legal system, one can hope they help create allies and bridge the divide between religious leaders and reproductive rights activists. 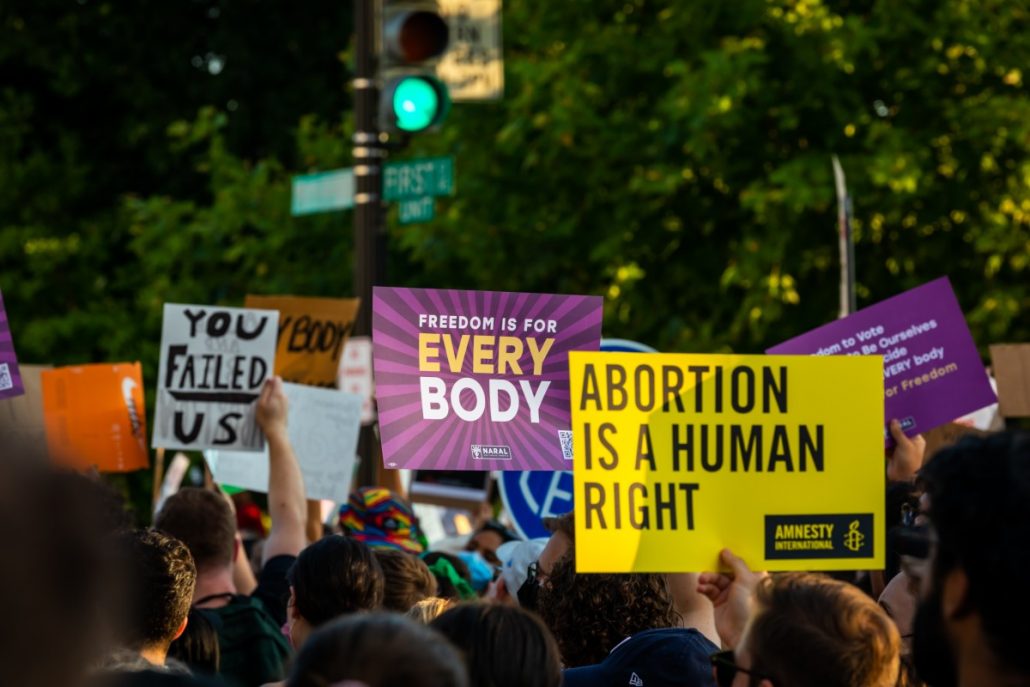 Dare to be Great

Imran Khan Disqualified from Participating in Elections
Scroll to top