As incidents of hate against the Asian American Pacific Islander (AAPI) community continue to increase nationwide, adults are not the only ones perpetrating violence. AAPI children are facing increased bullying, and similarly to how some adults are treated, the children often face bias when it comes to reporting that harassment.

A video of an Indian American boy being bullied at school in Texas has gone viral for not only depicting a white child choking him for over four minutes, but for the actions taken against the bully. After Shaan Pritmani was bullied and choked at Coppell Middle School in Dallas, he was suspended for three days while his white perpetrator received only one day of suspension.

The incident took place on May 11. It quickly went viral after the North American Association of Indian Students posted a clip on Twitter depicting Pritmani’s attack.

In the video, Pritmani can be seen sitting at a lunch table when another student tells him to get up. When he refuses, the student grabs his neck and drags him off his seat.

“There were many kids in the cafeteria last Wednesday,” Kamlesh Pritmani, Shaan Pritmani’s father, told The Quint. “Friends share the same table at lunch. Shaan was going to the same table for lunch for more than a year.”

“Recently, Nichloas Wellington started coming to that table and started telling Shaan that ‘no one likes you on the table, please go elsewhere.’ On Tuesday, Nick told Shaan – ‘If you keep coming to this table, I will make you leave this table. Then on Wednesday, this happened.’”

While other students can be heard reacting, none attempted to stop the bullying.

After the incident, Pritmani’s parents were allegedly contacted by school officials, who said he was involved in a violent incident and would be suspended as a result. Kamlesh Pritmani noted that the assistant principal made it seem like it was a fight between two students, but upon seeing the video, it was clear that Pritmani was a victim of assault.

“It was horrible. I couldn’t sleep for three nights straight. It felt like I was being choked. I cried many times watching it,” Sonika Pritmani, Shaan Pritmani’s mother, said after seeing the video.

Across social media platforms, people were outraged that the school failed to address the issue in the correct manner. They accused the school of racial bias and questioned how it treats its students of color.

According to local outlets, some even suggested that the school was protecting the aggressor because his father, identified as Sam Wellington, is a member of the Coppell Independent School District (CISD) Board of Trustees.

Shaan’s mother started an online petition for action to be taken, and for the perpetrator to be removed from school.

“The school stated that the victim (Shaan) was at fault and received a 3-day ISS, while the aggressor only received a 1-day ISS.” The petition also notes the school said that “there will be no change in the course of action.” Additionally, it alleges that a CISD SRO officer refused to file a citation because the school administration requested against it, because there have been “too many bullying complaints lately.”

“Shaan should never have to take a class, interact, or pass the hallways with this aggressor ever again. Shaan should be able to continue his school experience, friendships and extra-curricular activities with zero worry of ever having to cross paths with this student again. He does not feel safe,” the petition says.

All four Indian American members of Congress expressed their concern regarding the incident in a joint statement.

“We are writing to express our deep concern about the recent incident of bullying which occurred at Coppell Middle School North in the Coppell Independent School District (CISD). As you know, a widely circulated video of the incident shows 14-year-old Shaan Pritmani being assaulted and eventually ‘choked out’ in an alleged wrestling maneuver that could have resulted in serious injury,” Congressmen Ami Bera, Ro Khanna, Raja Krishnamoorthi, and Congresswoman Pramila Jayapal said in a joint statement.

In addition to noting the lack of action taken by the school administration, social media users outraged by the video noted how this lack of action will only encourage incidents of bullying.

According to DoSomething.org, 1 in 5 students between the ages of 12 and 18 is bullied during the school year in the U.S., and about 160,000 teens have skipped school because of bullying.

Many cases of bullying have led young adults to acts of violence. Most recently, a tragic school shooting in Texas has been tied to incidents of bullying. America needs to do better to not only address its gun laws, but to stop bullying and protect its children. 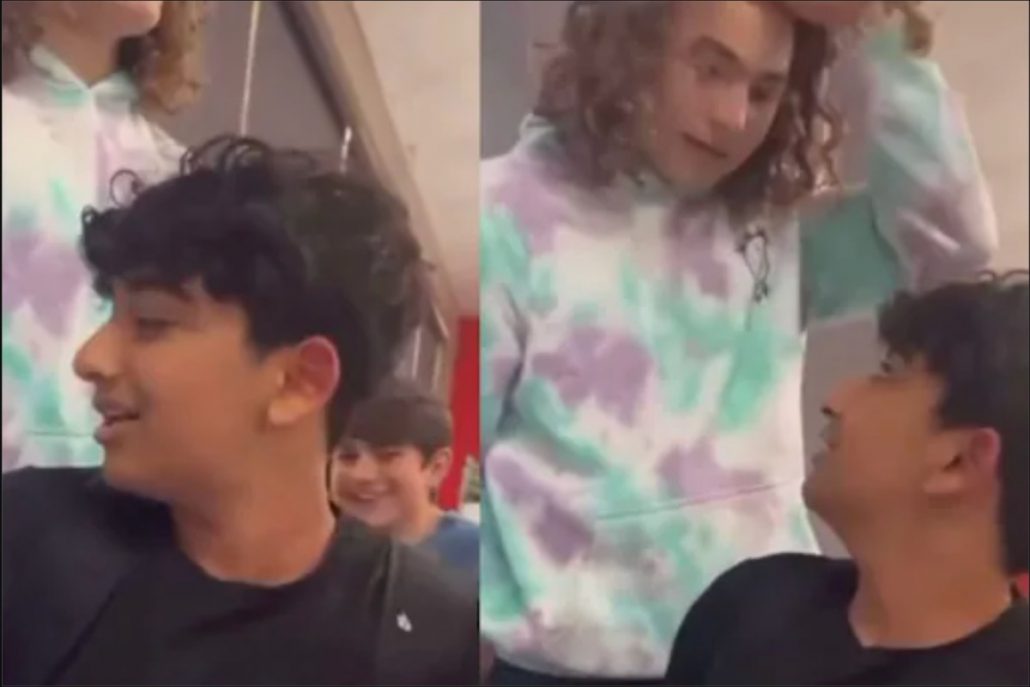 Reclaiming your emotional balance during Ramadan
By Sayeda Habib Salam alaikum to all my brothers and sisters! The holy month of Ramadan is fast approaching, and…

Remarks By The President During Iftar Dinner

© 2020 MuslimObserver.com, All Rights Reserved
White Supremacy is no more a Fringe ideology