This article was first published on Muslim Girl

For centuries Spain and Morocco have negotiated their shared histories of the colonizer and the colonized. For over 800 years, Moroccan Muslims ruled Spain, impacting the country’s culture, architecture, language, and art. However, when Spanish Christians ousted Muslim rulers in 1492, that was as much the beginning of an era of Islamophobia as it was the end of an epoch of multi-faith creativity.

As early as 1499, the Spanish government began to culturally annihilate Muslim and Maghrebian influence in Spain. With the support of Pope Clement VII, 4,000 Moroccan-descended Muslims were forcibly baptized, and countless more were legally forbidden from speaking Arabic, praying, or outwardly celebrating their Muslim faith. The country watched as the Muslim libraries and museums of Granada were burned, and over 500,000 Muslims were deported to Morocco in the short space of 5 years.

The ethnonationalism and Islamophobia of Spain’s history lives on. Since Spain’s independence, the Spanish government has occupied two cities on Moroccan soil, Ceuta and Melilla, which Moroccans may not enter without Spanish visas. Given increasing anti-immigrant sentiments from the Spanish government and the rise in hate groups such as Ultras and VOX, a fortress has been erected around occupied Ceuta and Melilla to keep Africans out. On Spanish soil, the Alhambra, a UNESCO Heritage site and one of the world’s most beautiful mosques, has been colonized as a royal palace where Muslim prayer is strictly prohibited.

The fact that the Moroccan team recited Surah al-Fatiha before scoring the winning penalties is all more powerful as a statement of both worship of Allah (SWT) and resistance to a legacy of Islamophobia that runs deeper than the Straits of Gibraltar.

There are countless stories of Muslims and non-Muslims alike being told not to kneel in the space, even to tie their shoes, as it may be construed as a form of salaat, which is strictly forbidden. The fact that the Moroccan team recited Surah al-Fatiha before scoring the winning penalties is all more powerful as a statement of both worship of Allah (SWT) and resistance to a legacy of Islamophobia that runs deeper than the Straits of Gibraltar.

A 2020 report from the Asociación Musulmana por los Derechos Humanos(AMDEH) states that less than half of the two million Muslims living in Spain have citizenship and are thus vulnerable to ongoing instances of Islamophobic persecution and racist profiling.

Even Achraf Hakimi, who scored the winning penalty shot against Spain, told El Mundo, “Even with my Spanish ID card and passport, it didn’t matter […] They see an Arab name. They see your Moroccan face. Whether they want to or not, they do racist things, without even realizing it. I noticed it, and I still notice it […] They don’t stop a white Spanish person.”

Despite experiences such as these, Spain’s National Office for Hate Crimes does not specifically track instances of Islamophobia, and the issue is largely swept under the proverbial rug, much like Spain’s alleged use of chemical weapons in the Rif region as Morocco fought for independence.

While Spain purports that its citizens may freely practice their religions, AMDEH reports that only 1 in 10 Muslim youth have access to Islamic education, and only 0.4% of Spanish municipalities offer space for Muslim burials. Only last year, 37-year-old Moroccan Younes Bilal was murdered in a hate crime as his assailant called him a “moro.” A severed pig’s head and threatening hate speech were strewn in a mosque in Cabezo de Torres. There have been several reports of Muslim Moroccan employees having their wages garnered or withheld as they were called “moros.” Moro, a racist term that denigrates Muslims of North African descent, is embedded in the Spanish language so much so that the Spanish phrase for “the coast is clear” is “no hay moros en la costa” – or “there are no Moroccans in sight.”

Morocco is the first Arab nation and the fourth African nation to make it to the quarter-finals. The players and their supporters stand proudly in defiance of the Islamophobic narrative that seeks to erase our faith. We will pray freely and wear our hijabs if we so choose. We will honor our histories and hold dear the fact that not only have Muslim minds shaped Spain and the world beyond, but we are deserving of the successes we have earned in government, culture, maths, science, art, and more.

This week’s game was a symbol against Spanish ethnonationalism and Islamophobia as the Moroccan team, the perceived underdogs, grabbed their victory and now march on to the semi-finals.

Soccer has often served as an accessible platform of expression for national pride and rivalries rooted in global sociopolitical tensions. Too many European countries seek to erase Islam from public perception or, worse yet, twist its message with white-washed Westernized definitions of feminism and freedoms. This week’s game was a symbol against Spanish ethnonationalism and Islamophobia as the Moroccan team, the perceived underdogs, grabbed their victory and now march on to the semi-finals.

While Spain denies Muslims the right to prayer in our Alhambra and still falsely lays claim to Moroccan soil, Moroccans and Muslims across the world get to cheer as we see our brothers recite the Qu’ran, raise the Palestinian flag, and celebrate being both Muslim and Moroccan. In short, hay moros en la costa. 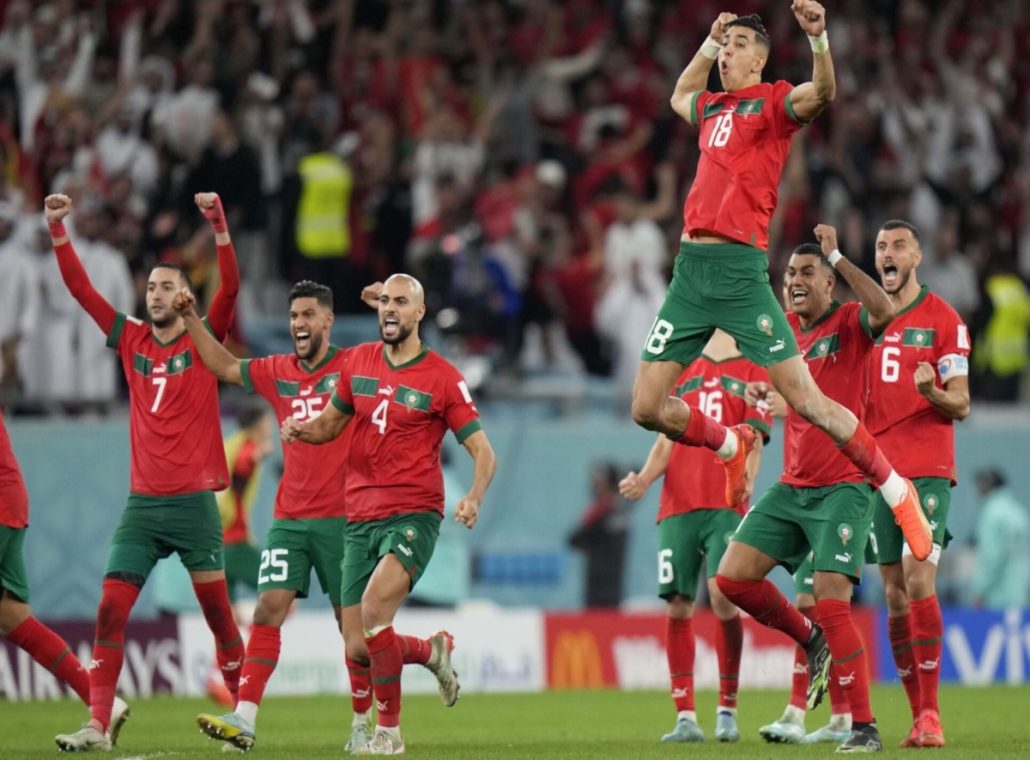 Citizenship Crisis in Malaysia
By Farish A. Noor, Muslim Media News Service (MMNS) In the East Malaysian state of Sabah there is a looming…

© 2020 MuslimObserver.com, All Rights Reserved
Here’s what you need to know about Iran and the World Cup

Turkey Escalates Operations against Kurds in Syria it Blames for Istanbul A...
Scroll to top