‘Ms. Marvel’ is the superhero show I’ve been waiting for

First published on the Michigan Daily and republished here with permission from the author.

“Ms. Marvel” is everything I ever wanted from the Marvel Cinematic Universe.

The show opens with Kamala Khan’s (Iman Vellani, debut) homemade Marvel logo. She’s creating a YouTube video, using her own cartoony drawings of the Avengers, and recounting the events of Thanos’s fight with the Avengers (which we saw in the MCU film “Avengers: End Game”). Captain Marvel, Kamala’s personal hero, is the star of the video, and Kamala’s love and admiration for Captain Marvel and all the rest of the Avengers is apparent to all viewers. From this opening scene, I knew that Marvel had succeeded in creating the most eye-catching, unique and meaningful TV series.

“Ms. Marvel” follows Kamala, your average teenager growing up in a world with aliens falling out of the sky and superheroes saving the day; in other words, she’s a huge Avengers fan, with the apparel and YouTube channel to prove it. All she wants is to be more than what she sees herself as — the odd Pakistani Muslim girl at school — and she gets her wish granted when she finds herself with her own powers.

The reason why “Ms. Marvel” is so perfect isn’t because the story itself is unique — in all honesty, it’s a pretty simple origin story, though it is slightly different from her comic book story. Kamala stumbles upon an object that seems to infuse alien powers within her. Her powers are cool and the story is fun to watch, but the really special thing about “Ms. Marvel” is that it simultaneously capitalizes off of previous Marvel success while using new ideas, visuals and people to cater to new audiences.

“Ms. Marvel” starts over a decade into the already vast, expansive Marvel Cinematic Universe, which means that it is inherently tied to the events of movies from the past 14 years. It can’t get away from what Disney and Marvel have already set into stone with previous films. And the show triumphs precisely because Marvel doesn’t try to shy away from past projects. As a fan of the Avengers, Kamala embraces their history and uses their heroic actions as her own motivation to be a better person, to be bigger than herself.

The real fun, though, comes when Marvel decides to try some new things with “Ms. Marvel.” To start, the visuals are spellbinding. “Ms. Marvel” truly feels like a comic book brought to life. The graffiti and lights in Jersey City call upon the bright colors of comics to great effect — you really feel like you’re right there with Kamala, almost walking the panels of a comic book. One distinctive aspect of the visuals occurs when Kamala and her friend Bruno (Matt Lintz, “The Walking Dead”) are texting — instead of the typical “movie magic” choice of using iPhone-esque bubbles to allow viewers to see what two characters are saying to one another, the showmakers actually incorporate Kamala and Bruno’s words to each other into the setting. In one scene, Kamala’s words appear in the stars on her bedroom ceiling; in another, Bruno’s message lights up a neon sign behind him. It’s little details like these that make the show so beautiful to watch and so different from other films or TV shows, Marvel and otherwise.

The greatest thing about “Ms. Marvel” by far, though, is the representation. I’ve spoken about representation before. All of The Michigan Daily’s Arts section has spoken about representation before. I know what it’s like to feel represented, to see characters similar to me in the art that I consume. But I had no idea how whole I would feel seeing a character so similar to myself joining the MCU’s cast of characters. I’d read the “Ms. Marvel” comics before, but it’s different to see Kamala on-screen as part of the MCU, which is such an important part of this generation’s pop culture. I remember when practically the only Muslim characters you’d see in Marvel films were terrorists, like in “Iron Man.” And, sure, we’ve seen a few hijabis in the background of some scenes since then and even a couple of desi characters, like Kumail Nanjiani’s (“The Big Sick”) Kingo in “Eternals.” But to see a young girl — a devoted Marvel fan — who looked and acted like me, starring in her own show, undoubtedly paving the way for others like her and proving herself to be an inspiration to little girls all over the world? Even I can’t put into words how meaningful that is.

My heroes growing up never really looked like me, never had my culture or traditions, mostly because no one ever represented my stories in art. I loved characters like Hermione Granger, Jo March and Elizabeth Bennet, but I didn’t have anything in common with them in terms of culture and background. Kamala Khan has been around for a little while because of her comics, but now that she’s been introduced to the MCU her impact will expand so much further. More young girls will see themselves in her.

I’m so glad that, because of Kamala, Pakistani Muslim girls will have a hero that looks like them.

Seeing Kamala interact with her family, hearing them speak Urdu to one another and discuss desi gossip in the way that I’ve seen in my own life felt shockingly real to me — it felt true. When I saw her brother Amir (Saagar Shaikh, “Average Joe”) recite a dua before eating, I was immediately brought to a moment in preschool where I sat in class and learned that same dua. When I saw Kamala’s mother Muneeba (Zenobia Shroff, “The Affair”) trying to convince her to wear shalwar kameez that Kamala didn’t like, I laughed because I’m sure I’ve had that same argument with my mother. When I saw Kamala say Bismillah before her driver’s test, I could hear in my head my parents telling me to always say Bismillah before I do anything, to ask for Allah’s blessing and remember that everything is in His hands. In all the little moments, the moments that some viewers may have skimmed over or deemed unimportant, I felt seen.

And look, I can’t claim to be exactly like Kamala. I was a complete and utter goody two-shoes, even by brown kid standards. So you wouldn’t find me sneaking out of the house to go to AvengerCon (although I would have desperately wanted to go). But there were things that I saw that made Kamala a kindred spirit. Her parents urged her to get good grades, she pushed back on generalizations about what desi women should do with their lives and she proudly donned her Avengers T-shirts every day. I saw myself in her. And I think that’s the whole point of this show.

There’s a quote from the first episode that stuck with me, where Kamala says to Bruno, “It’s not really the brown girls from Jersey City who save the world.” And I can’t help but think that Marvel chose to create “Ms. Marvel” specifically to push back on that notion. They want all viewers to see that they can be heroes, that they can play a part in changing the world. In the “Ms. Marvel” comic, Kamala recalls a quote her father told her once — “Good is not a thing you are. It’s a thing you do.” And maybe Marvel wants to promote that message to its viewers with “Ms. Marvel.” Anyone can do good; anyone can save the world.

Needless to say, “Ms. Marvel” is a must-see. It’s a fun, funny show, for sure — and not to mention, it feels more like a real-life comic book than any other superhero film since “Spider-Man: Into the Spiderverse.” But it’s also real. It might be geared towards a younger audience, especially compared to other Marvel projects, but even if you’re not a female, Pakistani-American Muslim like me and Kamala, you’re sure to see yourself on the screen. Kamala goes through life with the same problems as any other person. She argues with her parents, doesn’t know what she wants to do after she finishes school and has her head stuck in the clouds. She’s more than just her minority traits, and she’s more than just her superhero abilities. She’s a real person. And that’s why her story is the one I’ve been waiting for. 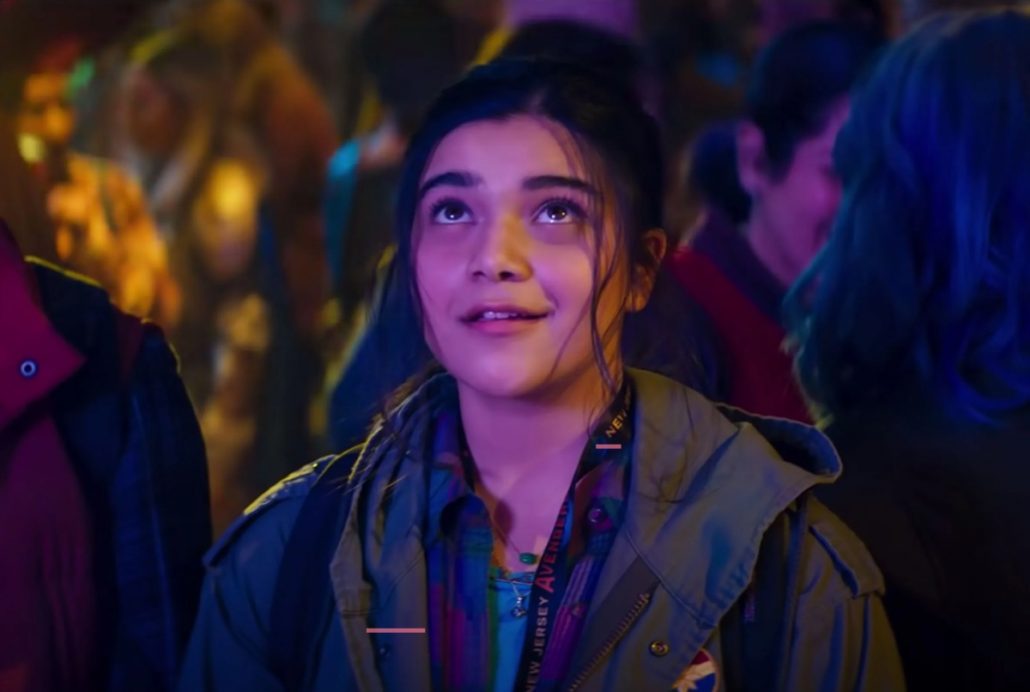 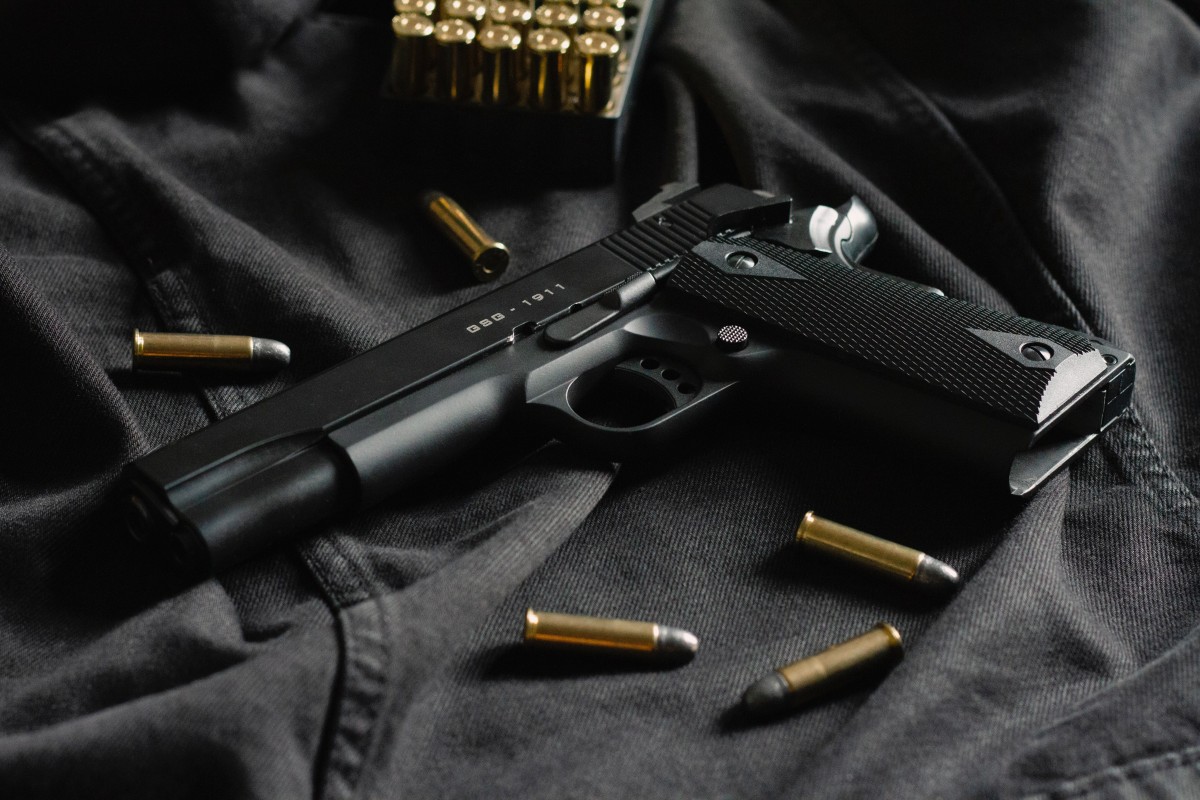 A Successful Banquet for the Palestine Children’s Relief Fund

The Key to Competitiveness

© 2020 MuslimObserver.com, All Rights Reserved
The First Ten Nights of Dhul Hijja! Why are they sacred?