She loves coffee, spicy chicken burgers and exclamation marks, and rocks a hijab. And on Monday 20 June 2022, Fatima Payman was confirmed as Labor’s newest Senator from Western Australia to sit in the Australian Federal Parliament in Canberra.

Being an Australian Senator is a long way from the beginning of her story as a young child aged 5 in 1999, when her father fled Afghanistan into Pakistan, and then “jumped on a boat and travelled the Indian Ocean to find a better life for his three children and his wife.”

Fatima speaks with pride of her parents. She describes her mother as “her biggest role model and superhero”, explaining that she established a driving school to teach multicultural women how to drive.

It took three years for her, her mother and her siblings to join her father in Perth, where the family struggled hard to settle in their new homeland, and to provide Fatima with the foundation to reach to the skies in their new land of opportunity, Australia.

Politics runs in Ms Payman’s blood. Her late father was the son of a politician in Afghanistan’s parliament. Politics was a topic of long discussions around the dinner table.

Her father had a vision for more inclusive environment, and for helping those less advantaged. His dream was for Fatima to one day make life better for people in Afghanistan by becoming a member of the Afghan parliament, because he never imagined that to be possible for his daughter in Australia.

Fatima is a former head girl of Australian Islamic College in Kewdale, obtained a Bachelor’s degree in Anthropology and Sociology and Graduate Diploma in Pharmaceutical Sciences from University of Western Australia.

She is currently studying for Masters in Public Policy at Macquarie University. She has a background in unions and the Labor movement where she started working as a volunteer for an upper house MLC in the WA Parliament, and also worked as a political organiser in a workers’ union, advocating for fair pay and better working conditions.

Fatima’s priorities are centred on giving everyone a fair go. She believes in her party’s motto of “no one held back, no one left behind”.

“Yes, I am the first hijab-wearing woman in parliament,” she says, “but it was my Labor values that carried me here.”

But she also hopes that her election will help normalise the idea of wearing a hijab. Many hijab-wearers around Australia will identify with the pivotal moment that Senator Payman describes as leading her to politics.

She was the only hijab-wearing person at an event with 200 people, when a senior lady came up to her and said, in a kind of condescending tone, “So how do you fit in all of this?”

Until that point, Fatima had not thought of herself as different from other Australians, but that comment made her feel “like a sore thumb sticking out and I thought that needs to change”.

Entering Parliament is part of driving that change. “Not only because Islamophobia has been rife in the media, but I want young girls who do decide to wear the hijab to actually do it with pride.”

Fatima will inspire young people from diverse backgrounds, saying, “I hope to be an inspiration to many other young Australians, that just because you believe in God, or just because you look different, it shouldn’t prevent you from being involved in such an important institution.”

This vibrant, well-educated young woman, with the support of an Australian public that voted for change and diversity, has exceeded her father’s dream. She says, “I know he would be proud of me.”

She sums up by saying, “You can’t be what you can’t see, and if that [Parliament] is not reflective of the general Australian public then how can you have complete faith that they can hear your voice, and be your voice in power?” 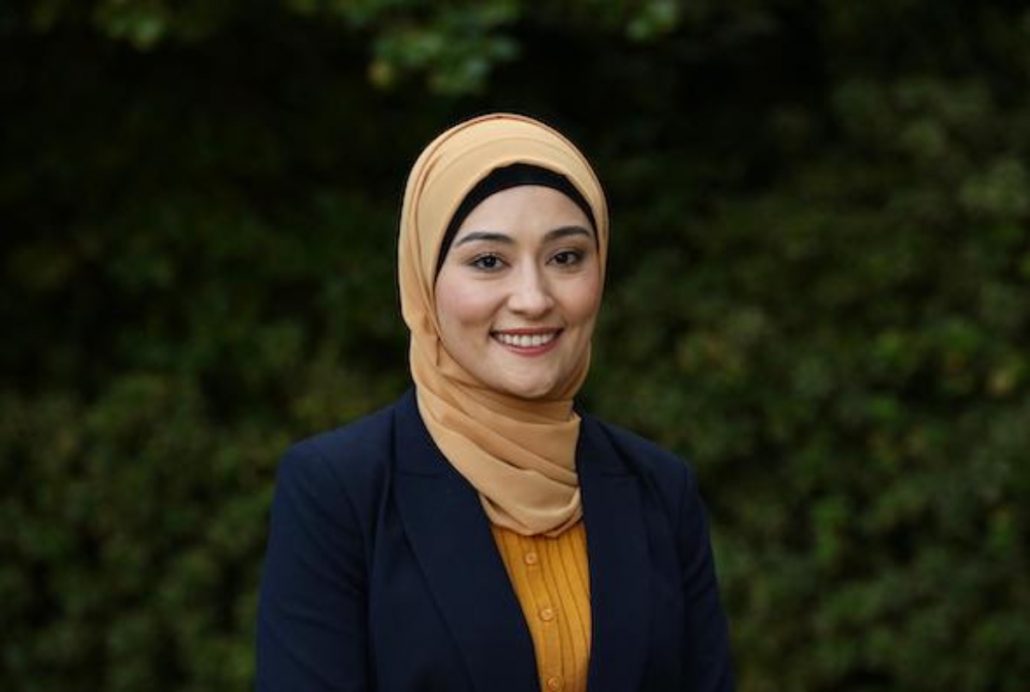 © 2020 MuslimObserver.com, All Rights Reserved
‘Ms. Marvel’ is the superhero show I’ve been waiting for

Derek Chauvin sentenced to over 20 years for violating George Floyd’s...
Scroll to top