Former Minneapolis police officer Derek Chauvin was sentenced to 21 years in federal prison on Thursday, seven months after pleading guilty for violating George Floyd’s civil rights, according to the Associated Press. During the sentencing, U.S. District Judge Paul Magnuson criticized Chauvin for his actions on May 25, 2020, noting that he “must be held responsible” for his actions including the lives of the other officers involved in Floyd’s death.

Chauvin kneeled on Floyd’s neck for more than nine minutes as the unarmed Black man pleaded “I can’t breathe.” His death sparked protests across the country emphasizing police brutality and how Black lives are treated.

“I really don’t know why you did what you did,” the judge said. “To put your knee on a person’s neck until they expired is simply wrong. … Your conduct is wrong and it is offensive.”

The federal charges against Chauvin included two counts for depriving Floyd of his rights by kneeling on his neck as he was in handcuffs, and by failing to provide medical care during the May 2020 arrest. While Chauvin initially pleaded not guilty to the federal charges, he changed his plea in December. During that time, he also admitted guilt to a separate federal indictment connected to allegations that he deprived a 14-year-old boy of his civil rights in September 2017.

According to NBC News, that guilty plea allowed Chauvin to avoid another high-profile trial, his sentence reflects 20 years for the charges related to Floyd and five months for the other case.

“For your actions, you must be held accountable,” Magnuson said before giving the sentence.

The sentencing comes as part of a plea deal Magnuson accepted in May, which called for a sentence of 20 to 25 years. Magnuson shaved seven months off of the 21-year sentence for time already served after Chauvin was convicted in a state court on murder and manslaughter charges related to Floyd’s May 2020 death and sentenced to 22 1/2 years. He will serve the state and federal sentences concurrently in federal prison.

While Prosecutor LeeAnn Bell had asked Magnuson to give Chauvin the full 25 years possible in the plea deal, nothing his experience, Chauvin’s attorney Eric Nelson had asked for 20 years, arguing that Chauvin was remorseful. However, Chauvin did not offer an apology nor showed remorse, instead prior to his sentence he wished Floyd’s children “all the best in their lives” and that they have “excellent guidance in becoming good adults,” CBS News reported.

The three other former Minneapolis police officers involved in Floyd’s death included Tou Thao, J. Alexander Keung, and Thomas Lane. They were convicted in February on federal civil rights charges in Floyd’s killing. According to the Associated Press, Magnuson has not set sentencing dates for them.

“This sentence should send a strong message that the Justice Department stands ready to prosecute law enforcement officers who use deadly force without basis,” Assistant Attorney General Kristen Clarke said. “While no amount of prison time can reverse the tragic consequences of Derek Chauvin’s violent actions, we hope that this sentence provides some small measure of justice for the families and communities impacted.” 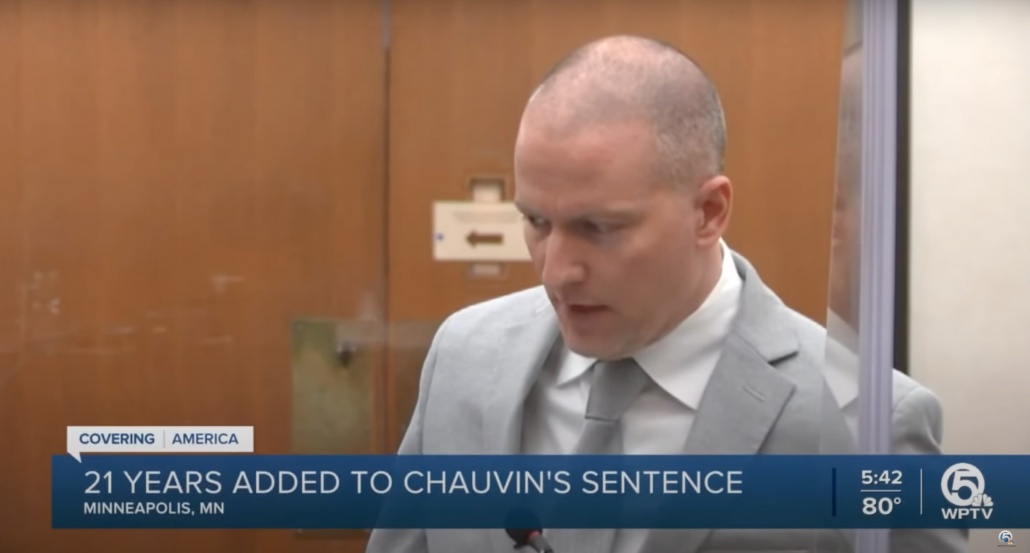 Turkey to Fight ISIS
By Ayla Jean Yackley and Oliver Holmes The Suleyman Shah tomb near the northern Syrian city of Aleppo. A vow…