Dr. Basheer Ahmed introduced the newly published book and made a brief presentation highlighting the features of his new book “The Rise and Fall of Muslim Civilization: Hope for the Future”on July 27. Mr. Usman Ghani, a member of the board of directors of IMPMS, arranged the successful event at Irving Library. He has invited imams and members of the Shura of Islamic Center of Irving, several community leaders, and dignitaries. The attendance surpassed expectations.

Dr. Ahmed made a brief presentation about the book and emphasized the importance of studying science and technology to gain the same status in the world as Muslims have during the medieval period. There was a lively interaction between the audience and Dr. Ahmed about the book, and many people expressed interest in holding a similar society in the Islamic Center of Irving.

In his latest book, launched on July 10, Dr. Basheer Ahmed offers fresh insight and perspective on Muslim history and the contributions of innovative developments in Science, Technology, and Mathematics (STEM) over a period of eight centuries.

Many Muslims may be wondering, why did the dominance of Muslim scientists in every field of knowledge for almost eight centuries (7th-15th) suddenly end in decline? Why are most of the Muslim nations now educationally backward, behind in industrial and scientific development, and poor? What went wrong?

From the 12th century on, universities in the Islamic world gradually stopped teaching science and philosophy, and all scientific laboratories and observatories were closed or destroyed. From the 15th century onward Muslims have done very little scientific work or published any book on any scientific subject. Within the pages of this book, Dr. Ahmed investigates the questions.

The book is more than a treatise; it is an anthology of Islamic sciences. It introduces the reader to the intellectual giants of the classical Islamic era and provides a roadmap of how learning flourished and then gradually declined.

Rich in historical background, the reader discovers the details of the rise and fall of the great Muslim civilization during the medieval years, but this book contains more than the history and development of STEM. It provides innovative solutions to bring about hope for days ahead for the youth of the world to step back into identifying problems and developing solutions to impact some of the greatest issues and challenges facing the world today.

Dr. Ahmed’s insightful treatment of the subject is reinforced by Prof. Nazeer Ahmed’s forward and selected essays from eminent scientists including Professors Parvez Hoodbhoy, Samir Iqbal, Aziz Budri, Irum Rahman, Bashoo Nasiruddin, Mirza Faizan and Mirza Rizwan. Written in a clear, lucid style, it is a book for students, teachers, scholars as well as the general public. The book motivates, inspires, and mentors today’s youth to become scientists and innovators and follow in the footsteps of their forefathers.

The price of the book is $20. You can contact Dr. Ahmed at mbahmed05@yahoo.com for further details.

The book can be purchased at amazon.com. 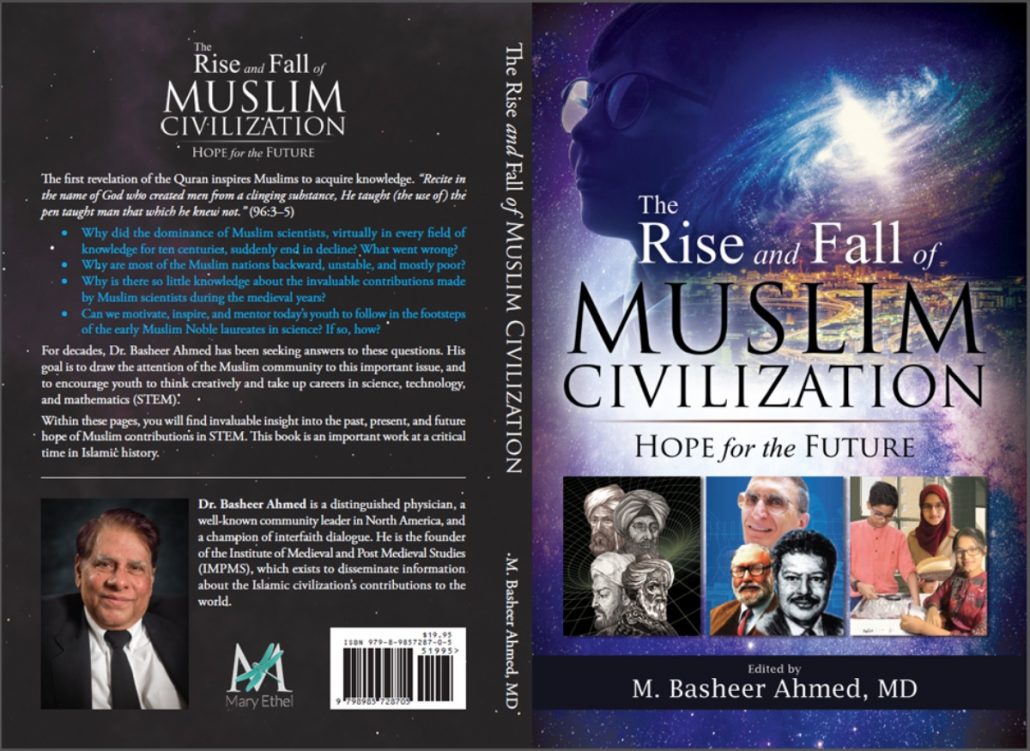 Houstonian Corner (V11-I14)
Calling Pakistan an Experiment at Birth Was Inappropriate: Ambassador Haqqani at the World Affairs Council â€œThere was no country by…

New Media in the Islamic World

© 2020 MuslimObserver.com, All Rights Reserved
South Africa Calls for Israel to be Labeled an “Apartheid State”