A prominent Pakistani Journalist and writer, Arshad Sharif, was shot by the Kenyan Police on Sunday, October 23rd, 2022, in a remote area outside the Kenyan capital Nairobi. The Kenyan Police say it was a case of mistaken identity.

Arshad Sharif was a Pakistani journalist, writer, and television news anchor. He specialized in investigative journalism and covered many political events in the country for national and international news organizations. He received had Presidential Pride of Performance award in 2019 for exceptional work in journalism and the Agahi award in 2021. Agahi awards are annual journalism awards in Pakistan.

Sharif had left Pakistan in August after an arrest warrant was issued for him following his interview on ARY TV with Shahbaz Gill.  Pakistani news channel ARY news was also briefly taken off air in August because of that interview. On August 31st, the channel reported that it was parting ways with Sharif, citing an agreement breach.

First time in Pakistan’s history, the head of the country’s Intelligence agency directly addressed the media in an unexpected Press Conference. At the beginning of the press conference, Inter-Services Public Relations (ISPR) DG Lt. Gen. Baber Iftikhar explained that the purpose of that day’s Press coverage was to shed light on the assassination of journalist Arshad Sharif in Kenya and the circumstances surrounding it. He was accompanied by Inter-services Intelligence (ISI) Chief Lt-Gen. Nadeem Ahmed Baber. They mainly spoke about journalist Sharif’s killing and former premier Imran Khan’s hostile narrative against the military, as well as a multitude of related issues. They discussed that Arshad Sharif was allegedly given propaganda on the cipher by Imran Khan. Also, the facts behind the cipher and Sharif’s death must be investigated. The role of ARY news and its CEO Salman Iqbal is unclear; Iqbal should be brought back to Pakistan. They also claimed that no one forced Sharif to leave Dubai. These were some of the significant issues that led to the circumstances that aided in Sharif’s death. The army was not pleased with the interview because the PTI government had harsh things to say about the military, which were communicated through Shahbaz Gill.

What exact role ARY news played as the broadcasting channel is unclear.  Arshad Sharif was doing his job by asking Gill the tough questions and discussing issues that he thought appropriate for which he had to leave the country and eventually lose his life.

Stephane Dujarric, the spokesman for the UN secretary-general, said in a press briefing on Monday that the circumstances behind the murder need to be investigated “thoroughly.” “The investigation results must be shared quickly,” he emphasized.

The Chairman of ARY Digital Network Haji Muhammad Iqbal announced lifelong financial support for Arshad Sharif’s family and the late news anchor’s children until adulthood. ARY News Chief Executive Officer (CEO) Salman Iqbal said he has been unable to return to Pakistan for the past six months because of the campaign against him by the current government.

He said, however, that he would cooperate with investigating the murder of renowned investigative journalist Arshad Sharif if questioned. In a statement on social media, Salman Iqbal said he doesn’t trust any “independent” commission investigating Arshad Sharif’s assassination. However, he is willing to provide answers to whatever questions are put forward to him.

Arshad Sharif was laid to rest on Friday in Islamabad after his funeral prayers were offered at the Shah Faisal Mosque. 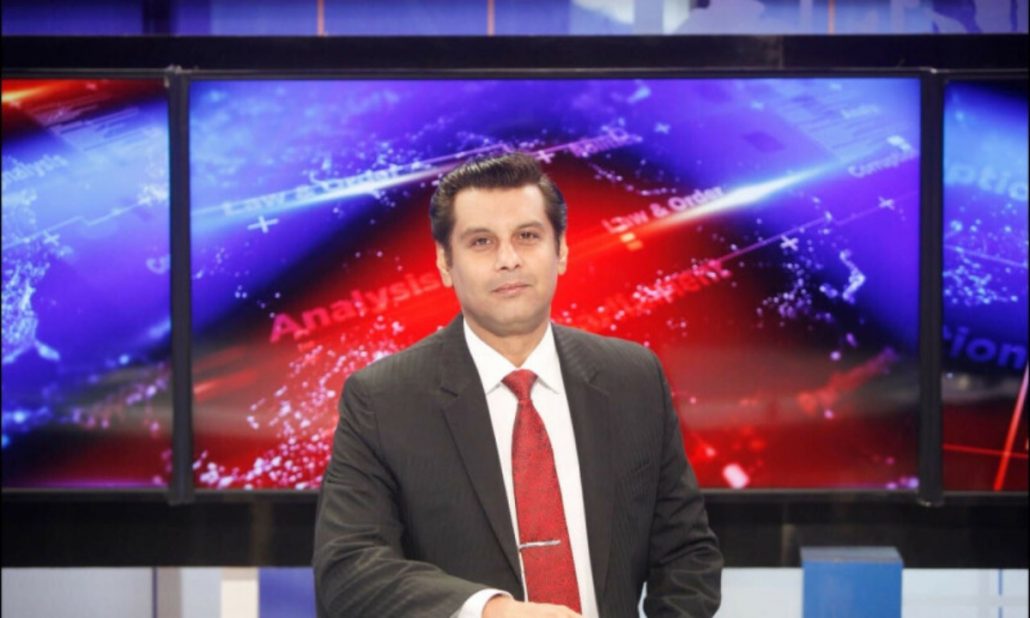 July 4th Message – Muslims have a special bond with America
By Dr. Mike Ghouse American Muslims consider July 4 as one of our cherished holidays. We uphold, protect, defend, and celebrate…