In a significant decision today, the Election Commission of Pakistan has disqualified PTI Chairman Imran Khan from running in the election, finding him guilty of not sharing details of Toshakhana (Toshkana is a cabinet control department where all the gifts given by world leaders and dignitaries Pakistani officials are kept) gifts and proceeds from their sale during his time as Prime Minister.

A five-member bench headed by Chief Election Commissioner (CEP) Sikandar Sultan Raja unanimously ruled against Khan.
In anticipation of a protest by PTI, security in the federal capital’s Red Zone has been on high alert all day, with at least 1,100 police officials deployed in the area under the command of a senior superintendent of police to control the law-and-order situation.

The disqualification for Imran Khan was filed by MNA Ali Gohar khan and five others under Article 63 of the Constitution. In August 2022, National Assembly Speaker Raja Pervaiz Ashraf sent a reference to the ECP under Articles 62A, 63A, and 223, seeking Khan’s disqualification in light of the Toshakhana scam.

The 28-page reference identified 52 gift items of Toshakhana received by former prime minister Imran, violating the law and rules, taken away at nominal prices, and most of the gifts were sold in the market, including some precious watches.

The assessed value of the gifts has been put at Rs 142,042,100. The gifts were received between August 2018 and December 2021. According to PML-N MNA Mohsin Shahnawaz Ranjha, Imran Khan received gifts such as watches from Saudi Arabia’s Crown Prince Mohammad bin Salman in his statement of assets submitted in 2018-2019. However, he withheld that information.

Earlier this month, the federal cabinet decided to formally start legal action against Khan after audios leaked allegedly featuring his voice and other PTI leaders in a discussion about a US cipher. The PTI chairman, and Asad Umar, secretary Azam of the PTI government at the time could allegedly be heard discussing the US cipher and how to use it in their interest.

In the first audio leak that emerged Wednesday, September 28th, 2022, Khan can be allegedly heard directing Azam to “just play” with the cipher. In response, the latter advised the ex-premier that they could fake the minutes of a meeting with Qureshi and foreign secretary Sohail Mehmood to bring the cipher on record. On September 30th, 2022, the federal cabinet took notice of the matter and constituted a committee to probe the contents of the leaked audios.

Both sides have been accusing one another of corruption and dishonesty. On October 20th, 2020, PTI’s Senior Vice President Fawad Chaudhry accused the election body of violating Article 5 of the Constitution. Talking to journalists, Fawad raised questions over the impartiality of Chief Election Commissioner (CEC) Sikandar Sultan Raja, saying, “the election commissioner behaves as if he is part of the PDM (Pakistan Democratic Movement).”

A day before his verdict, PTI Chairman Imran Khan approached the SC for a probe into the PM House audio leaks, another political scandal that stirred controversy recently. PM Shahbaz can allegedly be heard conversing with an unidentified person regarding the race to become the Special Assistant to PM.

The person can be heard telling the premier in the audio that Ayaz Sadiq claims that the PPP members are demanding a share from the quota of the SAPM [Special Assistant to PM.”] Shahbaz Sharif is allegedly heard replying, “Yes, of course. Bilawal said so.”

Later, the person says, “Let’s see now. Then, we have to appoint Zafar Mahmood and Jahanzeb. I will tell you a final number later on.” Shahbaz Sharif allegedly responds, asking him to share [the details] with the doctor. “Share with others as well, not just PPP people,” he said.

The unidentified person continues, “then, the JUI and MQM will also demand. One MQM member, Malik Ahmad Ali, says he had a critical role in making this whole deal possible.” Sharif allegedly asks about the MQM man. The other person replies that he is from Karachi.

In his plea, the former premier asked to form a joint investigation team (JIT) or a judicial commission to investigate the bugging of the PM House. He has also urged the High Court to declare the surveillance, data recording, and audio leaks of the PM House and PM Office illegal.

Fawad Chaudhry said his party had filed another petition in the apex court related to the audio leaks. It raised the point that the audio leaks from the PM’s Office should be equivalent to contempt of the office.

Soon after the verdict was announced, the PTI leader Fawad Chaudhry asked the public to come out of their homes “for their rights” while speaking to the media. He called the ECP ruling a “slap in the face of 220 million people” and said that “today is the beginning of the revolution. Going on to state that “just anyone cannot disqualify Imran Khan. Only the public can do that.”’

When asked by the media what is next for PTI and Imran Khan, Fawad Chaudhry said they would do whatever was legally necessary to overturn this ruling.

The former premier has maintained that the sale of the gifts that he had procured from the state treasury after paying Rs21.56 million fetched about Rs58m. One of the gifts included a Graff wristwatch, a pair of cuff links, an expensive pen, and a ring, while the other three gifts included four Rolex watches. 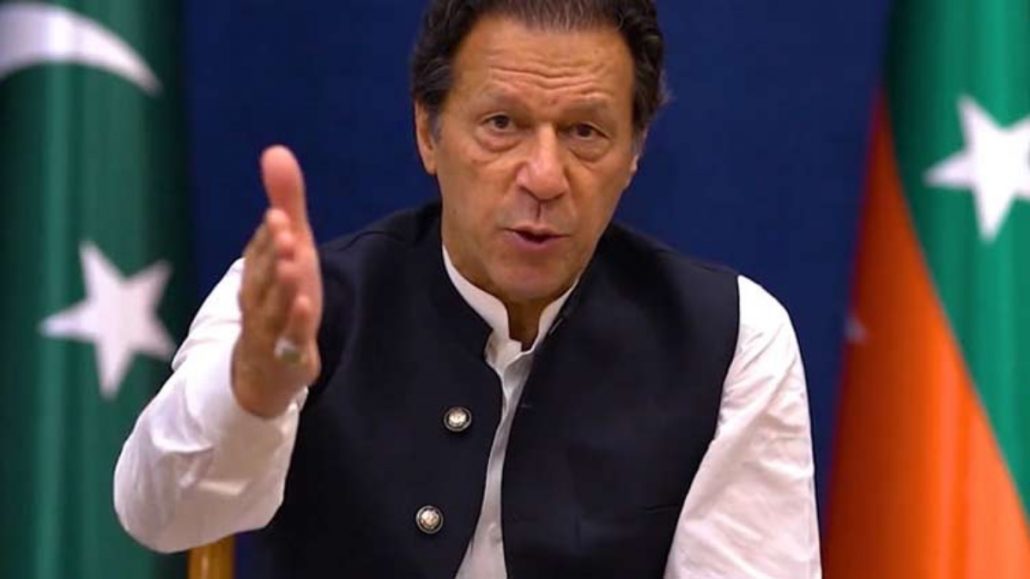