Last week, an Iranian woman of Kurdish descent Mahsa Amini died in the custody of Iranian Morality police after being picked up for not complying with the country’s laws mandating hijab, the Islamic dress code requiring women to cover their body except their hands and faces. Since then there have been protests throughout the country against the government and its laws which featured many burning the hijab in an act of defiance. This has also led to increased international pressure with renewed sanctions.

According to Al Jazeera, The Biden administration has sanctioned Iran’s so-called “morality police” for alleged abuses and violence against Iranian women and protesters, as Iranians have taken to the streets over the recent death of a 22-year-old woman after her detention by the police force.

On Thursday, the U.S. Department of the Treasury sanctioned the country’s “morality police”, as well as seven leaders of Iranian security organizations that it said “routinely employ violence to suppress peaceful protesters and members of Iranian civil society, political dissidents,”

In that sense, previous sanctions were specified to cover the institution which is responsible for enforcing Iran’s laws regarding dress. Iranian police officials deny her death was due to mistreatment in their custody and say Amini was detained for wearing pants that were too tight. They further expressed condolences to Amini’s family in the aftermath of the backlash.

The Iranian government though expressing regret for the death of Amini was firm against what it saw as the spread of false rumors and in defense of its own laws. According to Al Jazeera, “ In a statement, the IRGC expressed sympathy for the family and relatives of Amini. “We have requested the judiciary to identify those who spread false news and rumours on social media as well as on the street and who endanger the psychological safety of society and to deal with them decisively,” the group said.

Amini’s case has struck a chord with many across Iran, amid growing anger over civil liberties, as well as economic hardships linked to sanctions.” In that sense, there is debate even amongst people who oppose Iran’s regime and or policies on the right ways to go about pursuing change in Iran. Furthermore, there are varying estimates about how many people have died with government estimates being lower and human rights organizations being higher.

While there is much to criticize about Iran and its government, Muslims should be cautious about giving blanket support for the latest round of protests in the country. To begin, regardless of the context, burning the hij?b in a derogatory way is unacceptable. It is at the very least encouraged in the Qur’?n with pretty much all classical Islamic scholars saying that it is mandatory. That’s a separate discussion from whether or not a ruler has the right to enforce this requirement, but by denigrating something which has become so important for the religiosity of hundreds of millions of Muslim women throughout the world, the protestors have not only set themselves against the Iranian government but against practicing Muslims everywhere.

If an oppressive Christian government was forcing people to wear crosses, breaking crosses would be no less anti-Christian just because of that. Additionally, by setting themselves against the hij?b as opposed to just the government forcing them, they have fed into campaigns against Muslim dress in many parts of Europe and India which seek to ban the garments.

Ironically, both Iran and these oppressive non-Muslim governments are trying to dictate how people dress, one in the name of freedom, the other in the name of Islam. Though, the former is noticeably more inconsistent as they claim to be defending freedom. Furthermore, sanctions generally hurt those who are the least responsible for the evils in a country, and more productive means of supporting those who wish to reform Iran should be pursued. In that sense, it would behoove the Iranian opposition to specify exactly what they are seeking if they want more widespread international support and Muslim support in particular. 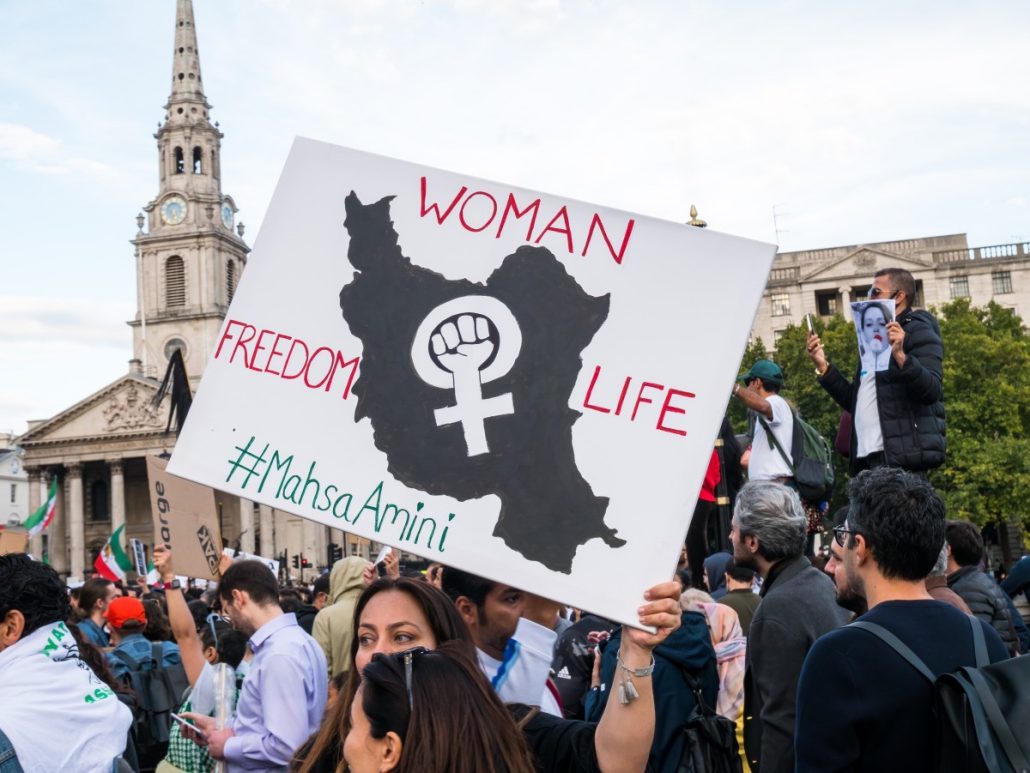 Hezbollah: US Does not Want Post-war Reconstruction

“There is Very Little to Celebrate This Year’s ‘Eid”
By Aijaz Zaka Syed How time flies! Ramadan is gone and Eid as well, before one could really live and…

© 2020 MuslimObserver.com, All Rights Reserved
Dozens of Soldiers killed in Clash between Turkmenistan and Kyrgyzstan in Border...

Yusuf al-Qaradawi: The Humblest Scholar of Our Generation
Scroll to top