The author had the opportunity to spend two days with Dr. Yusuf al-Qaradawi when he visited in India in the 70s. The Jamat e Islami assigned the author to take him around. During the two days, we visited Delhi University and Jawahar Lal University. He did not mind riding the back seat of a Vespa scooter and eating lunch at the JNU street food store. He was straightforward and had a great sense of humor.

He was the last of the Muslim scholars who tried every theological avenue to blend tradition with modernity. He was one of those few who retracted his juristic position after realizing that he had made a mistake in his judgment. Yet, he never showed arrogance for his knowledge and scholarship. Even though he grew up in the culture of Ikhwan ul Muslimeen, he always rose above his organizational loyalties when serving the cause of humanity and Islam.

His critics called him names, and he never retaliated with anger. His enemies were after his life; he never sought intervention except from his Creator to seek protection, and his critics tried to accuse him, but he never hurt them back.

A man of extreme mild manner, a humble servant of God, returned to his final abode on September 26 after enlightening his world for almost 96 years.

He was the last of the Muslim scholars who tried every theological avenue to blend tradition with modernity. He was one of those few who retracted his juristic position after realizing that he had made a mistake in his judgment. Yet, he never showed arrogance for his knowledge and scholarship. Even though he grew up in the culture of Ikhwan ul Muslimeen, he always rose above his organizational loyalties when serving the cause of humanity and Islam.

Born on September 9, 1926, in a small village Saft Turab rural in the Nile Delta, now in Gharbia Governorate, Egypt, Yusuf al-Qaradawi lost his father when he was under two. His uncle raised him. The world population was 1.86 billion at that time. When he left the world, a great majority of about two billion Muslims out of eight million people knew him through his works, particularly the Sharia and life and the Prohibited and the Permitted and Prohibited in Islam.

France and U.K. denied him entry into their countries, but they could not stop his writing from reaching millions.

After his initial studies in Tanta, he studied Islamic Theology at the Al-Azhar University in Cairo, from which he graduated in 1953. He earned a diploma in Arabic Language and Literature in 1958 at the Advanced Arabic Studies Institute. After that, he enrolled in the graduate program in the Department of Quran and Sunnah Sciences of the Faculty of Religion’s Fundamentals (Usul al-Din) and graduated with a master’s degree in Quranic Studies in 1960. In 1962, Al-Azhar University sent him to Qatar to head the Qatari Secondary Institute of Religious Studies. He completed his Ph.D. thesis titled Zakah and its effect on solving social problems in 1973 with First Merit and was awarded his Ph.D. from Al-Azhar.

He was in prison under King Farouq in 1949, then three more times during the term of President Gamal Abdul Nasser. Finally, he left Egypt for Qatar in 1961 and did not return until the overthrow of the military regime by the 2011 Egyptian Revolution.

In 1977, he laid the foundation for the Faculty of Shari’ah and Islamic Studies at the University of Qatar, became the faculty’s dean, and founded the Centre of Seerah and Sunna Research.

In 1997, Al-Qaradawi helped found the European Council for Fatwa and Research, a council of important and influential Muslim scholars dedicated to researching and writing fatwas in support of Western Muslim minority communities based in Ireland, and he served as its head. He also served as the International Union for Muslim Scholars (IUMS) chairman.

In the wake of the 2011 Revolution, he returned to Egypt for the first time since leaving in 1961.

He opposed religious extremism of all kinds. However, in his dissertation on Islamic awakening between Rejection and Extremism, he blames older Muslim generations for extremism among Muslims.

He advocated Sufism and practiced it also. He sought reconciliation between Shias and Sunnis and Muslims and non-Muslims.

Qaradawi wrote that Islam does not prohibit Muslims from being kind and generous to people of other religions. However, Islam looks upon the People of the Book, Jews, and Christians; he advised Muslims to avoid approaches that may arouse hostility towards others.

He opposed punishment for apostasy and asked Muslims to guard the values of their religion. He was an ardent supporter of democracy and advocated the establishment of city states with a religious background. He opposed theocracy.

He described Islam as the religion of tolerance that holds the human soul in high esteem and considers the attack on innocent human beings a grave sin. He opposed domestic violence, niqab, female genital mutilation, honor killing, and stoning by death.

Al-Qaradawi supported and advocated Mawlid and suggested that using the birth date of Muhammad in remembrance of his life story is not bid’ah. It is encouraged in Islam to do a good action by our good examples and that they may successively follow them till the End of Time.

Al-Qaradawi was born in Egypt but lived in Qatar. He had three sons and four daughters, three of whom hold doctorates from British Universities. His daughter, Ilham Yusuf Al-Qaradawi, is an internationally recognized nuclear scientist.[His son, Abdulrahman Yusuf al-Qaradawi, is a poet and a political activist in Egypt.

Al-Qaradawi authored more than 120 books, and his academic style

Some consider his book Fiqh al-Zakat as the most comprehensive work in the area of Zakat. Abul Ala Maududi commented on it as “the book of this century in Islamic jurisprudence (fiqh).”

His book Fiqh al-Jihad is the most popular one. The Guardian writes: Qaradawi encourages a “middle way” conception of jihad: “solidarity” with the Palestinians and others on the front line, rather than violence, is an obligatory form of jihad.

Yusuf al-Qaradawi wrote many books, some of which were in English:

Amongst his dozens of works in Arabic are:

He has also published some excerpts of his poetry in the book Nafahat was Lafahat. Al-Qaradawi has also been the subject of the book The Global Mufti: The Phenomenon of Yusuf al-Qaradawi, published by Columbia University Press.

Dr. Qaradawi led the funeral prayer of Syed Maududi in 1979. 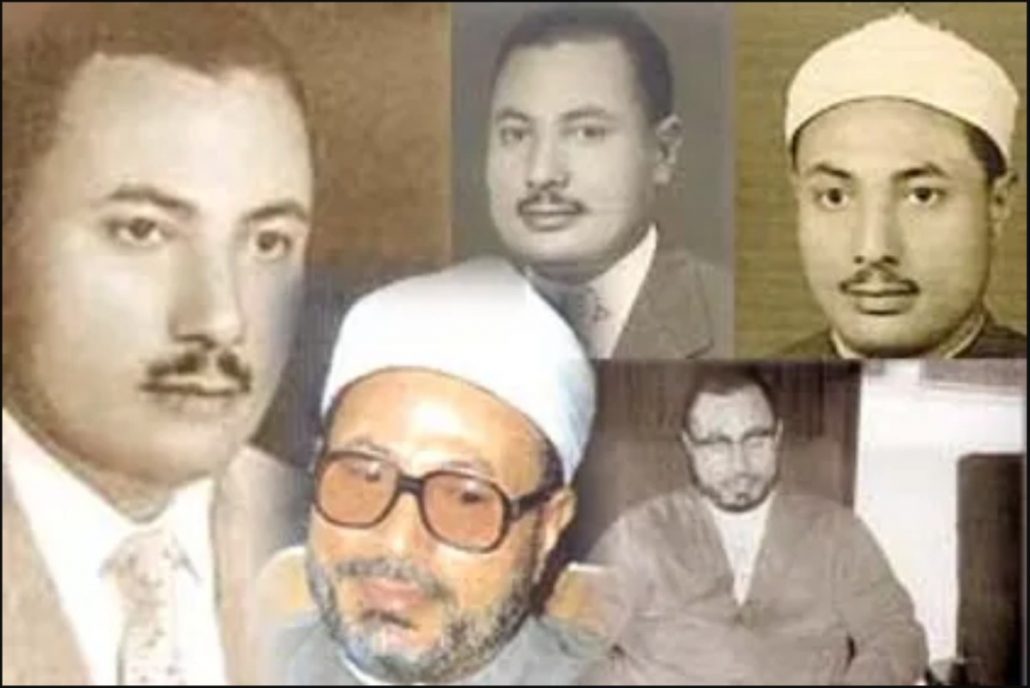 Op Ed: Is Picking Out Muslim Americans at the Borders Constitutional?
Scroll to top