In news that has disheartened the Muslim community across the country, the Council on American-Islamic Relations (CAIR)—the largest U.S. Muslim advocacy organization—has fired the head of its Ohio chapter after allegations that he shared confidential information with an anti-Muslim hate organization.

According to a news release by CAIR-Ohio, Ohio Chapter Director Romin Iqbal admitted to working with the Investigative Project on Terrorism (IPT), a self-described “data center on radical Islamist terrorist groups,” when confronted with the evidence of his misconduct.

“After being confronted with clear evidence of misconduct, Iqbal admitted that he had been secretly working with the anti-Muslim hate group,” CAIR said in the news release. “This betrayal and violation of trust was planned and purposeful, taking place over a period of years.”

According to Reuters, a Georgetown University research project on Islamophobia found that the founder of the IPT, Steven Emerson, has “a history of promoting falsified information and conspiracy theories about Islam and Muslims.” Emerson is also considered an anti-Muslim activist by the Southern Poverty Law Center.

In an emailed statement to Reuters, the IPT alleged that CAIR has ties to the Palestinian militant group Hamas and said it would “not hesitate to uncover and publicly expose radical Islamist activity on American soil by groups like CAIR, which threaten our national security.” CAIR has denied those claims.

The news of Iqbal’s termination follows efforts by CAIR’s national office to investigate evidence that indicated IPT was attempting to infiltrate Muslim American organizations, including CAIR, using “moles.” After hiring a specialist, the national organization found that Iqbal had been sharing information, “including surreptitiously recorded conversations, strategic plans and private emails,” with the IPT.

“It is a complete act of betrayal,” Whitney Siddiqi, CAIR-Ohio community affairs director, said during a news conference Wednesday morning, according to WVXU. “He was sharing confidential information, audio recordings of meetings with our national leadership and emails.”

According to a press release, evidence CAIR received last year also showed that IPT was “communicating with and providing assistance to Israeli intelligence with the office of then-Prime Minister Benjamin Netanyahu.”

But that’s not all: Hours after Iqbal’s termination, the CAIR-Ohio office in Columbus also discovered recent “suspicious purchases” from ammunition and gun retailers made on a credit card that was administered by Iqbal, according to Siddiqi. The office also received a package on Tuesday containing parts to an AR-15 rifle.

“We know this is heartbreaking. We know it’s shocking,” Siddiqi said. “We know it is honestly a feeling that many of us can’t describe right now. But our work to protect Muslims, to defend Muslims transcends any one individual and, if anything, this has motivated us, this has reinvigorated us to do the work that we do.”

While CAIR cannot confirm Iqbal made the purchases, it is considering taking legal action against Iqbal for his alleged breaches of duty, CAIR’s Executive Director Nihad Awad told NPR.

“For years, Mr. Iqbal was secretly sharing confidential information about our civil rights work—including surreptitiously recorded conversations, strategic plans and private emails—with anti-Muslim extremists,” Awad said according to NPR. “He did this in violation of his ethical duties to the organization and his moral duty to protect the Ohio Muslim community.”

According to The Columbus Dispatch, Iqbal has been outspoken against issues of Islamophobia and working with CAIR since 2006. Since his work primarily dealt with combatting anti-Muslim hate groups, his involvement in one came as a shock to colleagues and the Muslim community as a whole.

The breaking of the trust the community had in him devastated them the most.

“The majority of our Muslim community are first-generation immigrants, so working with them, building trust is very important,” Imran Malik, a first-generation Pakistani immigrant and an interfaith director at the Noor Islamic Cultural Center, told the Columbus Dispatch. “This is someone who was trusted as a leader, a caretaker and was put on a pedestal. And this just completely shattered that trust that would take years and years to rebuild.”

But despite the heartache, the community holds strong and sees this issue as a lesson to grow and prioritize safety.

“This is going to be a learning process internally for our communities that we rethink who do we put forward as our ambassador, as our advocate, as a decision-maker,” Malik said. “There has to be a more diligent process of vetting that needs to go into these kinds of community decisions.”

As a precaution, CAIR is asking local mosques and community members to stay vigilant and to work on their security measures.

“We were shocked and saddened to learn about this betrayal and incredible violation of trust,” said Nabeel Raazi, Columbus-Cincinnati Board chair of CAIR-Ohio. “Our first priority is the safety and security of our community. We are now even more committed to defending and protecting Ohio Muslims from the anti-Muslim extremists who will clearly stop at nothing to try to harm us.”

Additionally, the Columbus Community Relations Commission has taken this opportunity to remind residents to report discrimination and civil rights cases to the city.

Local law enforcement is looking into the incident and the FBI has also been notified of Iqbal’s actions. 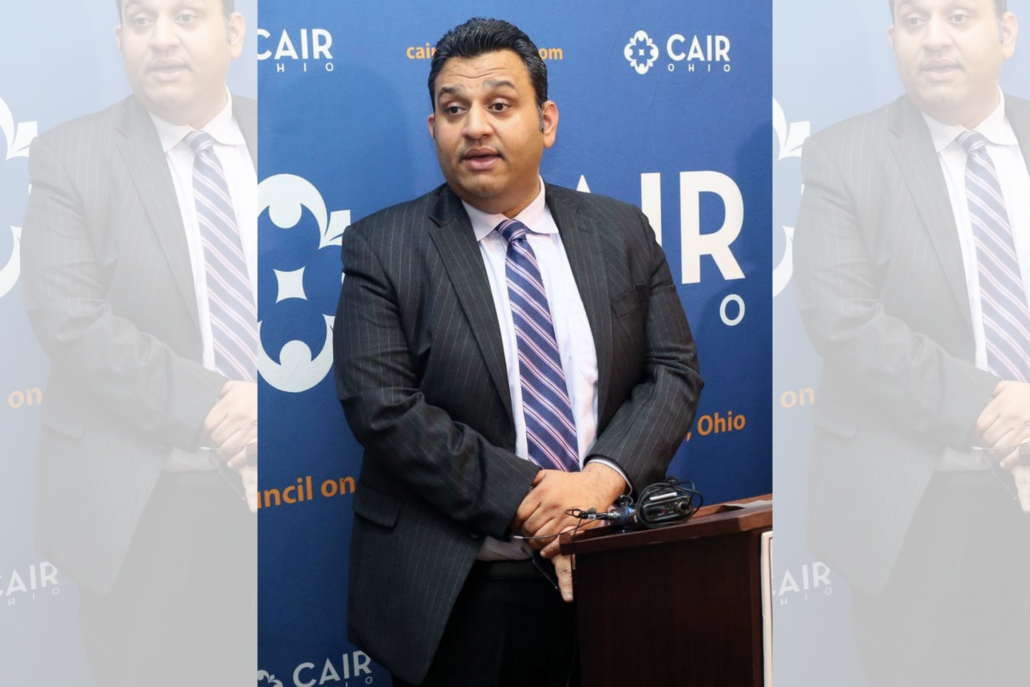 Miracle Tree in Ruku in Australia

The Spelling Bee
By Sumayyah Meehan, TMO The very first spelling bee was held in Birmingham, Alabama on July 17th 1876. The term…