A Columbus man has been charged in relation to the viral story of a pregnant 10-year-old girl who had to travel from Ohio to Indiana for an abortion. According to the Columbus Dispatch, 27-year-old Gershon Fuentes has been charged with one count of rape involving the 10-year-old victim. Fuentes allegedly confessed and turned himself in to authorities as the child’s rapist on July 6. He admitted to raping the child on at least two occasions.

According to the Dispatch, Columbus police officials were made aware of the girl’s pregnancy through a referral by Franklin County Children Services made by her mother on June 22. A detective then testified at Fuentes’ arraignment that the victim underwent a medical abortion on June 30.

Court records indicate that Fuentes appeared in court Wednesday and was given a $2 million bond. Officials also testified that DNA from the clinic in Indianapolis is being tested against samples from Fuentes, as well as the child’s siblings, to confirm his paternity.

Both the criminal charges and testimony from the Columbus detective confirm that the viral story is true, even though its legitimacy was questioned. The story sheds light on the horrendous consequences that have resulted from the Supreme Court’s decision to overturn Roe v. Wade.

The original story was first reported by the Indianapolis Star, which wrote about the physician who provided the abortion.

Abortion supporters across the country took to social media to emphasize the real-time consequences of abortion bans.

“Just last week, it was reported that a 10-year-old girl was a rape victim in Ohio — 10 years old — and she was forced to have to travel out of the state, to Indiana, to seek to terminate the pregnancy and maybe save her life,” Joe Biden said during a speech on reproductive rights last Friday. “That’s — the last part is my judgment. Ten years old. Ten years old. Raped, six weeks pregnant. Already traumatized. Was forced to travel to another state. Imagine being that little girl. Just — I’m serious — just imagine being that little girl. Ten years old.”

As the story went viral, conservative media outlets quickly claimed it was a false narrative that was unproven.

Even Ohio Attorney General Dave Yost questioned the validity of the story during an appearance on Fox News and claimed the story was being spread with a political motive.

“We have regular contact with prosecutors and local police and sheriffs—not a whisper anywhere,” Yost said regarding the case.

But that’s not all: He continued to spew allegations that the story was fabricated in other interviews, as late as this week.

“I know the cops and prosecutors in this state,” Yost said in an interview with TODAY Network Ohio on Tuesday. “There’s not one of them that wouldn’t be turning over every rock, looking for this guy and they would have charged him. They wouldn’t leave him loose on the streets … I’m not saying it could not have happened. What I’m saying to you is there is not a damn scintilla of evidence. And shame on the Indianapolis paper that ran this thing on a single source who has an obvious axe to grind.”

Of course, things changed within a day. When the arraignment was announced Wednesday, Yost issued a single-sentence statement:

“We rejoice anytime a child rapist is taken off the streets.”

Now that the case has been confirmed to be true, conservatives are focusing on the fact that the perpetrator might be undocumented; multiple outlets have described him as “illegal.” This enables them to further their agenda of anti-immigration policies.

Following the Supreme Court’s decision to overturn Roe v. Wade, Ohio activated the state’s Heartbeat Law. The law was passed as a trigger ban and expected to take effect shortly after Roe was overturned. It prohibits all abortions six weeks after conception, or earlier if “fetal heart activity” is detected, and does not allow exceptions for rape or incest.

According to IndyStar, data confirms the frequency of reports of sexual abuse of children. An analysis of Columbus police reports since May 9 found 50 reports of rape or sexual abuse involving a person 15 years or younger. Additionally, in 2020 there were 52 abortions in children 15 or younger in Ohio, according to data from the Ohio Department of Health.

According to the Independent, at least three men have been charged in the town of Revenna, Ohio, alone within the past several weeks for rapes that occurred between Jan. 1 to June 25. This sheds light on the ongoing issue of child abuse in the state. Without exceptions for rape, Ohio’s abortion ban not only takes away reproductive rights but further traumatizes survivors of trauma. 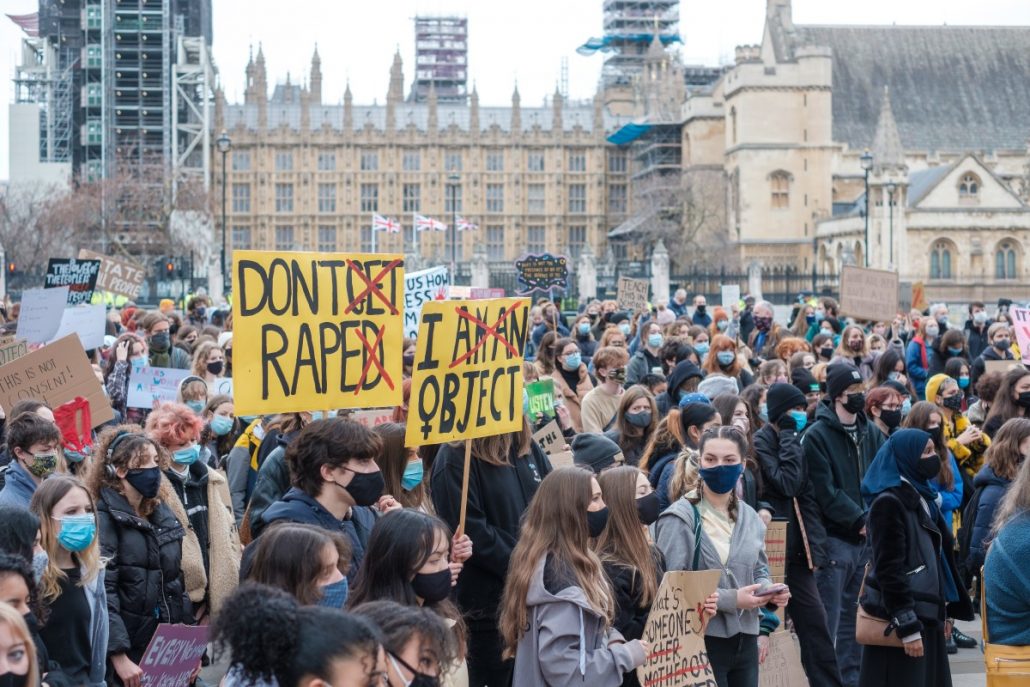 Obama Promotes Wider War in Afghanistan
Another presidential race between pro-war candidates Courtesy Jerry White, WSWS It is clear that the presidential campaign of Barack Obama…

Hijra: A Journey that Changed the Course of Human History
Scroll to top