My American Dream: A book review

Anis Ansari gave a new meaning to the popular phrase, “The American Dream.” To him the American dream does not only mean a good and comfortable life for him and his family; it also includes his passion and commitment to serve, as best as possible, the humanity around him. It is a story of his physical, spiritual, and intellectual journey that took many turns as well as ups and downs, and made him what he is today: a physician par excellence, an ambassador of his faith, Islam, a media commentator and writer, a committed father, husband, brother and friend, and an ever-ready human being to serve the people in his community.

The book is divided into eight different sections, each providing a unique perspective about his encounter with himself, as he waas growing up, and with different factors in the environment around him. He learned from his experiences as he matured through the time. First and foremost, it seems serving others was a deeply rooted family tradition. Despite being a person with meager resources, his grandfather built a mosque in front of his house for the benefit of the entire community; the grandma taught Qur’an to the boys and girls from the neighborhood. The mother played a major supportive role in his father’s carrying out of Islamic activities besides raising four children and hosting numerous guests who would visit the house frequently. Ansari’s role model was his father, the late Dr. Abdus Salaam Ansari, whose life was an embodiment of service, dedication to God and the servants of God, and striving for excellence in all that he could do in his life. Anis Ansari has been successfully pursuing the unfulfilled dreams of his late father as well as those of his own.

In pursuit of a medical degree Ansari travelled to and lived in Dominican Republic, the Philippines, New York City, and Chicago. He interacted with both Muslims and non-Muslims in each of these places and enriched his knowledge of different cultures, faiths, and traditions. As he began practicing medicine as a nephrologist, he focused on two things: acquiring excellence in his profession and dedicating himself to benefit others from his professional knowledge. For this he learned the skills and techniques of media relations. Ansari worked hard to improve his writing for media. He has written more than 60 medical articles and close to 35 religious articles that have been published in Clinton Herald, The Quad City Times, The Muslim Observer, a bi-weekly newspaper serving the U. S. Muslims, and Radiance Views Weekly, a leading English magazine published from New Delhi, India.

Anis Ansari’s professional contributions and community services have been well recognized by his peers and the community. In 2012, he received the Spirit of Excellence Award from Mercy Medical Center for living the dream of the hospital and coming through in exceptional circumstances. In 2013, he was recognized as a “Leading Physician of the World and Top Nephrologist in Clinton” by the International Association of Healthcare Professionals. He was also named Medical Director of Eagle Point and Rehabilitation Center in 2013 and the following year became medical director of Beacon of Hope and Hospice Company.

Ansari also contributed to the organization and development of the Muslim communities in the Quad-City area and in Clinton, Iowa. He played an active role in the formation of Muslim community organizations in Moline, Illinois, Davenport and Bettendorf, and Clinton, in Iowa. At all these places there is now a well-established mosque and Islamic Center, and each bears the fingerprints of Dr. Anis Ansari. Ansari was instrumental in the formation of the Islamic Society of Clinton, Iowa, in purchasing a building and converting it into a mosque and in leading the community to various intra-faith and interfaith activities.

In fulfilling the dream of his late father, Ansari, and his family, established Dr. Abdus Salaam Ansari Memorial Society in India, got it registered with the state government agencies in 1993, and established a girls’ school that now imparts education up to 12th grade. In 28 years since it began operation, it has served hundreds of students who otherwise could not have afforded any education at all. Besides running the school, Ansari organizes yearly medical camps and other charitable activities to benefit the residents in his hometown of Kopaganj and the surrounding communities.

I have shared with you some of the highlights of the life and achievements of my dear friend, Dr. Anis Ansari. I am sure the detailed accounts of the above in this book will provide an interesting read and an inspiring and enriching experience. He is a navigator, a leader, a true serviceman, and an inspiring person whose autobiography is now in your hands. I am sure you will join me in wishing him and his family all the best and many more years of a productive and fulfilling life.

This book is available on Amazon.com 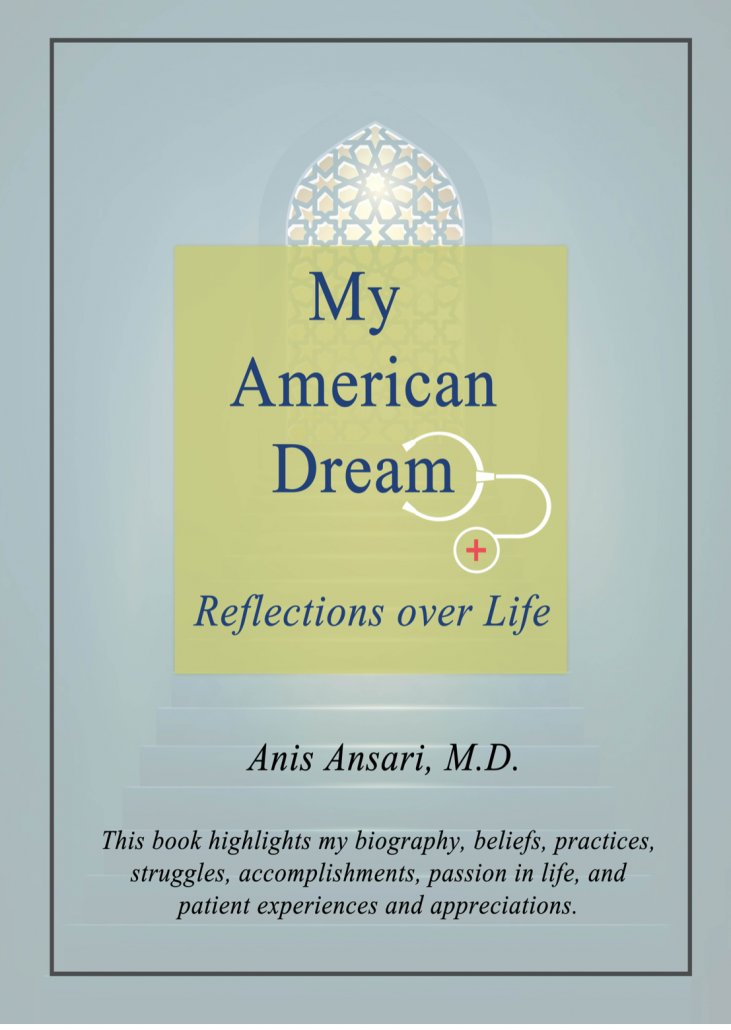