Muslim Americans acted responsibly to de-escalate the tensions between Shias and Sunnis after discovering that a Sunni Muslim man was a suspect in the murder of four Muslims in Albuquerque, NM, three of whom were Shias and the fourth a Sunni. They held a joint press conference in Washington, DC and Albuquerque to denounce the killing while pledging for better understanding between the two communities.

The suspect is a 51-year-old immigrant from South Asia who reportedly was unhappy over his daughter’s decision to marry a Shia man.

Shias are about 10 percent of the Muslim population in the US, and a Pew Research study puts their number at 325,000. By and large, the two communities have cordial relations in places like Michigan, Southern California, Dallas, Houston, and New York, where both the communities hold regular meetings. Still, some undercurrents often cause unspoken tensions between the two. For example, there are Imams and scholars in American mosques run by Sunnis who denounce Shias as Kafir. Simultaneously, some Shias condemn the early generation of Muslims, notably the first three Muslim Caliphs and Ayesha bint Abu Bakr, the wife of Prophet Muhammad, for their opposition to Ali Ibn Talib, the Prophet’s son-in-law and the fourth Caliph as the genuine successor. The literature found in Arabic, Urdu, Persian, Turkish, English, and other languages spoken by Muslim American immigrants often highlight the tensions between the two in a hostile manner. Millions of videos promote a sectarian view to question the Islamic legitimacy of the other and add fuel to the fire.

However, the Muslim community in New Mexico and other places maturely responded to the incident and focussed on the commonalities between the two communities while denouncing the violence. The members of the two communities attended the funeral of all four victims, and the President of the mosque, identified as Sunni, was the first to break the news of the suspect’s arrest. Even though the violence had a sectarian angle, the two communities refused to view it as an extension of sectarian conflict.

Muslim Americans representing various ethnic and sectarian groups are unique in the history of world Muslims. Theirs is the rare generation that enjoys the freedom to practice religion and their sectarian ideals in a society that does not interfere with their belief system. They are free to establish their institutions and places of worship, as the freedom allows them to learn about differences among them and live with them peacefully. Individual outbursts to settle personal scores in a sectarian context are neither wise nor constructive.

What happened in Albuquerque was an individual outburst rooted in misogyny and a false community narrative. How can a girl defy her father and marry a man of her choice? Why must she choose a man who came from a community who I often heard from my Imam or religious scholar in the country of my origin as Kafir? These must have been the mindset of the suspect killer.

Shias and Sunnis have a right to believe in a narration of history they prefer to call authentic. But they have no right to denounce each other as Kafir based on their perspectives. Similarly, they have a right to expect their children to adopt their values in choosing their lifestyle. Yet, if they decide to find their path, the parents cannot express their rejection in violence.

The senseless violence against Shias is abhor-able. Their Islamic legitimacy is beyond question. Anyone who declares them Kafir does not belong to a Muslim place of worship. Similarly, Shias must also question those who delegitimize early companions of Prophet Muhammad to curse them as kafir. Suppose Islam has some meaning in the lives of Muslims and the people in general. In that case, the two communities must rise above the historical traditions they often prefer over divine guidance.

Four young men lost their lives because of an individual outburst rooted in false notions about communities and people from a communal perspective. The United States offers both Shias and Sunnis an opportunity to overcome the historical prejudices that divide them and develop an idiom that shows respect and dignity. 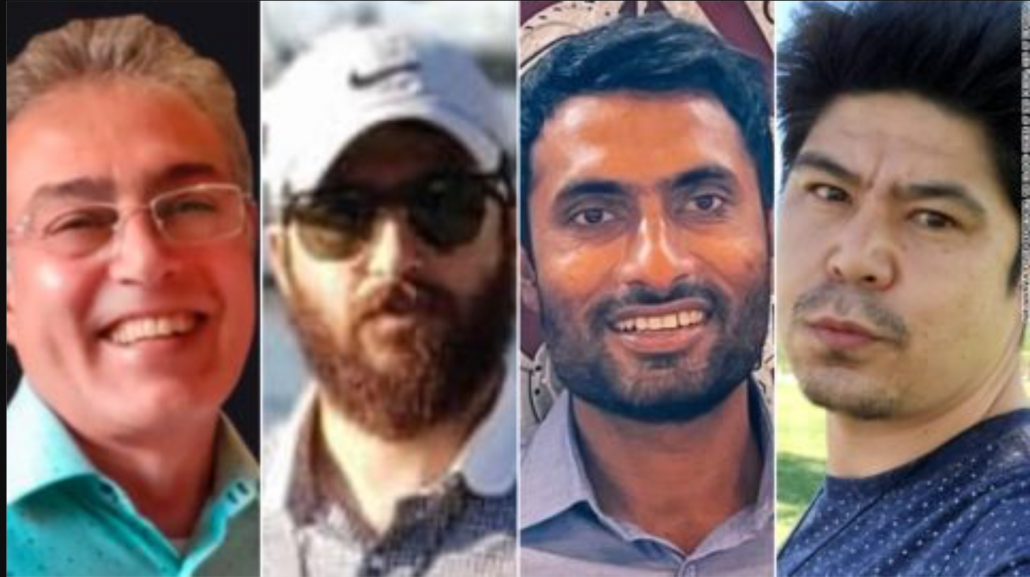