“I don’t believe the Jewish state and Modern Zionism would be possible without Christian Zionism.” Benjamin Netanyahu.

The term “Zionism” was first coined in late 1880, the drive for an exclusively Jewish state and referred to the movement for the return of the Jewish people to an assured and secure homeland in Palestine in accordance with Biblical prophecy. Still, It’s ironic that this vision was nurtured mainly and shaped by Christian Zionists.

Therefore, Christian Zionism is a belief or conviction among certain Christians that the arrival of the Jews to the Holy Land and the creation of the Jewish state in 1948 is per Biblical prophecy and Judeo-Christian values.

Although The United Nations General Assembly strongly rejects policies and ideologies aimed at promoting ethnic cleansing in any form (Resolution 47/80 Dec 16, 1992), the Later UN Resolution 181, a partition plan, led to the destruction and injustices to indigenous Palestinians.

Hence, the Law of Return was passed unanimously by the Knesset, Israel’s Parliament, on Jul 5 1950.

From a political perspective, It is important to note that most Evangelicals are Christian Zionists and the most influential political lobby in the U.S.

Well established organizations are Christian United for Israel ( CUFI), including CUFI Canada and CUFI U.K and International Christian Embassy Jerusalem for achieving the objective of Christian Zionism as briefed:

It’s the prime objective of CUFI’s Mission statement “to provide a national association through which every pro-Israel church, ministry, or individual in America can speak and act with one voice in support of Israel in matters related to Biblical issues.”

As per John Hagee’s interpretation of the Bible, Christian Zionists hoped that jews would bring about the end time and Jews who didn’t convert would be killed. Return of Jewish is the precondition of the 2nd coming of Jesus. It will be followed by the end time, and Armageddon (the mother of the Holocaust) means a final confrontation between good and evil. Only true believers of Jesus Christ will be saved, and those who follow the antichrist will be killed.

Here is another citation for the above belief:

The Jews and the Second Coming | Roy H. Schoeman | An excerpt from Salvation Is From the Jews

-Jews will be regathered to Israel from around the entire world. One such prophecy is Ezekiel 36:22-28. Although often taken in a spiritual sense as fulfilled at the first coming of Christ, [6] it might well also refer to the Second Coming, for biblical prophecies frequently refer to different events taking place in different epochs:

Sometime before the Second Coming, two-thirds of the Jews in “the whole land” will be exterminated (Zechariah 13:8-9):

For many years now, Christians for Israel have offered assistance to Jewish to regather in Jerusalem from all over the world and hoped that Israel would bring about the end time and Jews who do not convert will be killed by God. What kind of Judeo-Christian alliance is this?

The International Christian Embassy Jerusalem(ICEJ) was established in 1980 to recognize the Biblical significance of Jerusalem and its unique connection with the Jewish people. Today, it represents millions of Christians, churches, and denominations to the nation and people of Israel. The main objectives of the Mission Statement are to stand with Israel in support and friendship and bring Jews Home from all directions.

Stephen Sizer, Chairman of the International Bible Society and author of the famous book “Christian Zionism: Road-map to Armageddon?

He mentioned in his book that Christian Zionism has developed into a significant theological movement and has made a significant political impact in the United States. In contrast, the belief is incompatible with biblical faith.

Furthermore, in his book titled “Zion’s Christian soldiers ? The Bible Israel and the Church”, He mentioned that many Bible-believing Christians are convinced that God blesses those nations that stand with Israel and curses those that don’t. The impact of this belief has had a significant influence on attitudes toward the ongoing Palestinian-Israeli conflict in the Middle East. And he challenged the belief based on the misinterpretation of the Bible.

Likewise, he contended misinterpretation of the relationship between Israel and Church and answered seven Biblical issues as,

It is the consequence of those misinterpreted beliefs as mentioned above ( Seven Biblical interpretations); Zionists have been systematically erasing the culture and history of indigenous Palestinians to justify their forced and the theft of their land in his book “The Ethnic Cleansing of Palestine.”

As excerpted from his book “The 1948 Palestine -Israel war is known to Israelis as “The War of Independence, but for Palestinians, it will forever be NAKBA, the ‘catastrophe’ Along with the creation of the state of Israel, the end of the war led to one of the largest forced migrations in modern history. Around a million people were expelled from their homes at gunpoint, civilians were massacred, and hundreds of Palestinian villages were deliberately destroyed. Though the truth about the mass expulsion has been systematically distorted and suppressed, had it taken place in the twenty-first century, it could only have been called “ethnic cleansing.

The above fact had been declassified in 1998 and exposed that it was a meditated plan and structured idea: How to turn Palestine or an Arab country into a Jewish State?

I want to conclude my article here. Undoubtedly, it’s a deep-seated religious conviction of Christian Zionism to support Israel to fulfill biblical prophecies about Armageddon, 3rd temple, and Jesus 2nd coming under the umbrella of influential organizations, i.e., CUFI and The International Christian Embassy Jerusalem. On the other hand, it’s dangerous and shocking for Modern human civilization that the theological perspective of Christian Zionism superseded International Human rights, which justifies the illegal occupation of Israel, ethnic cleansing of Palestine. Would it not be termed fanaticism or Nazims?

And What is the moral position of Christian Zionists organization like CUFI to support the illegal occupation of Israel, the genocide of Palestinian, forced eviction of indigenous Palestinians from their Home?

It concludes that Zionism is racism, whereas not synonymous with Judaism, All Jews are not necessarily Zionists. They also consider the countries like others in which they live as their homeland. In fact, many Jews are anti-Zionists.

With this fact that every human soul is precious in the plan of God, What is the moral position of Christian Zionism to support the racism of Israel against Palestinians?

Peace or tranquility is only possible among Israel – Palestine, and also in the Middle East if the matter is resolved by International human rights organizations and the United Nations based on Human rights and morality instead of adopting a passive attitude and allowing absurd justification of Biblical prophecies as a pretext for committing injustices, tyranny and grabbing land of indigenous people of Palestine. It may lead to chaos and anarchy in other parts of the world if you grab land obsessed with religious scriptures. It is ridiculous that any religion or scripture is sufficient for the demarcation or owning land and even encourages massacre, genocide, and ethnic cleansing of indigenous people. 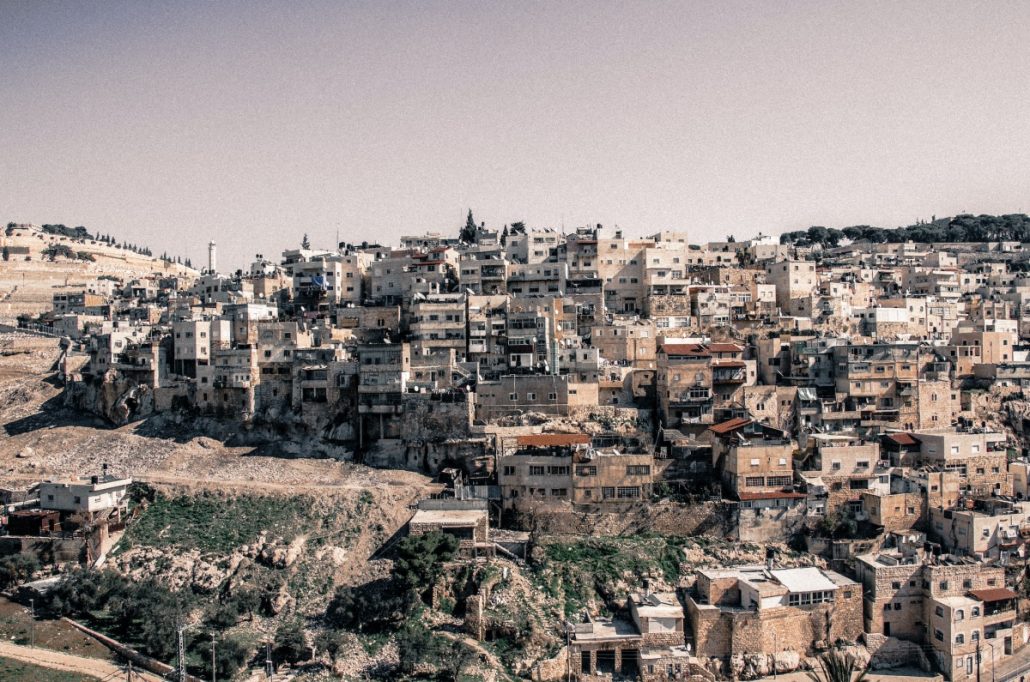 Gold, Silver Shine as US Falters

© 2020 MuslimObserver.com, All Rights Reserved
My American Dream: A book review