The following is a press release from the Alliance to Save and Protect America from Infiltration by Religious Extremists (ASPAIRE)
Activists Protest Against Biden’s Choices warning that the President will have another of his nominees rejected if he chooses Sonal Shah accused of links to Hindu supremacists.
Neera Tanden, president of the Center for American Progress, withdrew her nomination to lead the Office of Management and Budget (OMB) this week, Intense lobbying by lawmakers and outside groups started, to push for candidates of their choice. She would have been the first Indian American woman to lead OMB if her nomination had gone through.
After Tanden’s withdrawal from the race, there is pressure on President Joe Biden’s team to pick yet another Asian American for the post. This is not only because Asian American’s are the fastest-growing demographic group in the United States, but also because the Biden administration has nominated only one Asian American or Pacific Islander in his cabinet, with his choice of Katherine Tai as U.S. trade representative.
Another Indian American Sonal Shah, who founded the White House Office of Social Innovation and Civic Participation, during Barack Obama’s presidency and most recently served as national policy director on Pete Buttigieg’s presidential campaign, is also in the race for a nomination.
“Hope @JoeBiden and Administration will consider another #AsianAmerican for OMB. This is the moment and it is important for the #AAPI community,” she tweeted on Tuesday.
As soon as the possibility of her nomination became evident, Masood Rab of the Coalition of Americans for Pluralism in India (CAPI), issued a strong statement warning against her nomination.
Several civil rights activists, South Asian progressive activists and protestors against the Donald Trump administration in the US and the Narendra Modi regime in India; including the Alliance to Save and Protect America from Infiltration by Religious Extremists (ASPAIRE), have been in the forefront to campaign against candidates, with direct or indirect links to right-wing Hindu extremist organizations in India; to posts in the US administration.
These activists such as Dr. Shaik Ubaid, had first taken up cudgels against Shah, when she was the first Indian American appointed by Obama’s closest advisory team, in 2008. She was called out for her links with the Vishwa Hindu Parishad America (VHPA), a sister wing of VHP, a strident Hindu extremist group in India. The Central Intelligence Agency (CIA), had in its World Factbook of 2018, labeled VHP as a militant group. This group was instrumental in the 2002 Gujarat pogrom, in which more than 2000 people were brutally killed and about 200,000 people were rendered homeless, triggering national and international outrage.
Shah was the national co-ordinator for VHP America, to raise funds for the 2001 Gujarat earthquake victims, which was accused of helping only Hindu victims, and not the Muslim victims.
Shah’s consistent support for Ekal Vidyalayas, a movement founded by the Vishwa Hindu Parishad (VHP), with the major objective of countering Christianity among Adivasis (forest people) who are the aboriginals in India, and her refusal to publicly decry the 2002 pogrom and subsequent events in India, is a cause for worry for many.
Ekal Vidyalayas has the support of the Human Resources Ministry of Government of India and works towards conditioning young minds against religious minorities, raising concerns that she had not fully distanced herself from VHP’s intolerant, anti-minority ideology. She had in her defense, launched into a tirade that the actual target of the attack was the newly elected first black President Obama. The only thing she had stated in her defense was that she was unaware of VHP’s activities.
Her father Ramesh Shah was the vice-president of the Overseas Friends of Bharatiya Janata Party (OFBJP),  and had campaigned extensively for L K Advani, prime minister aspirant and architect of the Babri Masjid demolition in 1992, which has seared the Hindu-Muslim unity in the country like none other.  OFBJP too is under the scanner these days for lobbying for a foreign government without first registering with the US government; as required by the US laws.
She was running for the post of energy secretary then. But was moved to the office of social innovation and civic participation in the white house instead, following the outrage against her.
The others in the race for the top post in OMB include Shalunda Young,an African American, who is the present pick for the post of deputy director of OMB and can be easily elevated to the top of the agency. Among the Asian American’s in the running besides Sonal Shah, are Chris Lu, who served as cabinet secretary during the Obama administration and Nani Coloretti, who was deputy secretary of Housing and Urban Development also during the Obama administration.
Share on Facebook Share
Share on TwitterTweet
Share on Google Plus Share 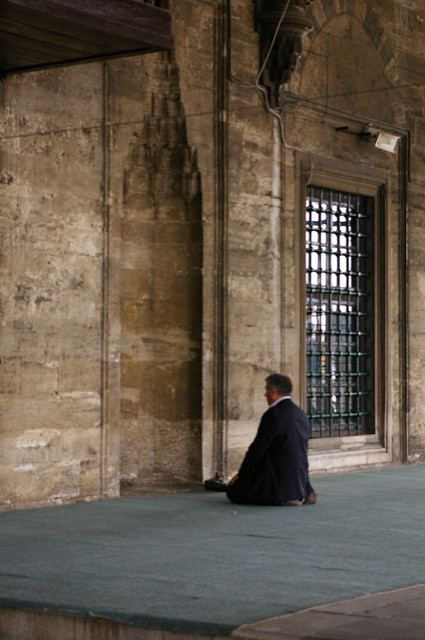 10 Questions with Saeed Patel
emel magazine After graduating with an engineering degree, Saeed Patel migrated to the United States in 1989 from Baroda in…

Op-Ed: If you Condemn Trump, you Have to Condemn Modi
Scroll to top