By Wednesday night, every major city in Ukraine was under attack as Russian bombs targeted Kharkiv, Odesa, Kramatorsk, and Kyiv. According to Daily Kos, several Ukrainian government websites were also taken down in a series of cyberattacks, in addition to many news organizations and media outlets. As Russia works to take over Ukraine, the country’s citizens are not all in favor of Putin’s actions and cry for war.

Citizens across the country are risking their lives working in resistance, advocating against the war. A poll released Thursday by the Levada Center, an independent Russian organization, found that only 45% of Russians favored the move to advance into Ukraine, The Guardian reported. A majority were against any violence toward another country.

“Today something happened that should have never happened. History will be the judge of these events. But today, I beg you, please stop the war,” Valery Meladze, the ountry’s most beloved singer, said in an emotional video in which he “begged” Russia to stop the war.

As Ukraine has advised an estimated 3 million citizens living in Russia to leave the country immediately, Ukrainians in Moscow are in a state of distress.

“I am embarrassed for my country. To be honest with you, I am speechless. War is always scary. We don’t want this,” Nikita Golubev, a 30-year old teacher, told The Guardian. “Why are we doing this?” he added.

People are not only expressing their opposition to the war on social media, but also taking action on the streets. “I didn’t think Putin would be willing to go all the way. How can we bomb Ukraine? Our countries have their disagreements, but this is not a way to solve them,” Muscovite Ksenia told The Guardian.

As misinformation is on the rise, some verified resources are included here with confirmed information about the events in both Russia and Ukraine.

Vladimir Kara-Murza, Russian opposition politician: “This is not Russia’s war. This is not our war. This is yet another adventure by the bloodthirsty and deranged Kremlin dictator by the name of Vladimir Putin.” pic.twitter.com/p8RWlvpNqV

Anti-war solo pickets like this are popping up in cities across Russia. It’s not much but they’re arrested almost immediately, often upon leaving their homes when the cops know to expect them. Here’s Sofya Rusova, co-chair of Russia’s Trade Union of Journalists. pic.twitter.com/5NVqdGyhFy

According to Rothrock, the woman’s sign reads: “War with Ukraine is Russia’s disgrace.”

Right now, Putin is plunging Europe into its darkest time since 1939. Any government hoping to sit this out is naïve. Don’t repeat mistakes of the past. Hit Russia with severe sanctions now. Help Ukraine with military and financial support. Together we can #StopRussianAggression.

Free to read: ‘The idea is that resistance is deterrence.’ We take a look into the frantic preparations ordinary Ukrainians made for a Russian invasion https://t.co/HXLx1j7WZy pic.twitter.com/B1D4Kx7cH6

It’s too early to say what the Russian people make of Putin’s invasion of Ukraine, but he’s already lost a few celebrities. Most of these guys rely heavily on the state for their living.

Police on the streets of Moscow, Russia tonight. A protest has been called against Putin’s decision to invade Ukraine. It is unsanctioned and police are clearly ready to use force against protesters. pic.twitter.com/xsqOpA3rhQ

Russians are afraid to be outside today. IG is full of Russian’s posting stories like this. It’s time for Putin to go, one way of the other. pic.twitter.com/1r0DWTrx0h

In Novosibirsk, #Russia, people went out to the streets to protest against their leadership attacking #Ukraine. Some people have been detained by police. The rest soon left pic.twitter.com/ZqG7mGlAvW

Hundreds of people, including many women and children are currently taking shelter inside a subway station in Kharkiv, #Ukraine as explosions are heard in the city. @washingtonpost pic.twitter.com/ZddeHqlMvU

Everything that the Kremlin says is a lie. Please don’t both sides this. Putin is killing innocent people and Ukraine did nothing to deserve it. pic.twitter.com/teaSlQaWEG

A young boy plays the piano in a Kharkiv hotel lobby as unconfirmed reports come in that Russians troops are advancing on the city. pic.twitter.com/bWFvgM1N7X

A view of the protest in central Moscow this evening. Thousands across the country are risking serious repercussions to protest Putin’s attack on Ukraine. More than 850 people detained so far. pic.twitter.com/KHog0Acbir

Russia’s interior ministry tells TV viewers to “refrain from unsanctioned protests” & or they’ll be “arrested & brought to responsibility.”
That’s because there are “coronavirus restrictions, including on public events.”
Not because of calls to protest the war or anything pic.twitter.com/fuKDsso2eQ

The world must act immediately. Future of Europe & the world is at stake. To do list:

Footage sent by a friend. Russian authorities are preparing for the anti-war protest that will soon begin pic.twitter.com/OYfSwxLvYP

Russian are against the invasion of Ukraine! They are marching in Moscow with full certainty that they will be arrested. https://t.co/pRiYytVAeJ

Pushkin Square, maybe less than 1000 meters from Red Square and the Kremlin, is the cite of a significant protest. These people know the risks of challenging the regime. They’re on the street in-spite of major personal costs. pic.twitter.com/bYEfbO91xG

As Russia attacks Ukraine, here’s a thread with resources and news articles that may be useful for journalists today. Please share and add suggestions 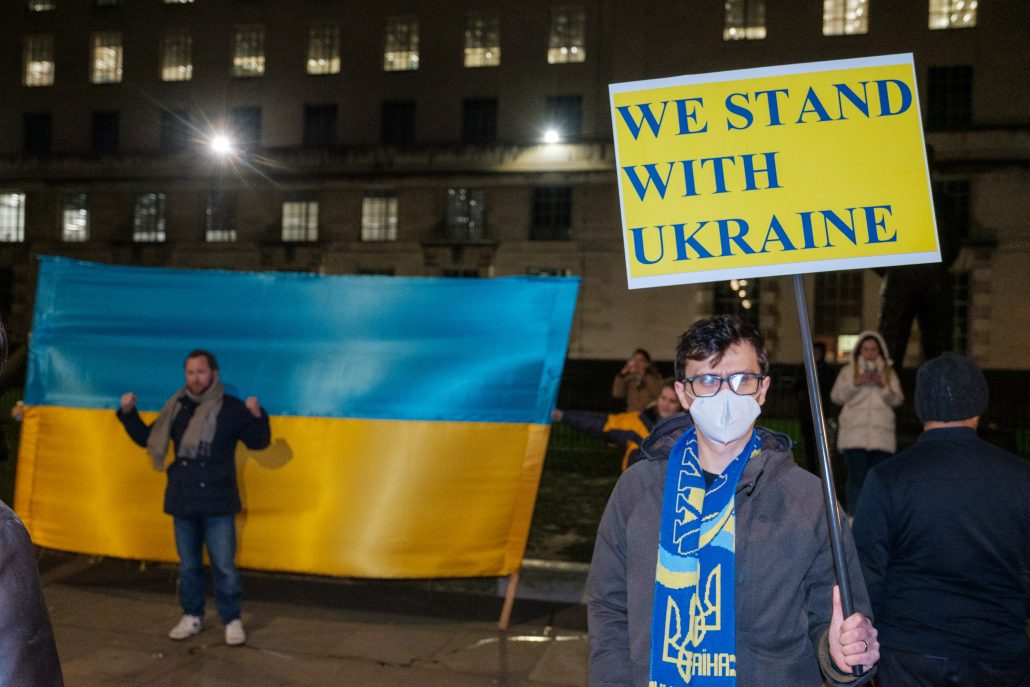 Indians Rise Up Against Hindu Supremacy
by Sonali Kolhatkar This article was originally publsihed on TruthDig.com- read the story here. India’s government has pushed through a dangerous…

Oh, What a Lucky Man

Press Release for Ganga To Mississippi: Walking With The Rainbow
Scroll to top