A Google search of Adil Dghoughi’s name will offer you little to no information about his death. Hardly any media outlets have covered it. Dghoughi, an unarmed Moroccan citizen living in the U.S., was shot and killed by a Texas resident in an unprovoked attack on Oct. 11. According to Morocco World News, Dghoughi was shot by 65-year-old Terry Turner for sitting in a parked car near Turner’s residence in Martindale, Texas, a small town about 40 miles from Austin.

Moroccan community members, Dghoughi’s family, and minority advocates are now demanding justice for Dghoughi’s case, in which no one was arrested or investigated in connection to—despite police reports confirming a man verbally confronted 31-year-old Dghouhghi before shooting him. Advocates and family members questioned why the shooter not only initially remained unidentified but also was not taken into police custody.

Officers responded to the scene within 15 minutes and had emergency services transport Dghoughi to the hospital, where he died shortly after, Morocco World News reported. While the Caldwell County Sheriff’s Office released an official statement describing the incident, no information was shared outside of the fact that the “shooter remained cooperative,” and that local authorities decided against arrest charges.

Why local authorities decided not to pursue charges is unclear, but many advocates believe it not only has to do with the shooter being friends with local police, but also cites Texas’ “no duty retreat” law.

The law, commonly known as the “stand your ground law,” allows individuals to use deadly force when they “reasonably believe” they need to defend themselves. Essentially, it is considered a self-defense law. According to Chapter 9 of the Texas Penal Code, an individual has the right to self-defense “to the degree the actor reasonably believes the force is immediately necessary to protect the actor against the other’s use or attempted use of unlawful force.”

The “stand your ground” law typically applies when an attacker has made their way onto a place of residence, employment, or business and is trying to commit robbery, kidnapping, or sexual or other violent assault. As of this report, more than 30 states in the U.S. have similar legislation justifying the use of deadly force.

A report released by RAND institute, a nonprofit think tank, found that “these laws are associated with an increase in homicides” and disproportionately impact people of color. Additionally, the report found that these laws “encourage impulsive and illegitimate uses of deadly force” in situations that could have otherwise been prevented.

In this case, family members believe Dghoughi had little to no interaction with his murderer as his windows were still rolled up at the time of the attack. Additionally, his girlfriend claims he was likely stopped on Tina’s Trail in an attempt to find a signal for his GPS system, a difficult task in parts of Texas. Other sources familiar with the case noted that while Dghoughi was parked in Turner’s driveway, his windows remained locked and his car was in reverse at the time of the shooting.

While charges have not been filed against Turner yet, advocates believe that should they be defense lawyers will use the law as an attempt to paint Dghoughi as a threat—a common defense used against innocent minorities gunned down in similar incidents.

At this time how investigations are being conducted is unclear, as investigators continue to remain silent and refuse to provide information. In a statement to Morocco World News, the Caldwell County Sheriff’s Office Public Information Officer, Kyle McConnell, said: “All of the information that can be released, has been released.”

In efforts to facilitate the repatriation of Dghougi’s body to Morocco, where his family intends to bury him, a GoFundMe page has been set up. Family members noted that “Adil moved to Texas, America, to look for the ‘American dream.’” Instead, he was “fatally shot… Someone took his life in a senseless act of gun violence. Adil was known to be a caring and loving man whose life was tragically cut short by a horrific act of violence.”

A week after Dghougi’s death, calls for justice are increasing on social media as the family requests his story be shared.

“We just want the truth,” Dghoughi’s estranged wife, Amy Fagnant, told KXAN. “That’s all we want. The truth and answers.”

But while these demands for justice are loud and clear, Turner is walking free as a threat to ethnic minorities and other people. It is clear that, had Turner been a person of color, or had Dghoughi been white, the situation would be a lot different. 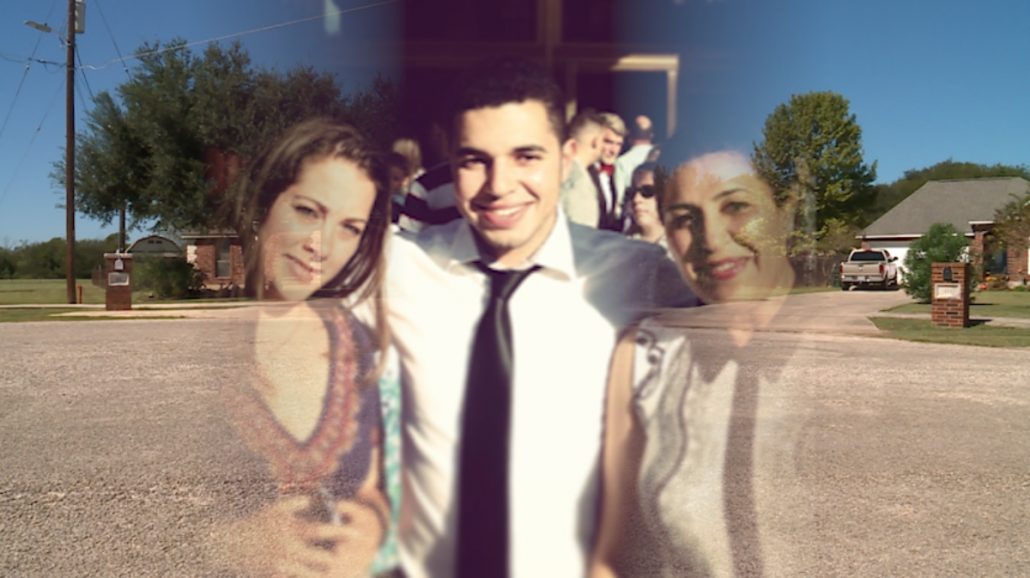 Women & Islam: Rise of the Convert