We were privileged in Detroit to be visited recently by David Chappelle followed 6 weeks later by Hassan Minhaj, who both did sold out comedy performances in our revitalized downtown city. Although neither show would be suitable for the local Muslim girls or boys scout troop to visit, they probably will make life for the scouts and other believers a little bit easier in the future.

Both Chappelle and Minhaj are part of our tribe. They are not just popular comedians, and men of color, but they are both self professed Muslims. Chapelle told David Letterman last year, that although he may be Muslim, “I’m not very good at it!” And Minhaj states in his act, “I’m not as religious as my parents!” But despite this, millions of Muslims across the world are happy to count them as their own, since previous well known Muslims like Osama bin Laden and Mike Tyson did not go over well. Muslims are in desperate need of popular celebrity adherents, and Minhaj and Chappelle are among the best we got.

As can be expected: Chappelle and Minhaj sold many tickets to members of their various tribes. The Minhaj audience was predominantly young suburban south asians, and the Chappelle audience was predominantly young blacks. Clearly, racial differences run deeper than faith based similarities. There were some Muslims in the Chappelle crowd, but not any more than one would expect so close to Dearborn.

Both comedians had narratives based on their experiences which were heavily based on their racial and ethnic identities. Minhaj talked about his profiling by the FBI and about his experiences growing his family. Doctors from DO schools, hedge fund managers, and white people named Bradley bore the brunt of his comedic onslaught. The Saudis and the British drew a special mention for their unique brands of barbarism. His comedic narratives were touching and hilarious, and the audience cheered and laughed on his cues. Minhaj is clearly talented and understands his appeal to those of immigrant backgrounds, particularly the Desis. The large number of young Muslims who sold out his shows points to the growing financial power this market can have in the entertainment industry.

Chappelle on the other hand did not stick to the safe comedy of Minhaj. He was not there to entertain as much as he was there to share his insight as to what is wrong with our society. Chappelle made the gratuitous basic urban jokes about sex and genitalia that most comedians, including Mihaj make. But from here, Chappelle took his comedy into areas that few people dare to go: post modernism and queer theory.

Chappelle asks some tough questions as part of this exploration: What is a woman? Can a gay person be racist? Why hasLGBTQ movement made so much progress in such a short time? Why are so many black men getting killed? Under the guise of a comedian, Chappelle attacks the premise and privileges of many progressives theorists. He is arguing that there are some fundamental truths about humans and the universe that cannot be changed based on one’s personal narrative or social constructs.

His criticism of the LGBTQ movement starts with its highly privileged status. He points out the irony that rapper DaBaby’s career was derailed not because he killed a man (which he did) but because he made homophobic remarks. “In our country, you can shoot and kill a n***a, but you better not hurt a gay person’s feelings,” He later explains in hismonologue:“I don’t hate gays, I’m just jealous of them!”

Similarly he jokes about the Trans community: “Every one of you came from between the legs of a woman!” His point is that biology is not a social construct, and that a Trans person may identify as another gender, but their actual biology won’t really change in a meaningful way. He mocks the reconstructed genitals of Transgender people. His comments on race, gender, and the LGBTQ community have caused outrage, and some advocacy groups are trying to have Netflix cancel his recent special, “The Closer” which was based on the Detroit live concerts.

Can these comments cause violence against marginalized communities? With reports of rising numbers of hate attacks, violence is always a concern. In his storylines about Trans individuals, Chappelle pleads for us to respect each other’s common humanity regardless of political, sexual or gender decisions we have made. Chappelle would have us focus on the American original sin of slavery rather than sexual politics from the “alphabet” LGBTQ movements. He has devoted extensive monologues on the killing of black men at the hands of police and mobs. But he is on thin ice when he depicts Trans people in his comedy.

Both Muslim comedians, Chappelle and Minhaj create comedy that will offend most Sunday School teachers. However, Minhaj’s endearing narratives and safe immigrant topics will undoubtedly generate positive vibes about Muslims and brown people everywhere. Chappelle is seeking a more seismic shift: He is irreverent towards attempts at making gender fluid, sexual preferences an identity and all the self righteousness of the “woke.” To Chappelle, the core problems in America derive from slavery and race. He might add, in his own colorful way, that there are some normative truths and transcendental values that can’t be Fudged with. And this insight from a doping, drinking and cussing black male just might help create the space Muslim communities need to survive.

M. Ahmed is a local community advocate who serves on several non profit boards in Michigan who went to these shows against his mother’s wishes. 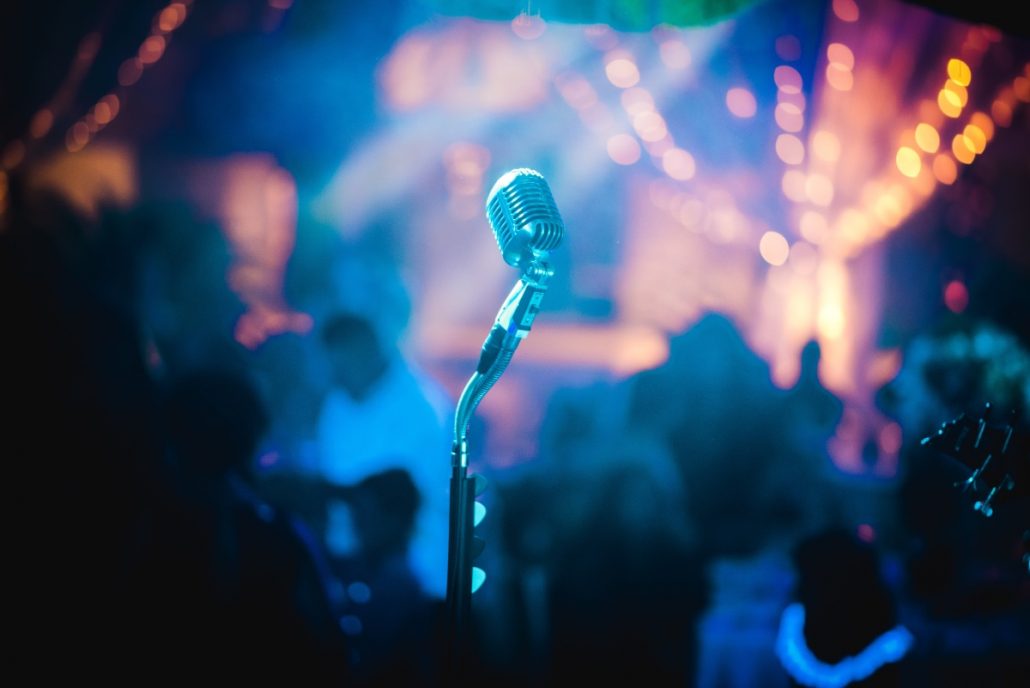 Europe: Anti-Semitism Up, Islamophobia Down

From Light to Dark: Transform Your Sleep This New Year
By Nishi Bhopal, guest columnist for the Mental Wellness column Moving from downtown Chicago to the valleys of Marin County,…

Requesting Your Assistance: Protect the Right to Wear Hijab