Photo: In this picture, the holiest of Hindu religious leaders and RSS and BJP spokespersons can be seen instigating Hindu masses, police, and military to organize genocide of Muslims. The leaders met between December 17 and 19 to declare war on Islam and Muslims

Islamophobia is a worldwide hate movement run by an axis of evil. It comprises the Israeli-controlled Zionists, Indian RAW-inspired Hindu fascists (R.A.W. is India’s premier intelligence agency run by the upper castes), and right-wing Christian evangelicals manipulated white supremacists. In addition, depending on their political interests, some liberal groups and other religious entities such as Buddhists and atheists also benefit from the hate movement. It’s a new religion built on hating Muslims and Islam. Its places of worship are synagogues, churches, temples, and social halls where hate against Muslims is promoted, and its holy books are the statements of hate mongers. Even though there is nothing common among the contradictory belief systems of these religious groups, they have developed an axis of evil leading the world to conflicts and wars to promote the agenda rulers like Nero, Mussolini, and Hitler pursued. Hate and blood of Muslims are their pursuits.

The resources to most hate groups come from secret government funds, religious establishments, and their supporters, foundations, trusts, and industrialists with a religious zeal.

The hate movement works like an industry, raising billions of dollars and employing hundreds of thousands of people worldwide. Wherever Muslims are, Islamophobia is present, including countries with a Muslim majority.

The purpose is simple and well-defined.

Since 1982, when the Israelis organized a conference on Islam and terrorism, the Islamophobics have published more than 3 million articles, documentaries, books, and pamphlets denouncing Islam, Muslims, and the scriptures of Islam in different languages of the world. In addition, more than 3,000 public officials holding important government positions have condemned Islam. As a result, over a million incidents of hate against Islam and Muslims have occurred worldwide, including countries such as Vietnam, Chad, Central Africa, Brazil, and Mexico.

Unfortunately, Muslims have not monitored or responded to Islamophobia effectively. There is no single authentic Muslim body anywhere dedicated to documenting every Islamophobic incident at any level systematically.

What happened in the U.S. on December 14, 2021, is a remarkable event that Muslims should pay close attention to. The U.S. House of Representatives approved with 219-212 votes, Congresswomen Ilhan Omar and Jan Schakowsky’s Combating International Islamophobia Act (H.R. 5665).

All Republicans except one opposed it. Nevertheless, Ilhan Omar and her colleagues created history, and the U.S. warned Islamophobics worldwide that they were under its watch.

Addressing the Congress, Rep Ilhan Omar said: Some cynics would rather see us divided on racial, ethnic, gender, and religious lines. But as Americans, we should stand united against all forms of bigotry. Congress members referred to human rights violations of Muslims in India, Myanmar, and China expressly. It is a significant achievement of Ilhan Omar and her colleagues when the pro-Israeli lobby and the supporters of the Hindu national organizations, RSS and B.J.P., with the help of right-wing Christian organizations, are vowing to remove her in the 2022 midterm elections.

The Office shall monitor and combat Islamophobia and Islamophobic incitement in foreign countries. The Bill establishes the Special Envoy for Monitoring and Combating Islamophobia, heading the Office.

The Bill also requires specific existing annual reports to Congress about human rights and religious freedom in foreign countries to include information about Islamophobia.

It would include information about

(1) acts of physical violence or harassment of Muslim people,

(2) instances of propaganda in government and non-government media that attempt to justify or promote hatred or incite violence against Muslim people, and

(3) actions taken by a country’s government to respond to such acts. The Office shall coordinate and assist in preparing these portions of the reports. During the Act’s floor debate, the Biden-Harris Administration expressed solidarity with the Act.

Now the responsibility of Muslims, wherever they are, is to monitor and report any Islamophobic incident. Of course, the State Department officials would collect information. But they cannot have their staff present everywhere in the world. So they will rely on information they receive through published and non-published, but well-documented sources. In every country, Muslims should have a body monitoring Islamophobic incidents, and through U.S. embassies channel it to the state department. Organizations like CAIR, MPAC, or Islamicity can also create web-based platforms to record such events. However, Muslims have to be at the forefront of the fight against Islamophobia. We cannot always complain, we have to be proactive in promoting our narrative. 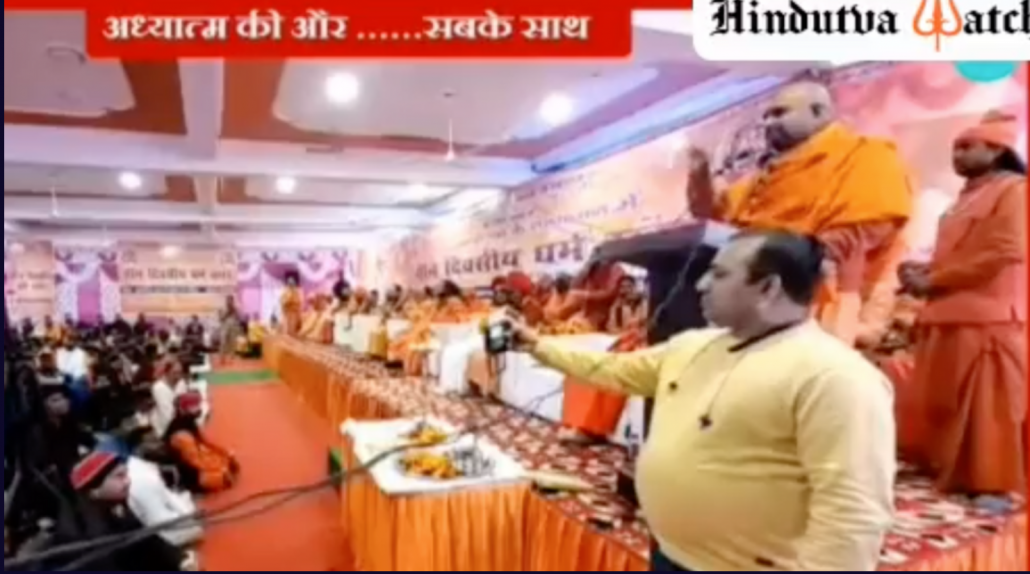 Contributions of Moon Khan Recognized in US Congress

For Love or Money?
Canadian Charger Fraud artists find the internet to be a highly useful tool. They use it in many creative ways…

GET is one of the Largest Educational Institutes of Pakistan: Professor Muhammad Anwar Masood