When archaeologists earlier this century uncovered the remains of the neolithic Al-Magar culture in Saudi Arabia, they revealed some of the earliest known evidence of falconry. According to Hussam Al-Huzaimi, the CEO of the Saudi Falcons Club, the practice originated in Saudi Arabia:

“This is a prehistoric practice here in Saudi Arabia, and we know from the archeological record that horse domestication and dog domestication took place around the same time…Falconry, though is something that is very different. It is about building a bond with a wild animal that can, if it chooses, fly away at any time.”

Speaking both as a proud Saudi and falconry enthusiast, he wants to make sure that the link established between man and various species of birds of prey will still exist in a thousand years. Just as it did thousands of years ago.

“Today, falconry is something traditional and part of our culture which has been practiced in Saudi Arabia for thousands of years,” says Huzaimi, “and it is still popular today.”

The Saudi Falcons Club hosts the Saudi International Falcons & Hunting Exhibition and Falcon Breeders Auction each year. Now in its fourth year the event attracts hundreds of vendors from around the world. Each bird’s origin and international travel is carefully tracked with “passports” and other documentation. The idea is to encourage domestic breeding programs and to ensure that the birds are no longer captured in the wild.

Yet the event doesn’t just inspire business sales. An art show, photography exhibition, and a “Future Falconers” program round out the events that will happen during the show, which runs from Aug. 25 to Sept. 3.

Yet, Huzaimi and other Saudi falconry fans are most proud of their efforts to reintroduce both the birds of prey as well as the houbara bustard, a popular game bird for falconry. Such efforts are central to the Saudi Falcon Club, which seeks to ensure that the cultural practice of falconry is preserved for generations.

“The peregrine falcon is one of the key species we hope to reintroduce. We know that these birds used to be found here, and we are taking steps to gradually reintroduce them…In the first year started the program, we saw an 80% increase in the population due to the birth of chicks in the new nests,” said Huzaimi.

To reduce the human impact of the reintroduced falcons, an array of volunteers monitor the birds from afar. A number of high-tech methods are also used. At the event, two Italian researchers presented the first ever drone factory to develop drones specifically to help with falcon conservation efforts in the kingdom and elsewhere.

Many breeds Huzaimi points out are facing critical challenges to their survival around the globe, including everything from chemicals in their environment to electrical power lines. Yet, above all, the main challenge is the loss of habitat. Toward this end, the Saudi Falcons Club is working with two large preserves created in Saudi Arabia to preserve the nation’s native wildlife and ensure habitat for an expanding population of falcons.

Above all, sustainability is the goal of such efforts. For now, captive breeding programs remain critical to ensure the survival of many species. Yet, Saudi researchers and falcon experts remain optimistic that majestic birds of prey will again fill Saudi’s desert skies as they did in neolithic times. 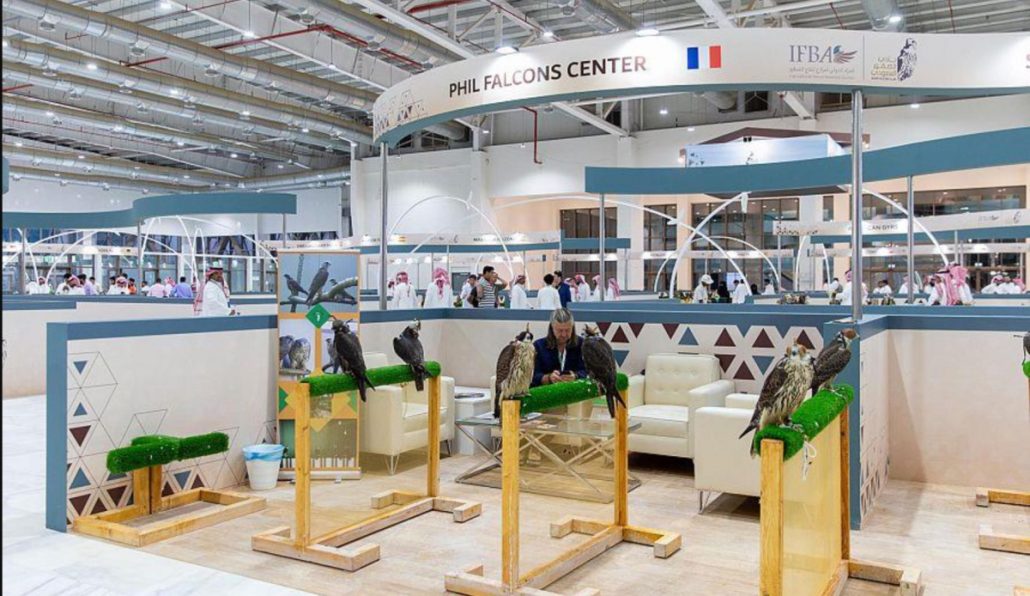 Take Your Own Advice

© 2020 MuslimObserver.com, All Rights Reserved
‘We are heading into a disaster’: Pakistan’s biggest lake bursts, flooding...