Since the monsoon season began in mid-June, extreme rainfall has led to family homes, city infrastructure, and land being destroyed.  But that’s not all: Glacier melt has triggered additional flooding, bringing the death toll up to more than 1,400 people, with thousands of others injured. According to the National Disaster Management Agency, the floods have injured 12,722 people, destroyed thousands of miles of roads, toppled bridges, and damaged schools and hospitals. Nearly 33 million people have been displaced by what is being called a consequence of climate change.

Guterres noted that nature has attacked Pakistan, which contributes less than 1% of global emissions. Nations that “are more responsible for climate change … should have faced this challenge,” Guterres said.

“We are heading into a disaster,” Guterres added. “We have waged war on nature and nature is tracking back and striking back in a devastating way. Today in Pakistan, tomorrow in any of your countries.”

According to the Associated Press, experts say Pakistan is responsible for only 0.4% of the world’s historic emissions that are blamed for climate change. Meanwhile, the U.S. is responsible for 21.5%, China for 16.5%, and the European Union for 15%.

“Pakistan has not contributed in a meaningful way to climate change, the level of emissions in this country is relatively low,” Guterres said. “But Pakistan is one of the most dramatically impacted countries by climate change.”

Guterres’ trip comes less than two weeks after the U.N. chief appealed for $160 million in aid to help Pakistan cope with the disaster.

According to The Wall Street Journal, the country’s southern region—which is also the poorest par—was hit hardest by monsoons, and two southern provinces, Sindh and Balochistan, have experienced more than five times the average rainfall of the past 30 years.

But what’s worse is breaches of Lake Manchar are expected to cause even more flooding in the next several days. On Sept. 4, officials noted that Manchar had flooded at least two towns, the BBC reported.

While it is unclear when the damage occurred, an irrigation official told The Washington Post that the lake’s wall began to crack Tuesday as water levels continued to rise.

“It’s not possible to fix the wall now,” said the irrigation official, who wished to stay anonymous. He added that he believed the government is unable to protect villages in the flood path.

About 400 villages with a total of 135,000 people are in the flood path, officials told the BBC. While it is controversial, officials believe man-made breaches may help control the damage Manchar would cause. As a result, they allowed the lake to overflow twice on Sept. 4 in an attempt to divert some of the lake’s water into less densely populated areas. Pakistani officials noted that while some small towns were impacted, the move was necessary to avoid wider flooding in the district of Dadu, home to around 1.55 million people.

“There are three breaches in the lake, two by plan, one is unplanned breach. It is our target that our big cities, towns, we can save them,” Sindh’s minister of irrigation, Jam Khan Shoro, told the BBC.

While villagers were warned to evacuate before the planned breaches, sources told the BBC not everyone was taken to safety in time.

“We are trying our best to provide relief to the people but the scale of the disaster is so high and the number of people affected is also so high,” Shoro told CNN. “It’s nearly impossible for our government to provide everyone with shelter, food, and medicine. It’s difficult.”

New satellite images from the European Space Agency’s (ESA) Sentinel Labs show how the lake has spread over the past two months into an area covering hundreds of square kilometers due to record levels of rain. What were once islands and peninsulas in the lake have disappeared, and the surrounding land has been swallowed up.
Share on Facebook Share
Share on TwitterTweet
Share on Google Plus Share 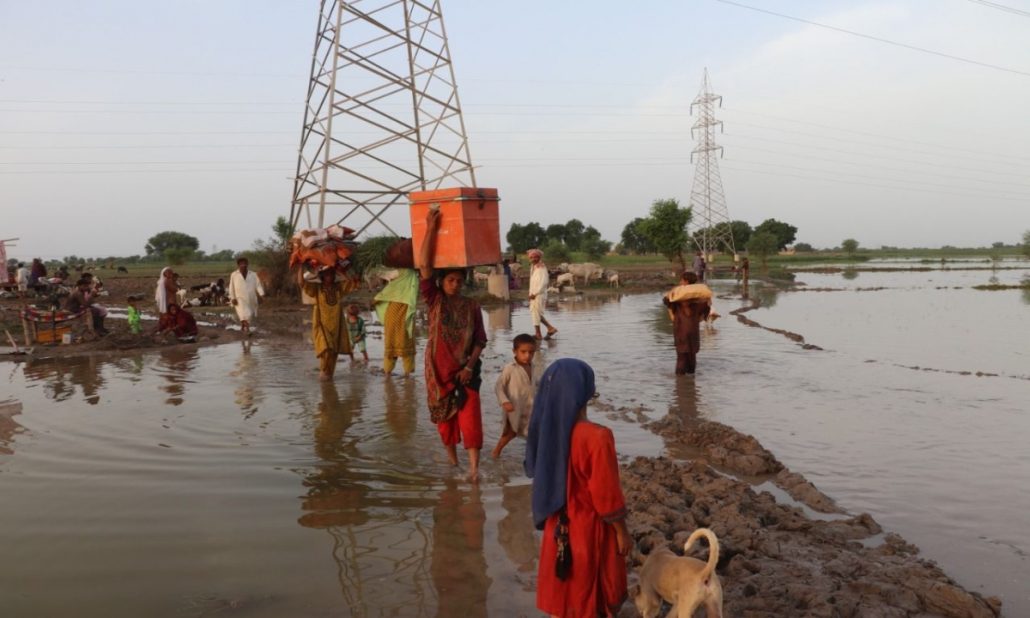 The Creation of a Security Community in South Asia
By Geoffrey Cook, MMNS Your essayist composed the first draft of this â€œrememberedâ€ article while on a train Los Angeles…