In the annals of history, nations and peoples are often blessed with leaders, guides and activists who play singular roles providing leadership that transcends inspiration and casts a lasting impact on these societies.

May 21, 1990, was the day when the Indian occupation forces assassinated an illustrious Kashmiri freedom fighter, Mirwaiz Mohammad Farooq along with 70 mourners when the army resorted to firing on his funeral procession while it was on its way to Martyrs Cemetery. Twenty-two years later, on May 21, 2002, Indian forces also killed Khawaja Abdul Gani Lone, leader of All Parties Hurriyet Conference who had come to Martyr’s cemetery to pay homage to the Kashmiri martyrs, including Mirwaiz Sahib who gave their last full measure of devotion in unflagging pursuit of a just and noble cause. May 21 will remain embedded in the history of Kashmir and in the hearts and minds of millions of Kashmiris as the day of supreme sacrifice.

While our martyrs earned a choice place in the Hereafter, the Indian occupation forces earned the dubious honor of creating more martyrs over 100,000 to date and the count goes on. These martyrs include infants, women, and the old; they are common Kashmiris as well as outstanding scholars and leaders.

In many ways, Mirwaiz Sahib and Lone Sahib were yet other martyrs to the cause, another addition to the list of martyrs of Kashmir being compiled since 1931 when our people first raised their voice against tyranny and alien occupation.

When in 1990 the winds of change blew across the world, destroying dictatorships and occupations, the people of Kashmir also renewed their struggle. During our period of quiet the world had forgotten us. Now, they were filled with hope and longing of a new dawn. It was at this crucial juncture that the Mirwaiz Sahib and Lone Sahib emerged to present a much larger aspect of their leadership. They not only rekindled the issue afresh but also gave it a new vigor and meaning.

Mirwaiz Sahib and Lone  Sahib were brilliant and articulate statesmen who were gunned down for their leadership role in educating their people in their struggle for self determination. They were gunned down because they reminded the world about the pledge that was agreed upon by India and Pakistan, and championed by the democratic powers, including the United States and endorsed by the UN Security Council.

I had the good fortune of having a detailed meeting with the late Mirwaiz in 1980 just two weeks before I was forced to leave Kashmir. This meeting took place during the visit of the Imam Kaaba to Kashmir when Mirwaiz had been kind enough to invite me along with the Imam to the Mirwaiz Manzil. We discussed the issues of mutual concern and more importantly the ways for the resolution of the Kashmir issue. I could discern within him a selfless desire to serve and emancipate his people from under the Indian occupation.

Lone Sahib was a great personality blessed with great talents, not only as a politician but also as a deep thinker. By far the most vivid recollection I have of Lone Sahib was his speech at the United Nations headquarters in New York during an OIC – Foreign Minister Annual Meeting on September 27, 1999. The participants were fascinated by his presentation.

Lone Sahib said, “I am grateful for the opportunity to address the Organization of the Islamic Conference as the voice of the All Parties Hurriyet Conference, the genuine embodiment of the aspirations of the Kashmiri people.” He added, “Indeed, to speak of humanitarian tragedies and injustice without mentioning Kashmir is like reciting the Holocaust without mentioning Auschwitz or the Palestinian? Israeli cruelties without mentioning Shaba and Shatila refugee camp slaughters.”

The people of Kashmir will never forget the selfless contribution and the tireless efforts of the Mirwaiz Sahib and Lone Sahib. Their efforts will remain forever a milestone in the history of the freedom struggle of Kashmir.

The vision of Mirwaiz Sahib, Lone Sahib, and the unity and sacrifices of the people of Kashmir will undoubtedly lead the Kashmiri freedom struggle to its logical conclusion, that is freedom from the occupation and alien subjugation.

Let us all rededicate ourselves to the vision of our martyrs and continue our struggle in unity with full faith in Allah (Subhanahu wa Taala) to whom belongs victory and defeat, success and failure.

May Allah accept the sacrifice of the fellow Kashmiri martyrs? Ameen.

Dr. Fai is the Secretary-General of Washington-based World Kashmir Awareness Forum and can be reached at 1-202-607-6435 or gnfai2003@yahoo.com 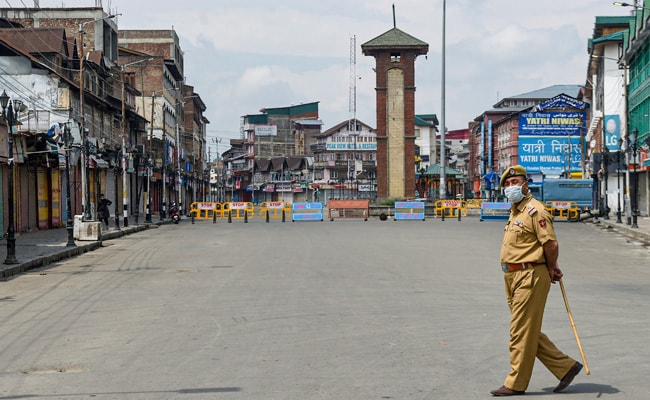 © 2020 MuslimObserver.com, All Rights Reserved
11 Day war: Who won and who lost?

Palestine. Though a positive step, a ceasefire does not equal “peace.”
Scroll to top