On Friday, President Joe Biden announced his plans to nominate Khizr Khan, the Gold Star father famous for criticizing Donald Trump, for a post with the U.S. Commission on International Religious Freedom. “Khizr Khan, founder of the Constitution Literacy and National Unity Project, is an advocate for religious freedom as a core element of human dignity,” the White House said in a press release. According to the Freedom Act of 1998, those selected to be a part of the commission are considered individuals with distinguished knowledge and experience in “fields relevant to the issue of international religious freedom, including foreign affairs, direct experience abroad, human rights, and international law.”

Khan made headlines for criticizing Trump for his hateful rhetoric towards Muslim Americans during Trump’s 2016 campaign for presidency— a speech considered one of the most memorable of the year. A Pakistani-born graduate of Harvard Law School, Khan gave the emotional speech in response to Trump’s hateful comments on Muslims while paying tribute to his son’s military service during the 2016 Democratic National Convention.

Khan’s son, U.S. Army Capt. Humayun Khan, was killed on the battlefield in Iraq in 2004. According to The Washington Post, he was posthumously awarded the Purple Heart and Bronze Star for Valor after a fatal attack in which he saved the lives of hundreds of soldiers and Iraqi civilians.

During his speech, Khan held a pocket-sized copy of the Constitution and questioned whether Trump had ever read it. “Have you even read the US Constitution? I will gladly lend you my copy. In this document, look for the words ‘liberty’ and ‘equal protection of law,’” Khan said. “Have you ever been to Arlington Cemetery? Go look at the graves of the brave patriots who died defending America — you will see all faiths, genders, and ethnicities. You have sacrificed nothing and no one.”

“If it was up to Donald Trump,” Khan said of his son, “he never would have been in America.”

His wife stood beside him during the incident and Trump later attempted to target her, falsely accusing that Ghazala Khan did not speak at the event because her Islamic faith restricted her from doing so. But it wasn’t just once—being unable to handle someone calling him out, Trump consistently attacked the grieving family, even drawing criticism from his own supporters while doing so.

When asked about the news of his nomination and two-year appointment, Khan told BuzzFeed News he “wasn’t surprised at all” and sees the role as an opportunity to give back to his country.  “I had looked forward to playing a role where I could contribute to the well-being of my country.” He added that his role will allow him to speak about the challenges to religious tolerance in both the U.S. and abroad and work on the issue beyond just naming it by engaging with communities and identifying how religious tolerance is connected to economic prosperity.

“We need the world to see how we disagree yet remain faithful to our country,” Khan said.

Khan also expressed his passion for the Constitution and hopes for it to be taught “more commonly,” especially in the context of human rights and freedoms.

“I don’t mean to say that it’s a perfect document … there’s still a lot of that needs to be done,” Khan said. “I reflect on that, and I become more formed in my belief that … we must speak, we must share, we must learn from each other because it teaches us with equal dignity, freedom. Something that we all cherish.”

While Khan wasn’t surprised he was nominated for his position, he did express that he wanted to thank his son for it. In a statement to BuzzFeed News, he referred to his son as a “perpetual burning candle to guide us.”

Khan’s nomination was made alongside four other similar appointments and nominations. He will serve as one of six commissioners tasked with defending the freedom of religion abroad and reviewing cases of infringement on religious freedoms. “Today’s announcement underscores the President’s commitment to build an Administration that looks like America and reflects people of all faiths,” the White House said in a statement Friday.

Alongside Khan, Biden also announced his plans to nominate Rashad Hussain of the National Security Council to be ambassador-at-large for international religious freedom and Deborah Lipstadt, renowned Holocaust scholar at Emory University, as special envoy and with the rank of ambassador to monitor and combat antisemitism.

According to the White House, Hussain would be the first Muslim to serve in this position.

“The nominations of Rashad Hussain and Khizr Khan represent an important step in the Biden Administration’s commitment to build a government that reflects the diversity of our nation. It is important that American Muslims – and particularly Muslim youth — see themselves and their values reflected in our nation’s government,” Nihad Awad, executive director of the Council of American Islamic Relations (CAIR), said in a statement. 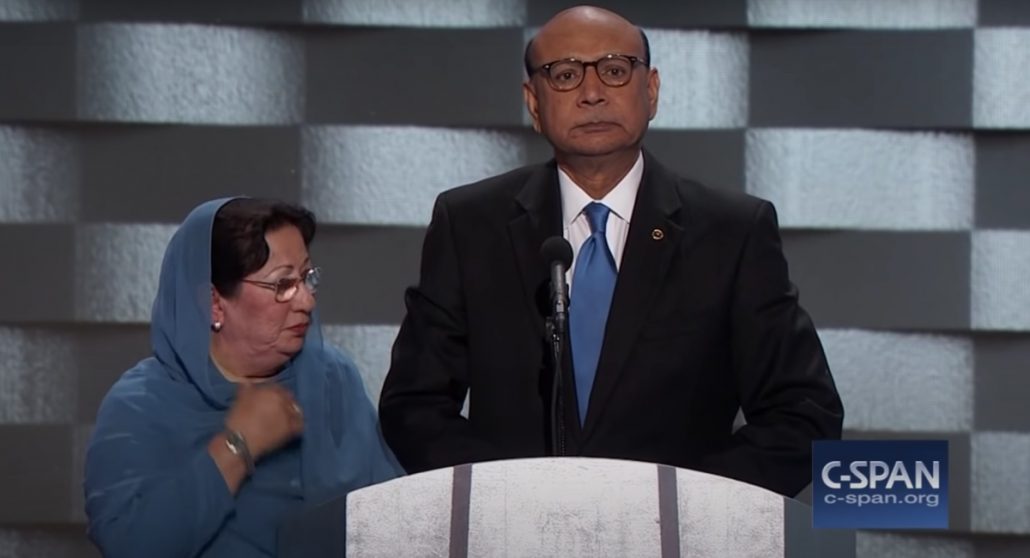 Make Obedience Your Lifestyle
By Imam Abdullah El-Amin, MMNS Note:   This is a refreshed and updated reprint. ALLAH, the Most High, says that those…

© 2020 MuslimObserver.com, All Rights Reserved
India has a hard time to accept Kashmir as an international dispute: Dr. Fa...

Op-Ed: An Injustice to the Brightest Light, Noor Mukadam
Scroll to top