Pakistani American Khizr Khan Gold Star father and founder of the Constitution Literacy and National Unity Centre was the first Pakistani and Muslim to receive the Presidential Medal of Freedom – the highest U.S. civil award.

Khan is the father of U.S. Army Captain Humayun Khan who was killed in Iraq in 2004. Khan gained national prominence after speaking at the 2016 Democratic National Convention, earning dislike from former U.S. President Donald Trump for his views.

“I invited the Khans to the vice president’s residence, Naval Observatory, for a Diwali reception. An Irish Catholic Vice president and Muslim Golstar families at the reception for Diwali, a Hindu holiday. That can be very serious. But, that’s the America we know,” Joe Biden said when giving Khan the award.

Having lost his son, Biden said, the Khans and the Bidens were united by the pain “of losing a piece of our souls and finding the purpose to live a life worthy of them.”

He added, “And Khizr Khan, you will continue to carry a copy of the Constitution and I didn’t ask you, but I imagine it’s still in your pocket. As a reminder of the charge that has to be kept.”

Biden awarded the award to 17 people including Olympic gymnast Simone Biles and the late Senator John McCain for making exemplary contributions to the prosperity, values, or security of the United States, world peace, or other significant societal, public, or private endeavors.

Biden also awarded the medals, the country’s highest civilian honor, to Sandra Lindsay, a New York nurse who was among the first in the country to receive a Covid-19 vaccination.

Speaking at an event at the White House, Biden called the recipients an “extraordinary, extraordinary group of Americans.”

“The Fourth of July week reminds us what brought us together long ago and still binds us — binds us at our best, what we strive for,” Biden said. “We the people, doing what we can to ensure that the idea of America, the cause of freedom, shines like the sun to light up the future of the world.

“This is America,” adding that “these seventeen Americans demonstrate the power of possibilities and embody the soul of the nation – hard work, perseverance, and faith,” the White House said in a statement. 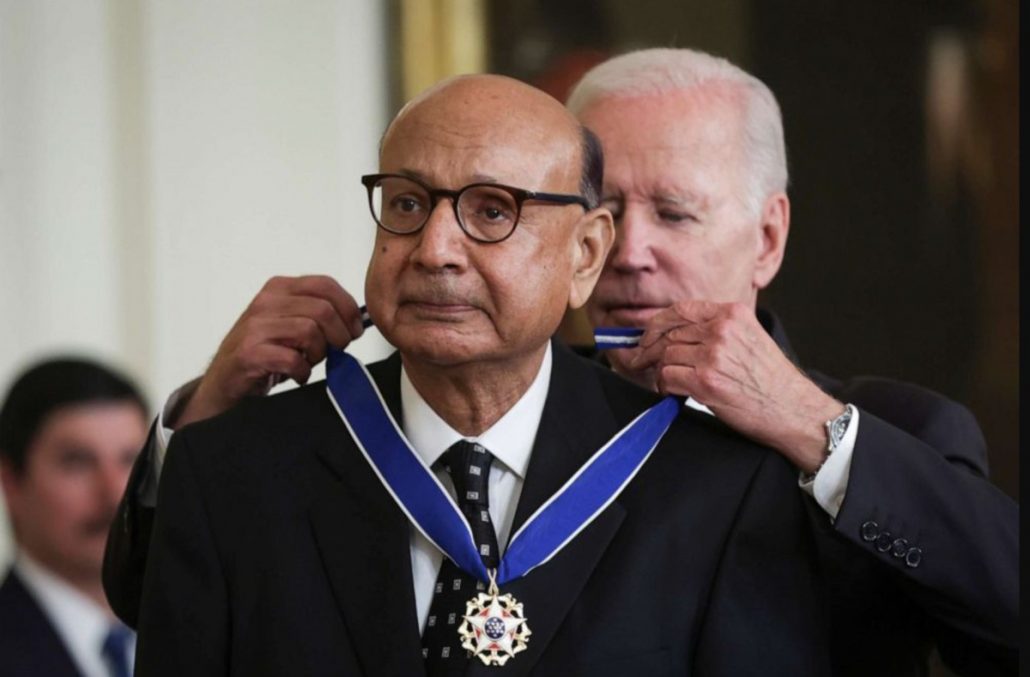