After 20-plus years in prison, Adnan Syed is released from prison, conviction is overturned

More than 20 years after Adnan Syed was convicted for the murder of Hae Min Lee, he walked out of prison for the first time since he was a teenager, after a judge vacated his murder conviction, The New York Times reported. City Circuit Court Judge Melissa Phinn said prosecutors made a compelling argument that Syed’s conviction was flawed. She vacated murder, kidnapping, robbery, and false imprisonment charges against Syed. As a result, on Monday he was able to go home for the first time. Now 41, Syed was 17 years old at the time of his conviction. He has maintained his innocence throughout.

The move followed Maryland prosecutors last week asking to not only vacate Syed’s conviction but request a new trial, noting they lacked “confidence in the integrity” of the verdict. New evidence allegedly pointed in the direction of two other possible suspects, raising doubt about how Syed was convicted and whether he was offered a fair trial.

In their motion to vacate, prosecutors questioned the cellphone data used to place Syed near the site of Lee’s burial, noting that the state’s case “relied on billing location information, provided by ATT, to account for the whereabouts of Defendant’s cell phone.”

They also shared other evidence that was not disclosed to the defense, including a person’s statement that said one of the other suspects had a motive to kill Lee. According to the motion, that suspect said he would make Lee “disappear.” While that information could have helped Syed’s case, it was allegedly never given to the defense.

According to the Baltimore Sun, the judge ordered Syed to be unshackled in court and to remain on GPS monitoring pending another trial. Prosecutors now have 30 days to determine whether to try him again or drop the charges.

Referencing a 1963 Supreme Court decision that prosecutors are obligated to turn over any evidence to the defense that could be favorable to the accused, Phinn said, “the State has proven that there was a Brady violation.”

While a tragic case on its own, Syed’s trial made national news after being the subject of the first season of the hit podcast Serial. The podcast announced Monday that it would have a new episode addressing updates on the case by Tuesday.

But while people across the country celebrated Syed’s welcome home, Lee’s family noted that they were not given enough time for the decision to take place. The judge allegedly rejected a request to postpone the decision from a lawyer representing Lee’s family, who said they had not been given adequate notice of the decision.

“This is real life, of a never ending nightmare for 20-plus years,” Lee’s brother told the court via Zoom, according to NBC News.

The decision to vacate Syed’s charges comes years after another attempt at a retrial, which was granted in 2016 but overturned by the Maryland court of appeals in 2019. This time, due to the new evidence, the judge allowed for an overturning of Syed’s conviction. Whether or not prosecutors will retrial or drop the charges will be known within a month. 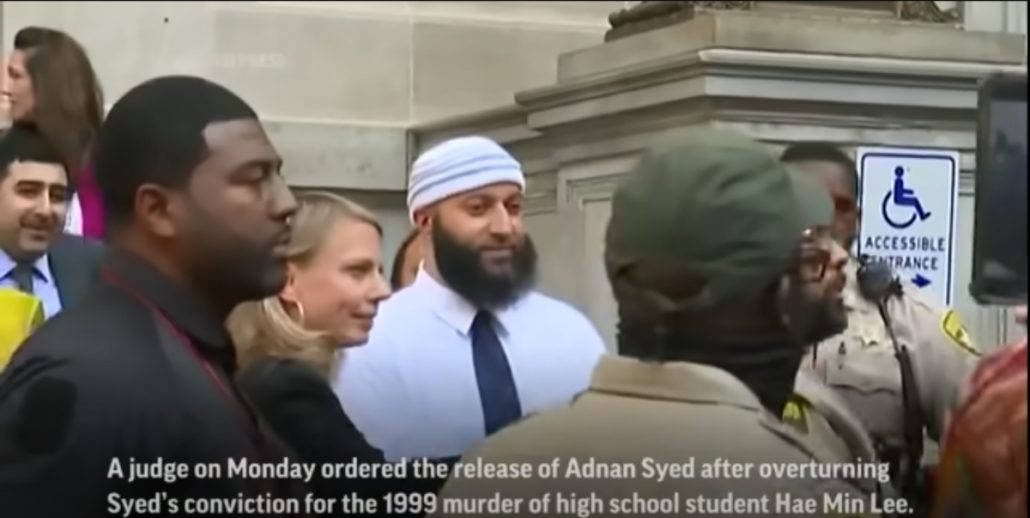 Washing for a Son

CIA, Iran & the Gulf of Tonkin

Pass Interference: The Playbook Against Muslim Voter Mobilization
By Nadia Ahmad We have been had. And we will continue to be had unless we step up our A-game.…

© 2020 MuslimObserver.com, All Rights Reserved
Hindutva up in arms against Islam and Christianity Worldwide

Dozens of Soldiers killed in Clash between Turkmenistan and Kyrgyzstan in Border...
Scroll to top