Pakistan’s police have charged the country’s former Prime Minister, Imran Khan, under anti-terror laws. Mr. Khan is accused of breaching the country’s anti-terrorism act by making threats against state officials. The charges were announced after he accused the police and judiciary of detaining and torturing PTI member Shahbaz Gill, who is already being detained under sedition charges.

Imran Khan applied for protective bail at Islamabad High Court, which was approved for three days. That will last until Thursday. Khan was directed by the court to address this issue at ATA (Anti-Terrorism Act) department by the end of the time.

A statement was released by the PPP (Pakistan Peoples Party), in which Asif Zardari warned that “Khan will continue invading state institutions, constitution, and the law if the government and the institutions do not establish their writ. This person is criticizing our army every day, and the same army’s officers and soldiers are fighting against terrorists and laying down their lives in two provinces. He threatens the army, police, and then a female magistrate and challenges them to arrest him,” he said.

During a State Department press briefing, State Department spokesperson Ned Price was asked if the US was aware of the situation about the former PM of Pakistan. His response was as diplomatic as they come, “this is a matter for the Pakistani legal and judicial system,” he said, adding that it is not directly a matter for the United States, and that’s because they do not have a position on one political candidate or party versus any other political candidate or party. The US spokesperson maintained that they support the peaceful upholding of democratic, constitutional, and legal principles in Pakistan and worldwide.

On Tuesday, Stephane Dujarric, the spokesperson for Antonio Guterres, the secretary general of the United Nations, said in a press conference, “what I can tell you is that the secretary general is aware of the charges brought against former PM Imran Khan, and he emphasizes the need for a competent, independent, and impartial legal process.” Dujarric added that the Secretary-General urges “calm, lowering of tension, and respect for the rule of law, and fundamental freedoms.”

Meanwhile, in Pakistan, Former Sindh High Court Chief Justice Shaiq Usmani said while speaking on Geo News on a news show on Monday that this case was different from ordinary contempt-of-court cases because the leader had explicitly named a judge and threatened her with explicit action.

He added that anyone could criticize a court judgment to any extent. However, it is not allowed to criticize a judge because if that became a norm, no judge would be able to make decisions without fear of retaliation. He said that in his enthusiasm, the PTI chairman had committed a big mistake, and he was now in big trouble. The former chief justice believed that even apologizing might not save him at this point.

According to the former Judge, the legal repercussions of threatening a judge, and police officials can be six-month imprisonment for contempt of court. If this happened, he would be disqualified from running in elections for five years.

Imran Khan’s supporters, however, are relentless. Not all of them are active members of PTI. Many are students, young professionals, and women who have voted for him in past elections.  Hundreds of these supporters gathered outside his home in Islamabad after news of the investigation broke.  They are camped outside the gate of his hilltop residence in Bani Gala, chanting and singing in support of their leader. They have “vowed to take over” if he is arrested. Since PTI lost control of the government, Imran Khan has been very vocal in criticizing the government. He has not held back or kept his views to himself on any issue regarding any malicious activity or corruption in the government. “We will give our lives to protect Imran Khan,” his followers warned the media that arresting him would be crossing “a red line.” No one knows if he is at home or not. Khan has not given a statement, nor has he been seen since the charges.

On Tuesday, the (IHC) Islamabad High Court issued a show-cause notice to PTI Chairman Imran Khan and summoned him on August 31st, 2022, in contempt of court case.

While politically charging an opposing party leader for spewing constant hate towards every institute in the country might make sense, especially if this might keep them from running against you in the upcoming elections; nevertheless, this raises many ethical and moral questions. One can’t help but wonder if this hinders the concept of freedom of speech; At this moment, this is not an abstract conversation. This is a reality for Pakistanis. What kind of criticism is okay, and what will be considered terrorism? The freedom and integrity of the media and press are at stake. We don’t know what material is okay to print and discuss and what the government will consider going too far.

These are all questions that need to be asked, and the government needs to be reminded that this is a democracy. While our institutions and government officials deserve respect and immunity to be able to do their jobs, the public also needs a fearless environment to voice their concerns freely, and the press needs the freedom to do their job. 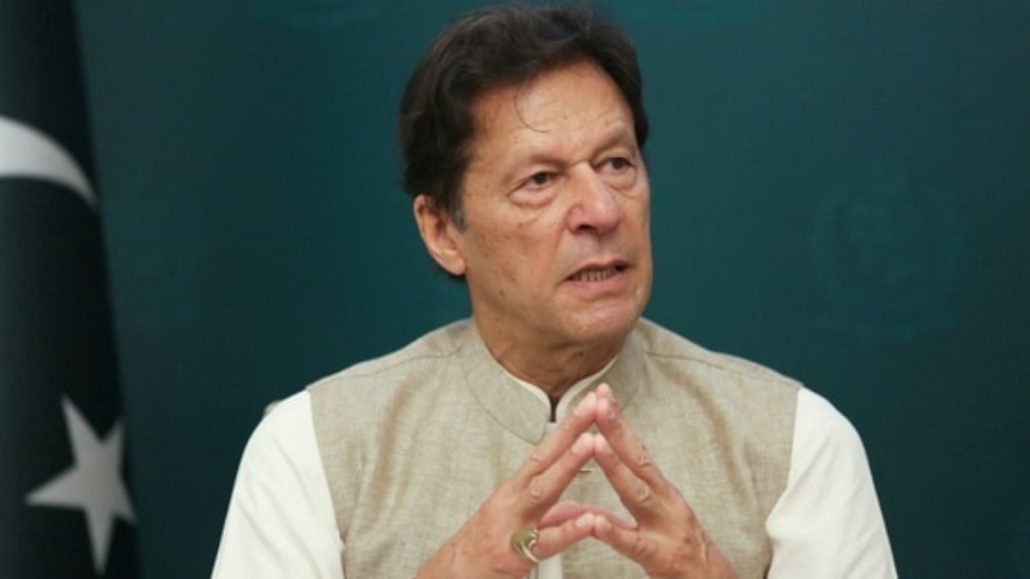 Another Angle on the Moon

Dirili?: Ertu?rul and Muslims in Popular Media
by Sanaa  Picture this: two strangers outside a masjid are embroiled in a lively discussion over a minor campaign undertaken…

The release of Hindu Rapists and Murderers Gives a Glimpse into Ne0-Hinduism...
Scroll to top