by Dr. Aslam Abdullah
Bilkis Bano’s case offers a unique glimpse into the emerging Hinduism and the nature of Hindu Rashtra in India, with its hegemonic designs worldwide. Bilkis Bano is a resident of India’s Western state of Gujarat, where the apostle of non-violence took birth. In 2002, a gang of Upper Caste Hindus attacked her family, raped her mother and sister, and killed her other family members. The victims were Muslims and the rapists and killers were Hindu upper castes.

The rapists and killers got caught, and India’s court sentenced them to life imprisonment. However, on the eve of India’s 75th independence anniversary, a panel consisting of the ruling BJP supporters decided to free all convicted criminals. One of the panelists justified the release by saying they were all Brahmans (upper castes) with good manners. The ruling party’s cadre celebrated the decision by showing praise to the victims and honoring them in their temples and public gatherings. Hindus have remained silent on this, and only a few have openly condemned the panel for its blatant mockery of India’s criminal justice.

Hindu religious leadership welcomed the decision and appreciated the freeing of convicted Hindu upper castes. In several temples of Gujarat and other states, they distributed sweets and offered gratitude to their deities.

The response of Hindu upper castes is not shocking. India has surpassed all levels of bigotry, violence, and racism during the RSS-led rule. It has allowed the lynching of Muslims and Dalits to become a norm and encouraged Hindus to organize a systematic hate campaign against Islam worldwide. Moreover, it has vigorously promoted the idea of a Hindu Rashtra to oppose a pluralistic and secular society.

Hatred against Islam and Christianity is the new mantra to unite Hindu upper castes. The two religions did not originate in India. Hence, their followers in the country are invaders. Hindus should forcibly convert them and kill those who refuse to accept supremacy as defined by the upper castes.

The exclusion of Muslims and Christians from India should create a Hindu Rashtra with Manusmriti as its constitution. The Code of Manus, written thousands of years ago, defines the nature of Hindu society in terms of the caste system. At the top are Brahmans created from Brahma’s head, and Shudras sprang from his feet at the bottom. Those not part of the Varna or Caste system are untouchables, including Dalits, Muslims, Christians, Jews, and all non-Indian originated religions. Manusmriti rejects 4,500 world religious traditions and admits only Jains, Buddhists, and Sikhs as genuine Indian religions.

Brahmans are superior because they are the creator and masters of sacred knowledge. Therefore, their status is the highest in the Hindu hierarchy, and anyone harming them is anti-Hinduism. The underlying assumption in the argument justifying the release of upper caste convicted rapists and murderers is their unique relations with Brahma that absolves them from any punishment for any crime they commit against other castes. The Brahmans who raped and killed Muslims in 2002 performed a holy task and earned the blessings of Brahma. Hence, they are not liable for any punishment. It is how Neo-Hinduism intends to define under the RSS leadership. Hindu upper castes are supreme, and no one can challenge their superiority. The state must protect them regardless of India’s criminal justice system.

India’s Hindu Rashtra will take inspiration from Manusmirti, and laws will correspond to the ideas of caste hierarchy. This division negates the notion of human dignity and human rights because of Hindu upper castes’ first claimants of these two values. Only Brahmans can determine right and wrong based on their interests. Those who challenge Brahmanical rule are anti-Indians and anti-Hindus, deserving to be killed or kicked out of the country.

Brahmans are about 60,481,000 people. That’s approximately 4.3 percent of the total Indian population. The Kshatriyas make up four percent of India’s population.

Vaishyas are described as commoners, and they are the third highest of the four varnas. However, the bulk of India’s material and administrative resources are in the hands of the above three castes.

A Hindu Rashtra will consolidate the power of the three groups and make the 70 percent population subservient to them in all matters of life.

It is this harsh reality that Bilkis Bano’s case has brought forward. What is happening in India, many soon spread to other parts of the world. The US, Canada, Europe, and Australia are on the radar of forces seeking to establish a Hindu Rashtra. The proponents of Hindu Rashtra are increasing their areas of influence, and one should not be surprised if they join hands with divisive powers in the West to subvert democracy and its constitutional parameters to practice racism openly. 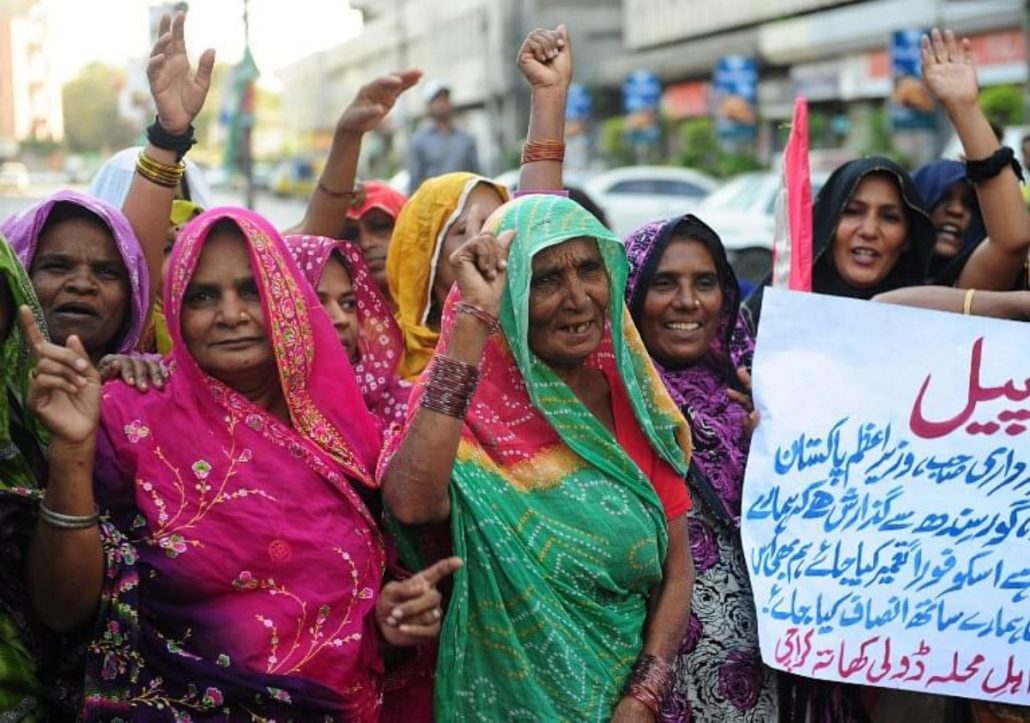 Israeli Democracy?
By Geoffrey Cook, TMO A Palestinian man points to graffiti sprayed on the wall of a mosque in the West…