On Tuesday, Aug. 16, Pakistan’s PTI leader Shahbaz Gill was arrested from Bani Gala Chowk in Islamabad, which is near PTI chairman Imran Khan’s residence. This arrest was in response to a video clip of his controversial remarks that aired on a television channel (ARY News) that went viral on social media.\
Dr. Shahbaz Gill has been working at the Gies College of Business at the University of Illinois as a researcher and an assistant professor of business administration since 2019.

He was arrested on charges of insinuating mutiny in the Pakistan military. He also insulted other institutes of Pakistan besides the army. He has a habit of regularly screaming at respected journalists and reporters and throwing personal attacks on news anchors. His arrest did not go unnoticed on the international platform because no matter the circumstances, there is an element hindering free speech. On Thursday, August 18th, 2022, officials from the capital police added other charges of disappearing evidence and giving false information to the first information report registered against Gill.

The PTI chairman and the party leadership came out on the streets to protest his arrest. Khan tweeted on Thursday, “All the pictures & videos show clearly [Shahbaz] Gill was tortured both mentally & physically including sexual abuse – most too gruesome to relate. He was humiliated to break him down.” He also added videos added and pictures in his tweet as proof.

In response, Information and Broadcasting Minister Marriyum Aurangzeb said that a graphic video shared by Pakistan Tehreek-e-Insaf (PTI) leaders was “fake” and being used as a “ploy to raise false narratives in a bid to distract from PTI leader Shahbaz Gill’s controversial statement.” “Shahbaz Gill has not been tortured, and only fake propaganda is being spread in this regard. When he (Gill) comes in front of the camera, he starts acting,” she said.

Global human rights group Amnesty International also called for an inquiry into the alleged torture of Gill. When being arrested, Gill was crying and claiming that he could not breathe. He could be heard requesting an oxygen mask. He was taken to a hospital shortly after.
Former prime minister, Imran Khan on Friday, vowed that he would leave no stone unturned to bring to justice those who were responsible for mentally and physically torturing his aide.

Shahbaz Gill is in PIMS Hospital in Islamabad. He has security from the police and PTI leadership as well. The court has assigned a team of five doctors to discover his ailment.

Gill has a hearing in court on the 29th of August 2022. PTI claims that there are bruises all over his body. A remand of his bruises was asked from the court, but the court has postponed it.

Addressing a press conference on Tuesday following the arrest Interior Minister Rana Sanaullah, along with Information Minister Marriyum Aurangzeb, said that the Islamabad Police arrested Shahbaz after lodging an FIR.

“An attempt was made to incite mutiny and sedition in the Pakistan Army ranks and files. This whole conspiracy is being investigated, and the conspiratorial characters are being determined. The entire nation is proud of the services and martyrs of the Pakistani forces,” he added.

This Monday, in a viral video, Gill was protesting being force-fed. He was seen and heard complaining to the doctors and nurses that he cannot have juice and lassi (yogurt drink) because he has diabetes, and they are jeopardizing his health by forcing him to eat and drink these foods. A statement was issued that said, “Shahbaz Gill was given food and fruits only to enable him to be on his feet and healthy so that the magistrate would accept the remand without hesitation.”

Gill was released from the hospital, and the team of doctors assigned to him said that he is an asthma patient and requires regular medication; otherwise, his overall health is satisfactory. 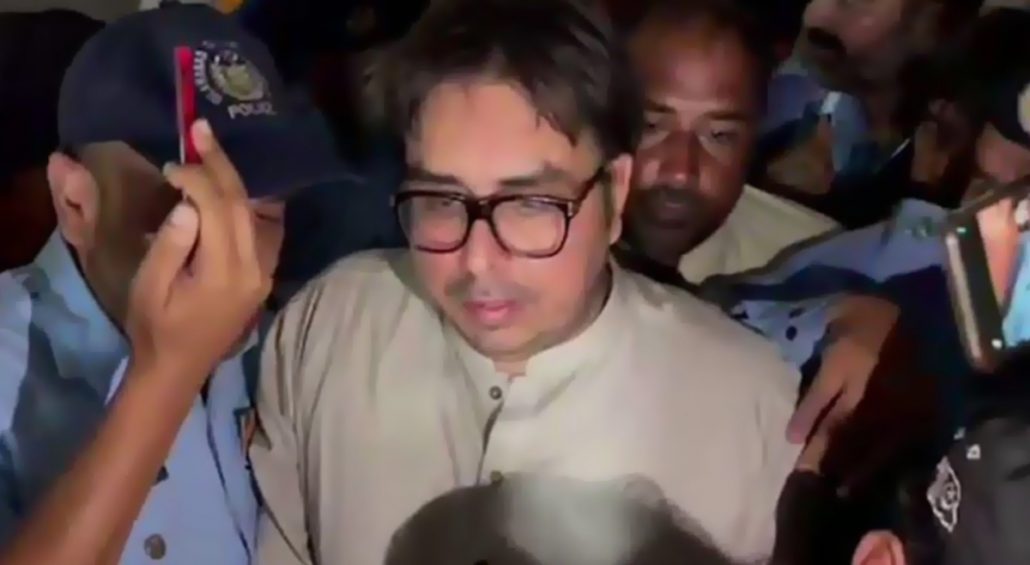 Another WikiLeaks Cable About My Movies

Israeli Piracy in International Waters
By Susan Schwartz, MMNS The rogue state of Israel, the unruly step child of the United States, has pushed the…