In the summer of 2019, Tabrez Ansari, a 24-year-old Muslim man in the Jharkhand state of India, was accused of stealing a motorbike by a Hindu mob. Ansari was tied to a pole and forced to chant “Jai Shri Ram,” a Hindu slogan that translates to “Hail Lord Ram.” For twelve horrific hours, he was flogged with metal rods. Two police officers were later suspended because they failed to inform senior officials about the case and “tried to stop it themselves.” Whether the police officers truly attempted to save Ansari is questionable, considering the twelve hours it took for the police to finally break up the mob. Astonishingly, the police decided to take him to the police station first, to file charges for his alleged theft of a motorbike, even though he was in serious need of medical attention. He was not taken to a hospital until four days later when his condition worsened. He died at the hospital due to a skull fracture and other bodily injuries.

Alarmingly, Ansari is one of many similar cases. Muslims in India are in greater danger today than ever before, and much of the threat can be traced to the ruling party in India, the Bharatiya Janata Party, and the ideology it stands for, Hindutva (an ideology distinct from the religion of Hinduism). The Rashtriya Swayamsevak Sangh (RSS) is an extremist Hindu nationalist movement and one of the main promoters of the Hindutva ideology. One of the founders of the RSS, Madhavrao Sadashivrao Golwalkar, was an open admirer of Adolf Hitler and his policy towards the Jews of Europe. Golwalkar claimed that Germany demonstrated that a multi-racial and multi-cultural nation cannot flourish and in that, he wrote, there was “a good lesson for us in Hindustan [India] to learn and profit by.” In fact, it was an RSS member who assassinated Mahatma Gandhi due to Gandhi’s “soft” attitude towards Muslims. Throughout the history of modern India, the RSS has been responsible for numerous hate crimes towards Muslims and other minorities including Christians, Sikhs, and even lower caste Hindus such as Dalits. With six million members, the RSS — effectively the parent organization to the ruling BJP — has dominated politics in India since 2014. Subsequently, the hate-mongering and systematic oppression of Muslims has risen to unprecedented levels, and the steps that are being taken by the Indian government to alienate and perhaps eliminate Muslims from India are shockingly similar to the steps that the Nazis implemented against the Jewish community of Germany in the mid 20th century.

Parallels Between Anti-Semitic and Anti-Muslim Rhetoric

Prior to systematically murdering Jews in concentration camps, the Nazis undertook certain steps to alienate Jews from German society and to create public hatred towards them. The first of these was anti-Jewish rhetoric in posters, newspapers, and especially public speeches and radio addresses. Adolf Hitler would often refer to Jews as “traitors” and “enemies” to ensure that Jews were seen as pariahs in society.

As early as 2015, just one year after the BJP took power, a BJP member of parliament, Sakshi Maharaj, addressed the killing of Mohammad Akhlaq, a Muslim who was accused of illegally slaughtering cows for beef. He stated, “We won’t remain silent if somebody tries to kill our mother. We are ready to kill and be killed.” In 2017, Raman Singh, BJP chief minister in the state of Chhattisgarh, blatantly stated that “We will hang those who kill cows,” while Vikram Saini, a BJP lawmaker from Uttar Pradesh, claimed that he would “break the hands and legs of those who do not consider cows their mother and kill them.”

Whereas Adolf Hitler regularly blamed Jews for societal issues such as German poverty, unemployment, and food insecurity, Anantkumar Hedge of the BJP parliament nonsensically blamed Muslims for spreading the coronavirus, calling it “Corona Jihad.” Another politician, Raja Singh, has called for Rohingya Muslim immigrants to be shot, has called Muslims traitors, and threatened to demolish mosques. Even at the highest level of government, Islamophobic remarks are made. Prime minister Narendra Modi and the president of the BJP, Amit Shah, regularly refer to Muslims as “termites,” “traitors,” and “infiltrators,” much like Adolf Hitler attaching similar labels to Jews during public addresses. A shocking Facebook post by Sunita Singh Gaud, the leader of the BJP’s women’s wing, called for “Hindu brothers” to gang-rape Muslim women on the streets and “hang them in the middle of the bazaar for others to see.” The striking parallels between the Nazi party’s and the BJP’s hate-mongering attitude towards minorities are indeed disturbing, and it has led inevitably to public sentiment turning against Muslims.

The Nazis also claimed that “race-mixing” through marriage weakened Germany. “The Law for the Protection of German Blood and Honor” prohibited marriage and extramarital relations between Jews and persons of German blood. These were declared strictly criminal acts and the law was enforced starting in 1935.

Recently, the state of Uttar Pradesh in India introduced the “Prohibition of Unlawful Conversion of Religious Ordinance” which effectively bans interfaith marriages due to fears of what many Hindu nationalists call “love jihad.” They claim that Muslim men “lure” Hindu women into marriage and then “force” them to convert to Islam. However, when ordered by a court to look into the matter, India’s National Investigation Agency found no evidence of coercion or “love jihad” after investigating numerous interfaith marriages. Although arrests have been made under the new law, perhaps the most dangerous aspect of the law is the symbolic alienation of Muslims and the implication that Muslims are trying to “take over” Hindu India. Equally troubling is that other Indian states are adopting similar laws. Protests have been raised against the religiously discriminatory law in the officially secular nation of India but to no avail.

In 1935, the Nazi government adopted the Nuremberg Laws that declared that reclassified Jewish citizens as state subjects with no citizenship rights. This disenfranchising decree was perhaps one of the most effective in establishing Jews as pariahs, paving the way for further injustice and intolerance.

Instead of outwardly declaring Muslims as foreigners in India today, the BJP has cleverly and systematically managed to create a path towards that very objective. In 2019, the BJP declared plans to extend nationwide the National Register of Citizens (NRC), the register having already been implemented in the state of Assam in 2015. Establishing the register is purportedly to

identify and deport “illegal immigrants.” It dictates that all citizens must provide proof that their families lived in India as early as 1951. Those who cannot produce proof are effectively stripped of their Indian citizenship or declared illegal immigrants. Activists have claimed that Muslims who have lineage tracing back at least to 1951 are being excluded from NRC electoral lists. Fears of mass voter exclusion were raised in the recent 2019 elections when activists claimed that nearly forty million Muslims were barred from voting because they were not included on NRC electoral lists.

The Indian government has, in contrast, provided a fast track to citizenship for refugees through the Citizenship Amendment Act (CAA). The only issue is that the legislation fast tracks citizenship based on religion and applies to Hindus, Buddhists, Jainists, and other “persecuted” religious minorities while glaringly excluding Muslims from the list. This is especially worrying for recent Muslim refugees who fled the 2017 ethnic cleansing of Rohingya Muslims in Myanmar. Much like the Nazis who marked Jewish identification papers with a red-letter J, for Jude (? Jew), to prevent them from obtaining citizenship, the CAA effectively does the same to Muslims, ensuring that they have no path to citizenship and, therefore, establishes them as illegal immigrants. Although India claims to be a secular state, the inclusion of religion as a factor in dictating citizenship status is an act that goes against the very idea of a secular nation.

Hateful rhetoric and discriminatory social legislation inevitably cause a rise in hate crimes. Deepankar Basu, an economist from the University of Massachusetts Amherst, found that since the BJP and Modi took power in 2014, there has been a 300 percent increase in hate crimes against minorities, especially Muslims. He details his findings in his paper, “Majoritarian Politics and Hate Crimes Against Religious Minorities in India, 2009-2018.” He writes:

“Thus, BJP’s spectacular electoral victory in 2014 sent a signal to those holding strong anti-Muslim sentiments that such sentiments were widely held in society. Since the election campaigns by key BJP leaders had demonized and vilified Muslims, its victory made it acceptable to verbally and physically attack Muslims. Since key political leaders did not strongly condemn such attacks and law enforcement officials were lax, it reinforced the attacks on Muslims by creating and sustaining a culture of impunity. It is this social atmosphere that encouraged violent, and often lethal, attacks on Muslims across India.”

Mr. Basu emphasizes the role of the BJP government in facilitating the rise in hate crimes, especially the lack of prosecution of perpetrators. Perhaps the most striking evidence of this fact is how in January 2020, a gunman opened fire at a group of Muslim protesters while the Delhi Police looked on without taking any action. Similarly, the Nazi government rarely brought those who committed crimes against Jews to justice. During the Kristallnacht Pogrom (Night of Broken Glass), approximately 1,400 synagogues were burned and 7,000 Jewish-owned stores and hundreds of homes were damaged and looted, and close to one hundred Jews were murdered, while the Nazi government did virtually nothing to stop the chaos. Prime Minister Narendra Modi is not unfamiliar with pogroms such as these, as he was chief minister in the state of Gujarat in 2002 when more than 2,000 Muslims were killed and many Muslim women raped. Due to his role in that pogrom, Modi was barred from entering the U.S. in 2005.

Human Rights Watch has stated that authorities in India’s Gujarat state were still “subverting justice, protecting perpetrators, and intimidating those promoting accountability” even a decade after the riots. Recent pogroms such as the 2020 Delhi riots, where nearly fifty Muslims were killed and dozens of mosques were burned, have yet to see perpetrators brought to justice — giving extremists a green light to continue their violence. The parallels between the injustice towards Muslims in India and Jews in Nazi Germany are exemplified by the systematic facilitation of extremist hate and violence against minority groups, yet another step towards ethnic cleansing.

After socially and politically alienating Jews, Adolf Hitler commenced what he called “The Final Solution.” This consisted of the complete extermination of Jews, and in 1938, 30,000 Jews were sent to concentration camps, the first of about six million. Reports have trickled out of Indian Occupied Kashmir of Hindu gangs being given free rein to murder Muslims and loot Muslim properties. Although these crimes are hard to verify due to the tight lockdowns, curfews, and internet blockages the Indian government has imposed, they may not be surprising when put into the context of the BJP’s history of dealing with Muslims.

It is important to bear in mind that Adolf Hitler was not the first person in history to ethnically cleanse a people or to commit genocide; he simply followed the steps that allowed him and others before him to do so, gradually and systematically. Now, those very steps are being taken against the Muslims of India, and if we are to learn the lessons of history, there is only one step remaining: full ethnic cleansing, either by forced emigration or the ultimate evil of genocide. 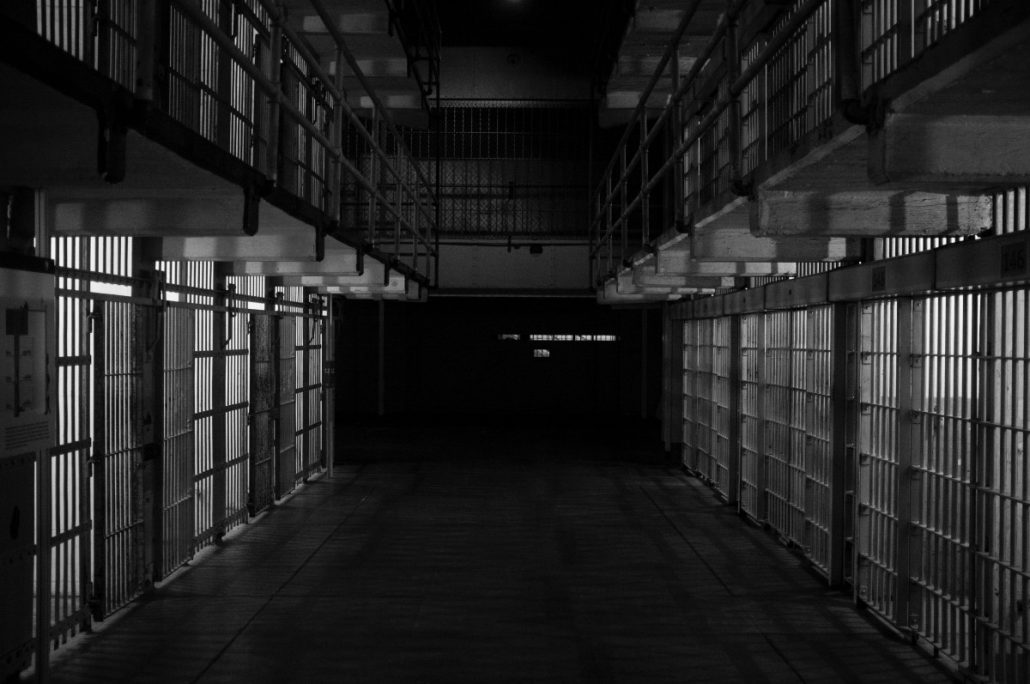 © 2020 MuslimObserver.com, All Rights Reserved
Half a Million and Counting

We Are All Equal: In Observance of Black History Month – An Imam’s Pers...
Scroll to top