I am gratified by this opportunity to explore media influence in the United States on foreign and national security policy regarding Muslim nations and peoples in general and Kashmir in particular. Let me begin by summarizing the case of media detractors, which should tell us whether or not, it is too facile and undiscriminating.

Doubtless, the media is instrumental in foreign policy because public opinion is ordinarily decisive on government decisions, whether in South Asia, Vietnam, the Middle East, Europe or elsewhere. It is charged by many thoughtful critics that the media is biased against Muslims and that Bosnia was the rare exception that proves the rule. Samuel Huntingdon’s thesis in his “Clash of Civilizations” which pits Islam against the West, is said to be revealed the truth to the American media.

What I submit is that media portraits generally reflect a blending of the foreign policy and national security interests of the United States coupled with domestic voting constituencies, which are more Judaeo-Christian than Muslim. Let’s examine South Asia in last three decades, with a focus on Kashmir, Pakistan, Afghanistan, and India. Pakistan and Afghanistan were treated kindly during the approximately 10 years needed to evict the Soviet Union after their December 1979 invasion of the latter. The fragmented Mujahidin were celebrated as freedom fighters opposing Communist secularism and Soviet tyranny. They even received stinger weapons from the Central Intelligence Agency, and irregularities in the distribution of financial and military aid were overlooked. Pakistan was acclaimed for hosting millions of Afghan refugees despite the dislocations on the Pakistan economy and resentment by some indigenous Pakistanis around Khyber Pakhtunkhwa and beyond. Indeed, the media and the American government closed their eyes to Pakistan’s nuclear capability in order to evade the strictures of the Pressler Amendment.

Now let’s take the case of Kashmir, which is more complex. At the time that the resistance hardened and swelled in 1989, the media in the United States, including The New York Times, The Washington Post and others showed signs of sympathy, but India was never castigated except by human rights organizations in the context of assailing countless other countries.

The proposition that the United States tilted towards India because of its successful propaganda campaign maligning the Kashmiri resistance as largely so-called ‘Afghan Arab terrorists’ and ‘fanatics’ seems unconvincing. President George H. W. Bush, President Clinton, President George W. Bush, President Obama, President Trump and now President Biden’s administration always favored India over Pakistan or the people of Kashmir. They made no protests at the United Nations Security Council over India’s violations of its plebiscite resolutions and recently over the abrogation of Article 370, 35A and enactment of Domicile Law that changes the demography of Kashmir. That is tantamount to acquiescence in India’s illegal claim of sovereignty over Kashmir. They all gave India a veto over any third party intervention knowing it would be employed to the disadvantage of Pakistan and Kashmiris. They made no attempt at building moral suasion against India’s human rights crimes and brutalities as was done against South Africa’s apartheid, Yugoslavia’s ethnic cleansing, and Indonesia’s maltreatment of East Timorese.

A pro-India tilt is largely caused by India’s multi-million annual lobbying campaign with Congress and the Executive Branch coupled with a soaring number of politically organized Indian-Americans in the media, IT and other industries who command handsome salaries and make generous campaign contributions through political action committees. The election of Kamala Harris as Vice President of the United States, whose mother was from India, testifies to the growing influence of Indian American community. The Indian Caucus in Congress dwarfs a tiny Pakistan counterpart. And the domestic voting clout of Kashmiris and Pakistanis combined is no match to their Indian-American rivals.

It might be argued, however, that South Asian experts and national security wizards have identified Kashmir as the most dangerous place on the planet because it could trigger nuclear exchanges between India and Pakistan. The conspicuous fact is, nevertheless, that President Clinton was the one who was reciting the most dangerous place mantra for years but did nothing as the President to demonstrate he seriously believed what he was saying. No special envoy on Kashmir or push on Secretary-General of the United Nations to do the same. Not a syllable of criticism of India for its negotiating intransigence. In other words, the United States all along, including Biden Administration treats Kashmir with complacency, although its statements ring with urgency.  Why the discrepancy?

The point of these observations is to demonstrate that the United States’ prevailing tilt toward India represents not a break from the past but a continuity. The reasons for the pro-India sentiments are manifold. A hefty percentage of Americans equate India with Mahatma Gandhi, especially after watching movies that treat him as a virtual deity of peace and non-violence. The economic attractiveness of India as a trade and investment partner played a very important role in its image. Finally, India has maneuvered skillfully to keep its Kashmir atrocities off the likes of CNN and BBC and the front pages of newspapers by the exclusion of foreign journalists or permitting them only carefully scripted and chaperoned visits. No pictures mean little international outrage and calls to action.

I have identified what seems to explain India’s positive image in the United States. I will now turn to what I think explains a less positive or negative image of the Kashmir resistance and Pakistan, which is blurry in the eyes of most non-experts in the field. And they dominate image-making.

After partition on August 15, 1947, when Kashmir became internationalized, the conflict was virtually uniformly treated as a dispute between India and Pakistan, not about Kashmiris and their right to self-determination.

When India raced to the United Nations Security Council in 1948 over Kashmir, Pakistan answered by itself. It did not insist that even a single Kashmiri be heard during endless argument and debate despite the fact that their political and human rights were at stake, not those of either Pakistan or India. Kashmiris later were not represented at Tashkent, Simla, or Lahore.  Even today, no one persuades India and Pakistan to change track-two into multi-track diplomacy, with the inclusion of the Kashmiri representative..

Let me finally address Kashmir directly. Why has its self-determination claim been received with less media and foreign policy sympathy in the United States than Kosovo, Montenegro, East Timor or Southern Sudan?

The answers do not lend themselves to Euclidean exactitudes but seem reasonably clear. Most Americans know nothing of Kashmir or its history. They do not understand its international law right to self-determination. They do not know of the Hindu Maharaja’s bogus and invalid instrument of accession to India. Kashmir does not feature internationally renowned political figures like the two Nobel Prize winners in East Timor, Carlos Belos and Jose Ramon-Horta or personalities like Nelson Mandela.

In conclusion, I do believe that Kashmir cause is hurt by ignorance and misinformation. National security interests and domestic political influences are the overwhelming determinants of how any nation or cause is perceived by the United States. Exemplary is Joseph Stalin, who was portrayed as a kind uncle during World War II when fighting with the United States, but then was rapidly transformed into a villain or demon with the onset of the Cold War.

Let us not gripe about the unfairness of the world, which is as otiose as shouting at the weather. Let us continue to improve our organizing and communications strengths so that our domestic influence in the United States and elsewhere will accordingly climb. 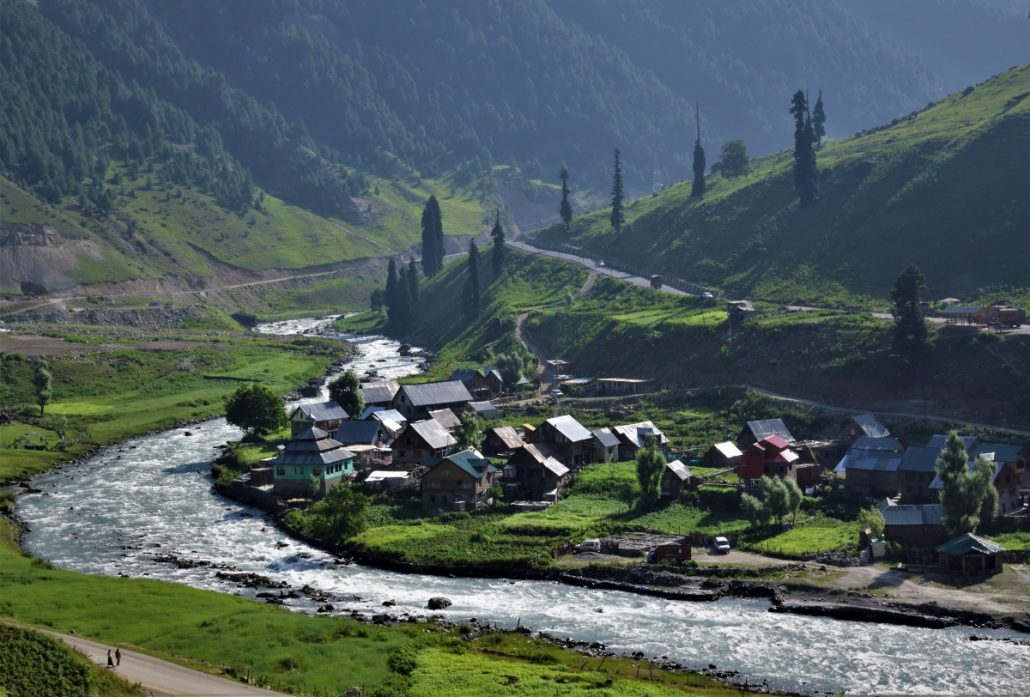 Hedo Turkoglu and the Magic Fight Back

© 2020 MuslimObserver.com, All Rights Reserved
Imran Khan’s Visit to Saudi During Ramadan was a reflection of his Leader...

Survivors guide to the world of Scams; FTC and Ethnic Media Services offers...
Scroll to top