A new era is beginning in Pakistan. It could be a change for the better or a failing government’s last attempt at survival. The country approved its first National Security Policy (NSP) 2022-2026 on Monday. Prime Minister Imran Khan called it a “historic moment” for the country. This is the first National Security Policy in Pakistan’s 74-year history.

The NSP was approved during the 36th meeting of the National Security Committee (NSC). The Prime Minister of the country was the chairperson of the committee according to a statement from the Prime Minister’s Office. According to the statement, The attendees included Federal Ministers for Foreign Affairs, Defence, Information and Broadcasting, Interior, Finance, Human Rights, Chairman Joint Chiefs of Staff Committee, all Services Chiefs, National Security Advisor, and senior civil and military officers.

Talking about the country’s external relations, the NSA said that the agenda of this security policy is peace with “neighboring and other countries.” Mr. Yusuf also emphasized, “The Policy would not have seen the light of day without the Prime Minister’s constant leadership and encouragement”. Explaining what this policy exists to accomplish, the NSA said, “economic security is the core for human and military security”. He clarified that the policy prioritizes the security of the citizens of Pakistan.

PM Khan said during the meeting that the security of Pakistan lies in the security of its citizens and reminded everyone that Pakistan was well prepared to meet any internal and external threat.

The Prime Minister of Pakistan ensured the public that the policy is public-centric. This includes physical and especially economic safety. He further clarified that internal and external safety will stem into military safety.

Under NSP many new changes will be implemented while old ones will be renovated for the better. under the agricultural transformation plan, the government has, for the first time ever, chalked out a comprehensive strategy and has been implementing it on an urgent basis. “Mechanization of agriculture sector, provision of quality seed, efficient water management system and assistance in livestock farming is transforming the sector into a high yielding economic entity,” Mr. Khan said.

Kissan Card (farmer card) has been used to help farmers get subsidies on products they need in bulk such as fertilizer, and genetic improvement of livestock. This has yielded good results in the previous year, with improvements made to this under NSP’s umbrella, the government aims to achieve even better results in the future.

The Centre of Excellence regarding agricultural research is being launched soon in Punjab and other provinces with a focused approach on crops and especially those crops that will substantially reduce dependence on imports.

Continued successful relations with china in regards to sharing information and technology to grow farming and agriculture has been a major part of this agreement. The meeting was informed about the progress on collaboration with the Chinese Academy of Agricultural Research. The Pakistani government also aims to increase diversity in this field to bring out new ideas and support Existing research, the report said.

Shrimp farming was a major discussion point of the meeting and reforms are included in the final approved policy. There are many areas in Pakistan where Shrimp and Fish farming is one of the major revenue generators. More research and assistance would be provided to farmers in this area as well.

Under the special economic zones, PM Khan said the government’s focus would increase investment in the SEZs for the establishment of export-oriented industries. He also said the government’s business-friendly policies and focus on ease of doing business had already started producing positive results. The Prime Minister added, “Increased investment of overseas Pakistanis and foreign investors is the result of the trust which the government has earned by its effective policy measures.”

There are four major SEZ)s which are Allama Iqbal Industrial City, Rashakai, Dhabeji, and Bostan. These four are already operational with a total count of 21 SEZs of varying sizes on the way. A convenient model is being created for investors by the BoI Media Network of Pakistan to assist in providing basic amenities such as electricity, gas, water, and construction permits.

A unified compliance regime has also been formulated for services under the provincial and federal governments. A proposal regarding the empowerment of management companies to obtain No Objection Certificates (NOC) and other permits on behalf of the investors was also given.

On Dec 29 Foreign Minister Mr. Shah Mahmood Qureshi commented on recent changes taking place in government. He emphasized that “Pakistan’s foreign policy must respond adequately to the shifting trends and must navigate through this external environment to ensure the security of Pakistan’s sovereignty, territorial integrity and independence, and advancement of development agenda.”

However, the Prime Minister has ensured the fact that this policy will ensure instability within the country and strength at the borders. This is also a way to extend relationships with neighboring countries.

How successful this strategy is, remains to be seen. 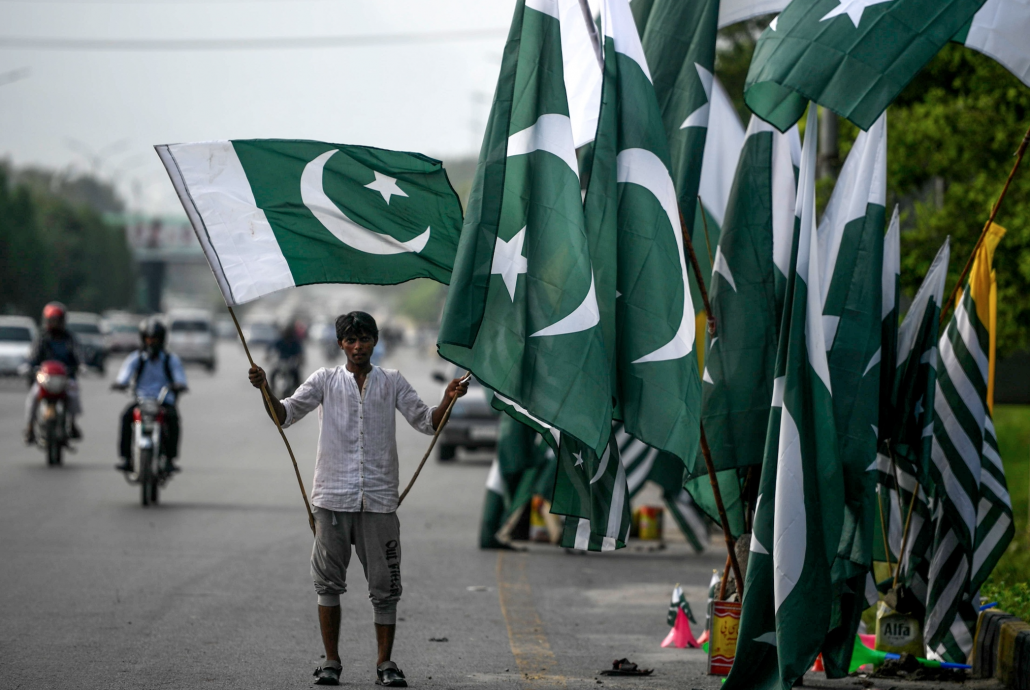 Sexual Health Education Still Inadequate
TMO Editorâ€™s Note:  The following is a very frank account of a womanâ€™s experiences before her conversion to Islam. By…

Opinion: Syria, From a Syrian-American Activist