The death of a young Kurdish woman, Mahsa Amini, who died under mysterious circumstances after being arrested by the country’s morality police, continues to spark protests across Iran. As BBC reports:

There were reports that officers beat her head with a baton. The police said she suffered a heart attack. To support their claim, authorities released footage of Ms Amini collapsing in a police station, but the clip – along with images of her in a coma – enraged ordinary Iranians.

The first protests took place after Ms Amini’s funeral in the western city of Saqqez, when women ripped off their headscarves in solidarity.

Since then the protests have swelled, with demands from more freedoms to an overthrow of the state.

Several historians have noted that the protests sparked by Amini’s death have become the most prominent challenge to the Iranian regime since the 1979 revolution.

While the protests and resulting conflict within the country have continued daily since Amini’s death in September, Iran’s participation in the World Cup has sparked several recent protests and acts of rebellion.

Most recently, not a single member of the Iranian team sang their country’s national anthem at the start of their World Cup match with England on Monday. Heavy booing during the anthem was also heard from crowds within the stadium.

The anthem protests are likely to have repercussions for the players when they return to Iran, but Carlos Queiroz, their Portuguese manager, told reporters the players were free to make a protest.

According to The Guardian, in an interview before the game, Ehsan Hajsafi, the Iranian captain, opened his remarks by saying, “in the name of the god of rainbows,” a phrase uttered by a 10-year-old boy, Kian Pirfalk, who was killed by Iranian security forces. Hajsafi added that he stood with the Iranian people and offered condolences to the grieving families in Iran.

In addition to chants and apparel saying “Zan, Zindagi, Azadi” (women, life, freedom), a famous chant from the protests in Iran, Al Jazeera reported. The protests began with claps and chants of “Iran,” with crowds also waving banners with Amini’s picture on them.

“My people in Iran are under a lot of pressure and are being killed by the regime, so we want to use this opportunity to raise a voice for them,” Mahmoud Izadi, one of the protest organizers, told Al Jazeera in Qatar’s capital Doha.

According to Barrons, the match coincided with security forces firing at protesters and using heavy weapons to suppress protests in Kurdish-populated regions in the western part of Iran—in the cities of Piranshahr, province of West Azerbaijan, and Javanrud, in Kermanshah.

Photos showed bodies on the streets, with reports of dozens injured, The Guardian reported.

Protests began in September after the death of 22-year-old Mahsa Amini, an ethnic Kurd from Saqez in northwest Iran. Amini was arrested in Tehran by the morality police for allegedly wearing her hijab incorrectly. She died in police custody.

Women and young people are on the front lines of these protests, and despite viral claims, the government has not sentenced 15,000 people detained during the protests to death. This misunderstanding likely comes from a statement that 227 of Iran’s 290 parliamentarians signed stating that protesters “waging war against God” should be dealt with in a way that would “teach an example.”

According to BBC, at least four protestors have been sentenced to death on the charge of “enmity against God.”

“Protesters don’t have access to lawyers in the interrogation phase, they are subjected to physical and mental torture to give false confessions, and sentenced based on the confessions,” said Mahmood Amiry-Moghaddam, the director of Norway-based Iran Human Rights, according to BBC.

While the identities of those sentenced to death have not been revealed, Amnesty International said information about their charges had led human rights activists to believe they were Mohammad Ghobadlou, Manouchehr Mehman Navaz, Mahan Sedarat Madani, Mohammad Boroughani, and Sahand Nourmohammad-Zadeh. An additional 21 protesters are also among those who may face such charges in the future.

As of this report, at least 348 protesters have been killed and 15,900 others arrested in a crackdown by security forces under what Iran’s government has described as foreign-backed “riots.”

At least 58 children—some as young as eight—have been killed in the country since anti-regime protests broke out in Iran two months ago, The Guardian reports.

According to Human Rights Activists in Iran, 46 boys and 12 girls under 18 have been killed since the protests began on Sept. 16. In the past week alone, five children were reportedly killed by security forces.

Additionally, soccer players are not the only ones protesting alongside the people. Authorities arrested at least two prominent actors this weekend for “provocative” social media posts and actions, The New York Times reported. Security forces arrested Hengameh Ghaziani and Katayoun Riahi for removing their headscarves and participating in the anti-government protests.

The government charged the actresses with “collusion with the intention of acting against the state security” and “propaganda against the state,” IRNA, Iran’s state-run news agency, said on Sunday.

Prior to her arrest, Ghaziani published a video on Instagram Saturday noting she understood the consequences of speaking up. “Maybe this will be my last post,” she wrote. “From this moment on, whatever happens to me, know that, as always, I am with the Iranian people until my last breath.” 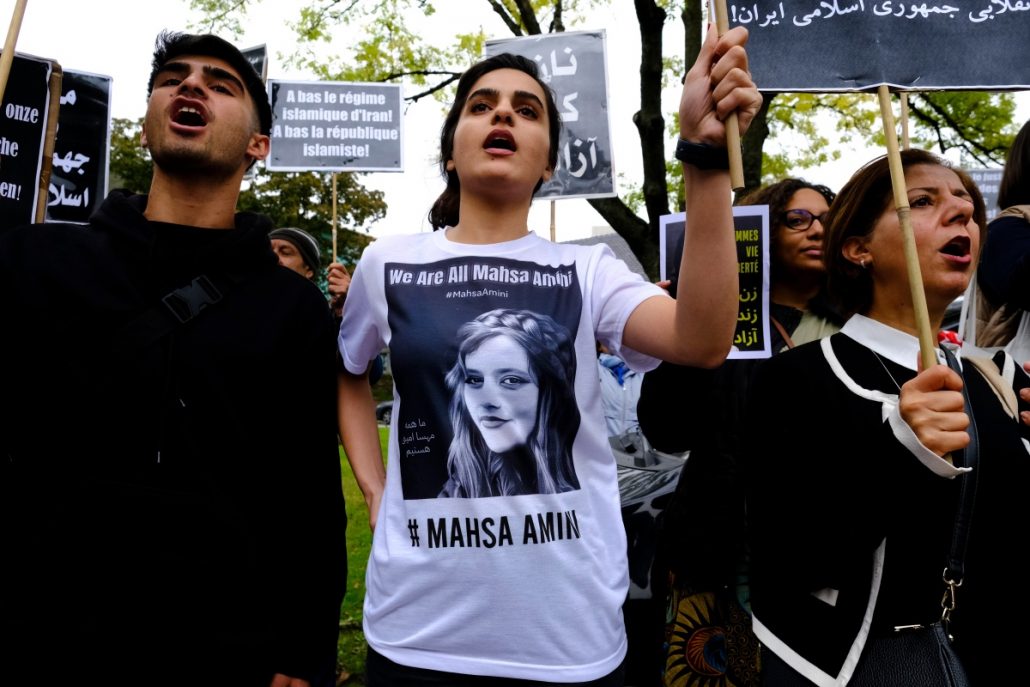 Pakistani Troops Fire on US Helicopters

Christian to Muslim: A Change of Faith
Editorâ€™s Note: â€œUnwelcome: The Muslims Next Doorâ€ features the Muslim community of Murfreesboro, Tennessee, where Matthew Miller has lived since…