More than 10 Muslim Americans have been selected for positions in the new U.S. administration.

Fazili is the second Kashmiri-origin Indian-American appointed to a key position in the Biden administration.  As part of the council, she will coordinate the economic policy-making process and provide advice to the president. Fazili is a graduate of Yale Law School and Harvard College.

“It is a proud moment for the entire Kashmir,” her uncle Rouf Fazili said. “She was not born here and her parents left the Valley in 1970-71, but she has a strong affinity with Kashmir.”

Uzra Zeya – Under Secretary of State for Civilian Security, Democracy, and Human Rights

Zeya is an Indian-American who most recently served as CEO and President of the Alliance for Peacebuilding, where she drew on over two decades of diplomatic experience in Near East, South Asian, European, human rights, and multilateral affairs.

She has extensive experience working in foreign service including being Deputy Chief of Mission at the U.S. Embassy in Paris for at least three years. After over a decade in foreign affairs and service work she had quit during the Trump administration due to his policies.

Zaidi moved to the U.S. from Pakistan at the age of 5-years-old.

As Deputy of National Climate Advisor Zaidi will coordinate climate change work across the White House and federal agencies. He formerly served under the Obama administration and argued that climate change was already negatively impacting the US.

“Climate change is already costing taxpayers,” he wrote in a white paper while serving in the Obama administration. “But the costs we are incurring today will be dwarfed by the costs that lie ahead. Without action, taxpayers will face hundreds of billions of dollars in additional costs every year by late in this century as the effects of climate change accelerate.”

Siddique is the first Bangladeshi-American to be named to a senior position in the Biden administration. Originally from Bangladesh, he was raised in New York. Siddique graduated from Princeton University and Yale Law School. He is the Chief of Staff for the Domestic and Economic Team of the Biden-Harris Transition. He was also a member of Vice President-elect Harris’s prep team for the 2020 Vice-Presidential Debate. Before these roles, Siddique was the Deputy Policy Director for Beto O’Rourke’s presidential campaign and a Senior Policy Advisor to his senate campaign.

He also served as a law clerk to Justice Elena Kagan of the US Supreme Court, Judge David Tatel of the US Court of Appeals for the DC Circuit, and Judge Dean Pregerson of the US District Court for the Central District of California

Dodin will be the most senior Palestinian-American woman ever to serve in the executive branch. She will work alongside fellow deputy Shuwanza Goff, who will be the first Black woman to hold the position. A longtime staffer for Illinois Senator Dick Durbin, Dodin has served as his deputy chief of staff, floor director, floor counsel, research director and aide to his Judiciary Subcommittee on Human Rights and the Law.

Another Palestinian-American, Bitar will serve as Senior Director for Intelligence during which he will receive sensitive information from intelligence agencies and coordinate covert operations between the intelligence communities and the White House. The office of the senior director also houses the server that stores the most sensitive classified information.

He formerly served in the National Security Council under the Obama administration, as director for Israeli and Palestinian affairs. He earned his master’s degree at Oxford University, writing his dissertation on forced migration at the school’s Refugee Studies Center. He has also worked with the United Nations agency for Palestinian refugees in Jerusalem.

Ali has been appointed as a deputy associate counsel in the Office of White House Counsel. As a law graduate, she served as a  clerk to Associate Justice Sonia Sotomayor of the U.S. Supreme Court in 2018-19 before entering private practice with the litigation firm Wilkinson Stekloff in Washington, D.C. Before her Supreme Court clerkship, Ali was a law clerk for Judge Sri Srinivasan on the U.S. Court of Appeals for the D.C. Circuit and for Judge Amul Thapar during his tenure on the U.S. District Court for the Eastern District of Kentucky.

Ahmed will be joining Biden’s foreign policy team as the director of policy planning at the US State Department. He previously served as head of strategic planning in Barrack Obama’s National Security Council. Additionally, Ahmed served as the chief of staff of the US Mission to the United Nations and a senior policy advisor to the US Permanent Representative to the UN. He is the second Pakistan-American to be appointed as part of the Biden administration after Zaidi was appointed climate advisor a month before.

Mitha served as special assistant to the director of the Department of Defense Office of Small Business Programs under the Obama administration and as a senior advisor on Muslim American engagement for the Biden campaign. Farooq has a strong background in international policy and national security. He is proficient in Arabic and has written opinion-editorials offering commentary on issues concerning the Middle East and the American political system, which have been published in domestic and foreign publications.

A Jordanian-American Shanat will serve as Senior Advisor for Legislative Affairs. She will act as a strategic coordinator for legislative affairs during the transition period for Biden, and legislative assistant to US Senator Michael Bennett. Born in California and raised in Colorado, she graduated from the University of Colorado in 2018, where she studied Psychology and Junior Leadership. Shabat began her legislative career when she joined the US Senate as a trainee in 2017. Her appointment came as Biden announced a transition team that would prioritize “diversity of ideology, background, and talent building to meet the most complex challenges in the United States.” 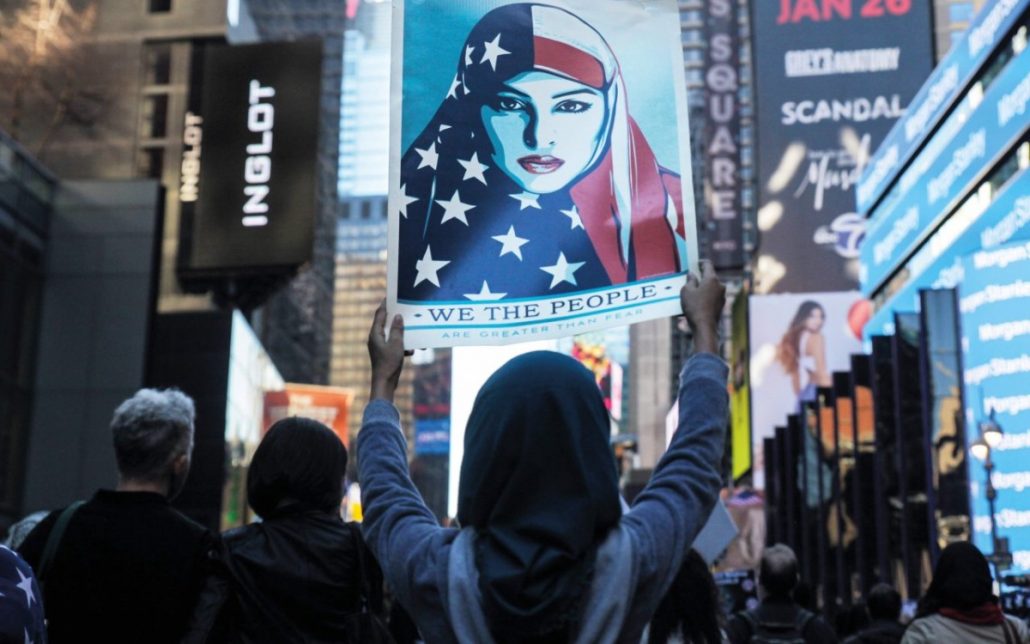 Life in Gaza… and the Peace Process

© 2020 MuslimObserver.com, All Rights Reserved
COVID-19 Updates: Cases and Deaths in the U.S.