Will the Qutub minar and the Taj Mahal too be destroyed by Hindutva vandals like the five-hundred-year-old Babri Masjid and replaced with temples?

This article was first published by The Diplomat.

Muslims in India can’t seem to catch a break. Every week there is a new assault on their faith, their culture, their heritage, their property, and even on their person.

In the past few weeks alone Muslim women in Karnataka have suffered a hijab ban. In Northern India, the police have used bulldozers to demolish their homes without due process. Muslims continued to be lynched by Hindu mobs and in the most recent such instance in Ajmer, a famous Sufi destination, a Muslim vendor was lynched.

The burgeoning culture war against Muslims includes an elaborate multi-issue assault on the Islamic heritage of India. Hindu rightwing groups are now demanding that the Qutub Minar’s name be changed to Vishnu Stambh (Vishnu Pillar). There is already an ongoing campaign to designate the Taj Mahal as a Hindu temple and rename it as Tejo Mahalaya, which is now being pursued more aggressively. The playbook and the players that led to the demolition of the Babri Masjid and beginning of construction of a Ram temple in its place is at it again. This time the targets are Gyanvapi mosque in Varanasi and Shahi Eidgah (royal place of Eid worship) in Mathura.

For nearly a hundred years, the Rashtriya Swayamsevak Sangh (RSS), a Hindu nationalist movement has been striving to redefine India as a Hindu State. With the successive electoral victories of its political branch, the Bharatiya Janata Party (BJP), in 2014 and 2019, RSS has exercised political sway over India for a while now. One can see the manifestations of its ideological endeavors in the policies of BJP governments.

Two of the RSS’s goals appear to be to erase the Muslim presence from the present and rewrite the Islamic past and heritage of India.

In pursuit of the first goal, several policies and laws have already been implemented. The passage of the Citizenship Amendment Act which discriminates against Muslims and in combination with the National Registry of Citizens can and has rendered hundreds of thousands of Muslims stateless. Violence against Muslims by pro-Hindutva mobs and thugs has become a commonplace, often helped by law enforcement agencies. Rather than protecting Muslims, the police has resorted to protecting those who attack them. The rule of law in India has declined to such an extent that sometimes it is tough to separate the police from extremist mobs.

Hindu preachers are now openly calling for the genocide of Muslims with little legal or political consequences. While alleged Muslim stone-throwers have their homes demolished by police, on record callers for genocide do not even merit proper police reports without the intervention of the nation’s highest court. The lawfare and the state-tolerated violence are forcing Muslims to become invisible as many now change their names and hide their religious affiliations to survive in India.

The cultural war on the Islamic past is the surreal side of the Hindutva social reengineering of India. The strategy to erase Islam from the past has two elements, both of which can be summarized as civilizational vandalism. The first tactic is simple, destroy Islamic icons from the past and replace them with Hindu monuments or simply rename them. The destruction of the Babri Mosque  and the allocation of the land to build a Ram temple is the most dramatic example of the first strategy.

Cities, buildings, and monuments are being renamed. National Public Radio (NPR) did a report on this erasure of history. But more shockingly, apocryphal myths are being manufactured and circulated, primarily among the less educated masses, to essentially rewrite the past. The latest targets of this fake history are the famed Taj Mahal and Qutub Minar, two of the most famous icons of Islamic India and major tourist attractions for domestic and foreign visitors. Hindutva demagogues are spreading the myths that the two monuments are Hindu temples and hence they should be renamed, and they should be converted into Hindu temples. Already mobs are gathering at these monuments demanding that history and reality be overturned.

The world is slowly awakening to the ongoing state-tolerated and state sponsored atrocities against Muslims, Dalits, and Christians in India. The media is full of stories about the declining state of human rights, rising authoritarianism, and violence against minorities in India. The US Commission on International Religious Freedom (USCIRF) has consistently recorded the atrocities against Muslims and other minorities in India and has since 2020 repeatedly called on the State Department to label India as a Country of Particular Concern (CPC).

What has not been noted is an ongoing surreal clash of civilizations.

Whether it is portraying all Muslim rulers as evil anti-Hindu looters or trying to steal history by renaming iconic places and monuments or simply rewriting the past, the current Hindutva movement is waging a cultural war on India’s Islamic past.  Will the Qutub Minar and the Taj Mahal to be destroyed by vandals like the five-hundred-year-old Babri Masjid and replaced with temples?

It is hard to imagine India or even the world without the Taj Mahal.

Dr. Muqtedar Khan is a professor at the University of Delaware and host of the YouTube show Khanversations. He is the author of the award-winning book Islam and Good Governance: Political Philosophy of Ihsan (Palgrave Macmillan, 2019). He Tweets @MuqtedarKhan. 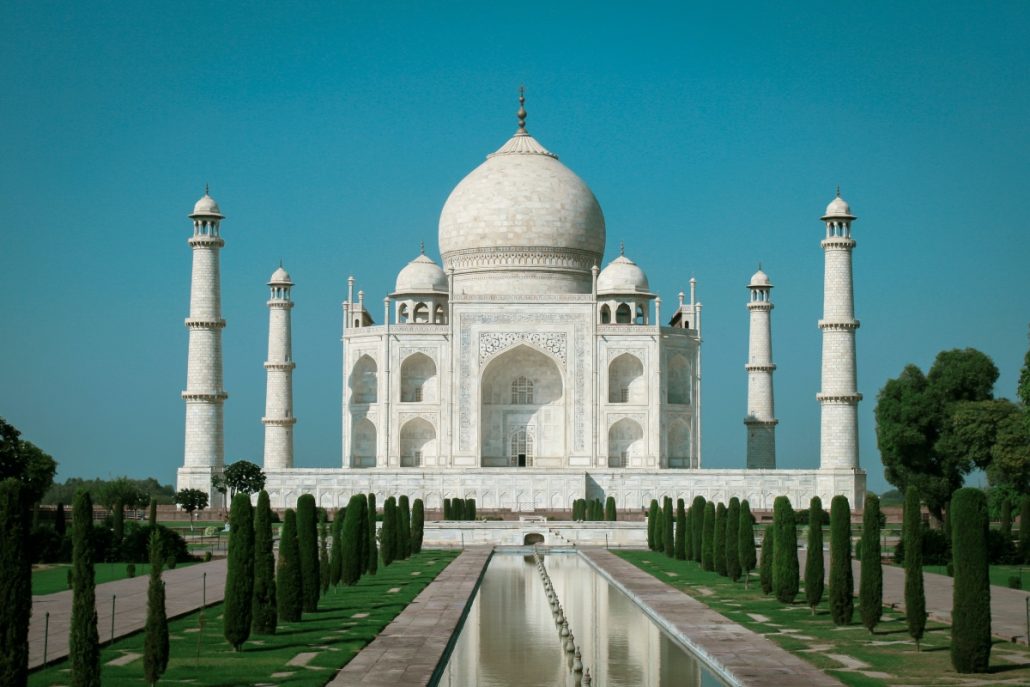 Nobody Wins in Egypt

Maryam Jameelah: ‘With An Eyeful Of Madina’s Dust’

ADC Fundraiser Fills Hyatt Regency Dearborn
By Adil James, MMNS The American-Arab Anti-Discrimination Committee Michigan (ADC) held a fundraiser this past Friday which was attended by…

When the NRA Supported Gun Control
Scroll to top