Graduations are a time for celebration, not only for those achieving the milestone but their family members and friends alike. But unfortunately, not all students are treated the same way or given the respect they deserve. Instead of being able to enjoy her high school graduation peacefully with her peers, a hijab-wearing Muslim student was subjected to harassment and boos from parents and peers alike.

To make matters worse, the school’s principal blamed the student—identified as Huda—for the reactions she received because she mentioned Palestine in a speech she gave to students. According to the Council on American-Islamic Relations (CAIR) New York chapter, the speech Huda gave was approved by the principal prior to the incident.

The chapter is now demanding that school officials publicly apologize and take corrective action following the incident. According to CAIR-NY, The Wheatley School provided false information to both parents and the public, ultimately contributing to the bullying and harassment of the student and her family. The June 20 incident has garnered a social following for not only being Islamophobic, but anti-Palestinian and anti-immigrant under the hashtag #WeStandForHuda.

As graduate speaker, 17-year-old Huda gave a speech calling on students to learn about international affairs, including human rights violations in Palestine and China. She was not only met with hostility during the speech itself but told to “go back to Pakistan” by a parent during the graduation ceremony, according to CAIR-NY. Huda had made her Pakistani heritage known during the speech.

“Educate yourself about international dilemmas, including the ethnic cleansings of Palestinians and Uighur Muslims. Families are continuously torn apart and real human lives are being lost but ignored,” Huda said in her speech.

“Educate yourself on the widespread issues that plague our planet and threaten our very existence in the long run: Consider global warming with the gravity that it needs to be looked at with. And never stop speaking about these issues until they are resolved,”  she continued.

Parents in the audience not only booed Huda but chanted, “We support Israel.” According to CAIR-NY, following the speech one parent was even caught on video questioning the student about Hamas.

Additionally, Huda’s family was subject to harassment, against which school officials took no action. One male parent allegedly became so aggressive that security officials and a police detective had to escort him away from the family.

But instead of supporting the family and student, the principal allegedly blamed Huda for her mention of Palestine in her speech. He claimed that he allegedly failed to review the speech before approving it. This comment has sparked controversy as to why a speech that mentions learning about international issues would not be approved.

But that’s not the only issue: Following the graduation, the school sent two emails to parents. In both emails, the school claimed that Huda’s speech was not approved despite the principal’s acknowledgment of it and accused her of diverting away from her approved speech.

The email by the principle read:

“Unfortunately, one of the student speakers diverted from the remarks that had been originally approved by the Graduation Speech Committee who made the selections, presenting personal views on the Israeli-Palestinian conflict.

“I want to be clear that the injection of such remarks was absolutely inappropriate to the graduation ceremony, as would be any political statements during a celebration solely intended to acknowledge our seniors and their many achievements and accomplishments as members of our Wheatley School community. The comments were not part of the approved speech. I apologize that such a wonderful ceremony became marred for many people in attendance due to those remarks.”

Nowhere did the principal or school acknowledge the harassment or bullying Huda and her family faced. According to CAIR-NY, the email sent made matters worse and contributed to more hate towards the family.

Only after being called out by CAIR-NY on June 22 did the principal, identified as Dr. Feeney, note that he should have held “the adults to task” and condemned the parents’ actions.

Due to the harassment and bullying, Huda has suffered from severe anxiety, which has resulted in her having to make a trip to the hospital. Her family lives in fear of the threats and harassment they have faced.

“It is shocking to see the East Williston School District, The Wheatley School and Principal Dr. Feeney abdicate their fundamental duty to provide a safe and supportive environment for all students and families, including Huda and other Muslims,” said CAIR-NY Legal Director Ahmed Mohamed.

“The East Williston School District and The Wheatley School must address their anti-Muslim bias. It is clear they do not care about their Muslim students. Instead of supporting a vulnerable Muslim student, they chose to target, vilify and smear her to the entire school community. It is abhorrent and must be called out.”

The organization is using the hashtag #WeStandWithHuda to garner support for the student and remind her that she is not alone.

According to a recent report by CAIR-MA, 60% of Muslim students in Massachusetts have reported being mocked, verbally harassed, or physically abused because of their Islamic faith. Reports in other states have found similar results. According to a survey conducted in California, 1 in 3 Muslim students do not feel safe, welcomed, and respected at school, with almost a third of students reporting that school staff made offensive comments about Islam or Muslims at school.

Recommendations that schools implement cultural competency training for both teachers and staff members have been made because often, students are not the only ones contributing to this anti-Muslim behavior. About 40% of survey respondents in the Massachusetts study said school officials also made offensive comments about Islam or Muslims.

Amid rising reports on Muslim students being bullied and harassed, CAIR is pushing for Congress to pass the Safe Schools Improvement Act. The act would prohibit bullying and harassment based on a student’s religion, race, color, national origin, sex, disability, sexual orientation, or gender identity. According to CAIR, at this time there is no federal law that directly addresses bullying. 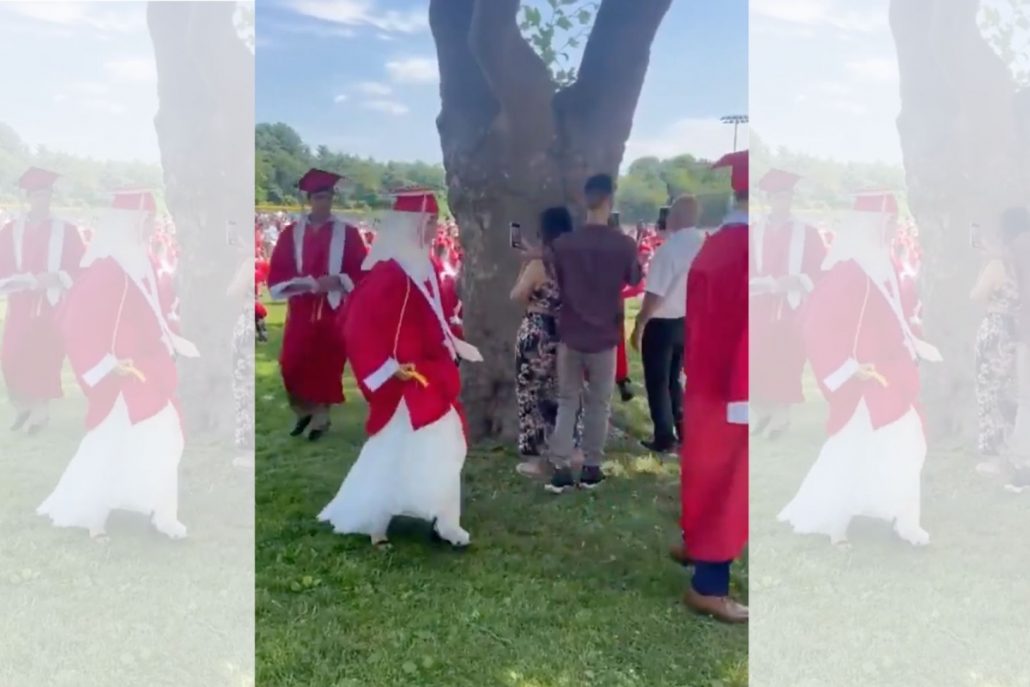