Yom-e-Ashura is one of the major commemorative events for Muslims.

The Martyrdom of Imam Hussain, the grandson of the Prophet of Islam, occurred on the 10th of Muharram, the first month of the Islamic calendar (Aug 7th, 2022).  Muslims worldwide commemorate that tragic event on this day on 680 AD. It was a battle between good and evil. Imam Hussain, the beloved grandson of Prophet Muhammed (peace be upon him), stood up against Yazid, who was made caliph (Khalifah) by his father, Amir Muawiyya. Yazid was an impious person who did not show Islamic character or behavior to be a Khalifah. Imam Hussain refused to recognize or endorse his leadership over the rapidly growing Muslim Umma and Muslim state.

Muslims consider the month of Muharram unique by all Muslims as it is one of the four sacred months of the Islamic lunar calendar.  Prophet Muhammed migrated from Makkah to Medina to build a new society on Justice. They observe the tenth of Muharram with a voluntary day of fasting that commemorates the Prophetic traditions. As said by Ayesha, the Prophet’s wife, “Ashura is the day when Kaaba is secured.”

Sunni Muslims have fasted on two days of Muharram (9th and 10th) since Prophet migrated to Medina. They also fast to experience the suffering of Imam Hussain and his family, martyred in Karbala by Yazid’s army.

An Umayyad caliph Yazid ordered Hussain to pledge allegiance to him, and Hussain refused because he believed Yazid’s rule to be unjust and illegitimate.  Umayyad Caliphate became a dynasty and ignored human life and human dignity, freedom, and Justice. Yazid was a corrupt and immoral leader.  Imam Hussain disagreed with his appointment because it was undemocratic, and the new ruler had a questionable personal character of Yazid. He challenged Yazid’s authority and established the maxim that sometimes, the principles of life are more important than life itself. Imam Hussain was the most beloved grandson of Prophet Muhammed and lived Quranic guidance from early childhood, and he remained deeply committed to the Quranic values of Justice and equality.

His rejection of the pledge of allegiance to Yazid led to a massive ten-day standoff at Karbala, in modern-day Iraq, between Umayyad’s enormous army and a few of Imam Hussain’s followers, which included his half-brother, wives, children, sisters and closest friends. His supporter betrayed him, but his family stood by him in Karbala. He chose to stand his ground, knowing that he and his followers may not survive at the end of the conflict. He stood for righteousness and Justice and sacrificed his life for Islam.

It is an incredibly tragic story and a constant reminder to all Muslims to stand up for what is right. We must all be courageous and with an abiding commitment to stand up for Justice in the footsteps of Imam Hussain.

Muslims belonging to different sects and denominations commemorate the Martyrdom of Imam Hussain, but the Shia Muslims, of course, express their grief conventionally. They hold daily ceremonials  (Majlis) and narrate the events that led to Shahadat (Martyrdom).  However, besides expressing grief, it is even more essential to convey the message to the young people that we all should have strength like Imam Hussain to face the calamity and stand firm on the principles of righteousness and Justice.

Since the Martyrdom of Imam Hussain, the world has faced similar situations often and met with the same cowardice as the Muslim community who invited the Imam to Kufa. People are always influenced and frightened by people of power and do not dare to follow a true leader. For instance, in a short period of a few years and under the leadership of one of the worst dictators of the world- Hitler, entire Germany became the followers of the NAZI doctrine.

Even today, we know that people with enormous wealth and power are influencing millions of people towards extremely questionable, unethical conduct and immoral values. It is incredible to see how some educated and sophisticated people succumb to power and influence.

Unfortunately, only dictators rule most of the Muslim world with oppression, and we have not produced a leader to follow the footsteps of Imam Hussain. However, we have seen some world leaders who show courage like Imam Hussain and stood firmly against the oppressors. To name a few, Martin Luther King was against racism in the US, Nelson Mandela was against the most potent apartheid government in South Africa and Mahatma Gandhi was against the British Empire to get India independence. Mahatma Gandhi stated, “If I had 72 companions like Husain, I would have freed India in 24 hours from British, the progress of Islam resulted from the supreme sacrifice of Imam Hussein, I learned from Hussein, how to achieve victory while being oppressed”.

There is a saying that “Islam Zinda Hoota Hai her Karbala Ke Baad (Islam becomes alive after the massacre like Karbala). After the massacre of Karbala, Imam Zain al-Abidin -Son of Imam Hussain was the only adult male left alive from the household of the Iman, as he could not participate in the battle of Karbala due to high fever. He played an important role in the aftermath of Karbala, particularly in rebuilding the moral, spiritual, and ethical foundations of Islamic society.

The post-Karbala period was one of great internal dissensions, tumult, and crises in Islam’s lands. People were fearful of challenging or questioning the Umayyad Khilafat(state), not wanting to attract the state’s wrath. Imam Zain al Abedin kept the good, spiritual, ethical spirit of Islam alive by continuing to teach and give sermons in Masjid-e-Nabawi. Scholars have also noted the speeches in which Zainab, the Prophet Mohammed’s granddaughter, played a central role in remembrance of the Karbala story, denounced Karbala’s violence and lauded Hussain’s “martyrdom.” Today, Zainab is a robust female model of resistance. What was once a commemoration of Martyrdom today inspires much more, including promoting social Justice around the world.

Muslims dearly loves Imam-Husain and detests his killers and will always be saddened by the story of his killing, even if he or she does not express those feelings on its anniversary every year. All reputable Islamic schools of thought strongly condemn those who killed Imam-Husain.  It was a sacrifice given in support of human rights and human dignity.Unfortunately, today, Muslims of all sects practice ritualistic Islam and lose sight of the spirit of Islam and its actual Islamic teachings. Some Shia brothers and sisters do self-flagellate and beat their chests. Others beat bare shoulders with heavy steel chains attached with razor blades to remind the pain and suffering of the Martyrs of Karbala (Some Shia scholars forbid these practices). While observing these rituals, the young generation does not get the real message,  meaning, and purpose of Martyrdom.

During the Ashura, the Shia intellectuals should hold open seminars for the entire community to promote unity and to elaborate the bold step taken by Imam Hussain and the sacrifice the whole family offered to uphold the Quranic principles of Justice and human dignity.  People should learn that oppression and injustice are wrong and should challenge the oppressor with courage and conviction.

The young Muslims must have an engaging experience that communicates the meaning of the Ashura.Muslims should use this day to unite us, not a day to divide us, and despite our differences, we must give each other the benefit of the doubt and not assume ill intentions based on things that happened hundreds of years ago. Imam Hussain is a living legacy of Muslims. Shia and Sunni need to work together to uphold the legacy and sacrifice that the grandson of Prophet Muhammad, Imam Hussain, gave.

All human unity is the aim of the teachings of Islam. The doctrinal and ideological differences must not end up in bloodshed. Quran says, “And hold fast all together by the rope which Allah (stretches out for you) and be not divided among yourselves and remember with gratitude Allah’s favor on you” ( 3:103). Quran also says: “The believers are nothing else than brothers (in Islam). So, make reconciliation between your brothers, and fear Allah, that you may receive mercy” (49:10). The unity of people makes an unbeatable strong nation.  Islam lays high stress on the importance of unity. To deal with the challenges Muslim Umma faces in today’s world, unity among Muslims is vital for our survival. 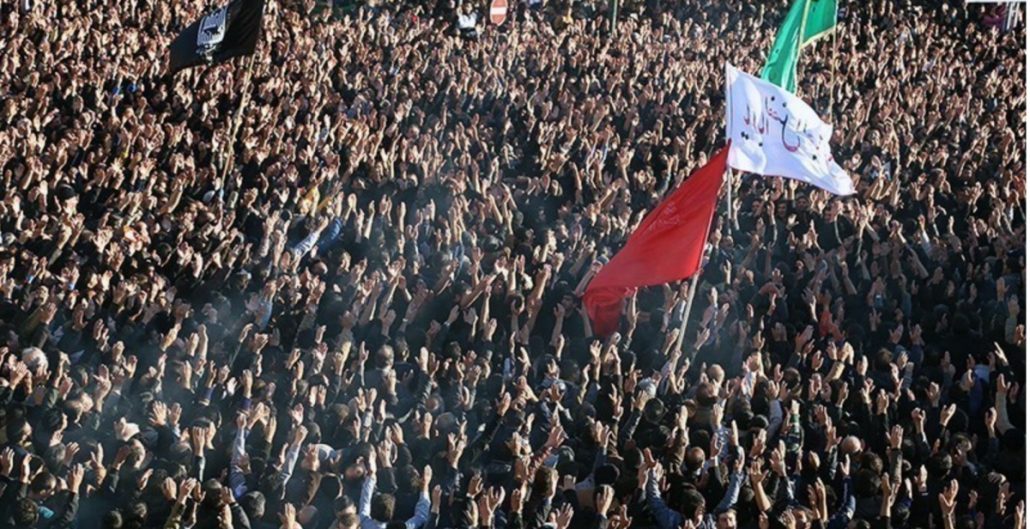 Prayer for Peace in the Middle East:

British Firms Urged to ‘Pack Suitcases’ in Rush for Libya