On Thursday night, a man killed eight people at a FedEx facility near the Indianapolis airport before killing himself. It was at least the 45th mass shooting in America since March 16, according to CNN. A mass shooting is generally defined when four or more people — excluding the gunman — are wounded or killed. The US has seen at least 147 mass shootings in 2021, according to data from the GVA, a non-profit based in Washington.

Of all homicides in America in 2019, 73% of them were gun-related, according to data from the FBI. That compares to an estimated 39% in Canada, 22% in Australia and just 4% in England and Wales. Here’s another: The US averages 120.5 firearms per 100 residents, more than double the next country (Yemen, at 52.8 firearms per 100 people). And there were nearly 23 million firearms purchased in the US in 2020, a new record high.

“Gun violence in this country is an epidemic,” said President Joe Biden a week ago in announcing a series of executive orders on guns. “And it’s an international embarrassment.”

There is little disagreement that there are steps we can (and could) be taking to solve this issue. According to a nationwide poll published this week by Quinnipiac University, 89 percent of Americans favor background checks on all gun owners. Three-quarters of Americans support so-called “red flag” legislation. A majority (51%) also favors banning assault guns.

And yet, despite all of that, Congress continues to drag its feet on passing any sort of gun control measures.

“They’ve offered plenty of thoughts and prayers, members of Congress, but they have passed not a single new federal law to reduce gun violence,” Biden said a week ago. “Enough prayers, time for some action.”

No matter what party you belong to or whether you own a gun or not – what is clear is that 45 mass shootings in the span of a month means that we have a problem in this country. A problem that our government needs to find ways to address. 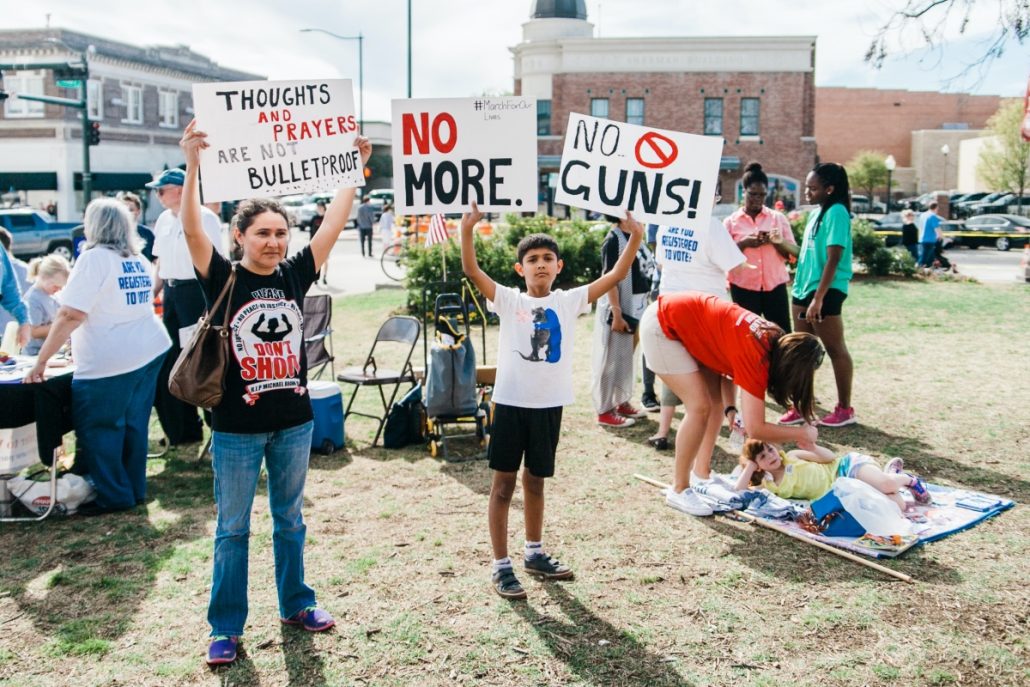 Feds to Revoke Charity Head’s Citizenship
By Karin Friedemann, TMO On the night of July 23, 2014 Enaam Arnaout, 51, CEO of the former Islamic charity,…

Statement by President on the Occasion of Eid al-Fitr