Hindu religious leaders have to decide whether they would allow their faith to become an instrument of hate and violence, or a spiritual path of coexistence and tolerance. The vision of Hinduism as promoted by the BJP-RSS led government in India and followed by their subsidiaries in different parts of the world highlight a significant threat to world peace. Over the last eight years, India has witnessed a rise in violence against people belonging to the non-upper caste population of India, especially against Muslims, Dalits, Christians, Buddhists, Sikhs, and liberals. The attackers had affiliations with the BJP-RSS leadership directly or indirectly. They found protection in law enforcement agencies and judicial institutions. The media applauded their hateful and violent talks and presented them as national heroes.

The BJP-RSS vision of India focuses on the idea of a Hindu Rashtra or nation. Therefore, India is for Hindus, and if non-Hindus want to live in India, they have to live as second-class citizens. In their analysis, Christians and Muslims are either foreign invaders or forcibly converted Hindus who betrayed the caste-hierarchy of their faith and broke rank with the way of life introduced by the upper-caste Brahmans. Additionally, Muslims created their homelands in Pakistan and Bangladesh, and their presence in India is a threat to Hinduism and India.

When the BJP-RSS talks of Hinduism, they refer to the vision of Hindu upper-castes and values, as Dalits never enjoyed equality and humanity under any Hindu rulers. Even today, Dalits have their places of worship, and their presence in Brahman-controlled temples is unwelcome.

However, the upper-caste-controlled BJP-RSS fails to explain the rise of Jainism, Buddhism, and Sikhism. These three faith traditions challenged the notion of Brahman supremacy and perpetual inequality based on caste. In the BJP-RSS vision, these three faiths are indigenous, even though they rip apart the foundation of Hinduism as presented in its holy scriptures.

The tirade against Christians and Muslims is the beginning of a never ending cycle of violence that would engulf India if the ideology of BJP-RSS elites succeeds. Jain, Buddhists, and Sikhs would also pay the price of challenging the ethos of Hinduism and would find it difficult to survive in an upper-caste-controlled India.

Hindu upper castes associated with the BJP and RSS elites believe that they are purest. Hence, they promote the idea of racial superiority and agree with Hitler’s notion of the supremacy of the Aryan race. They assert that due to strict caste hierarchy, they maintain the purity of the Aryan race. It explains their closeness to white supremacists and neo-Nazi groups in Europe and the US. The support that white nationalists have enjoyed from RSS subsidiaries in the West speaks of the influence of the racially biased ideology.

Hitler promoted his racial superiority ideology through democratic means, proving that this system of government is not a guarantee to stop violence and hatred. The RSS-BJP led elites also rely on democracy to promote hate and violence. Like Hitler, they would not stop lynching non-upper caste Hindus, making their opponents their next target. Their presence in the US and Europe poses a threat to world peace. The sooner the world realizes it, the safer it would make itself. Their presence in interfaith dialogues constantly threatens genuine discussions among the faiths for peace and harmony. 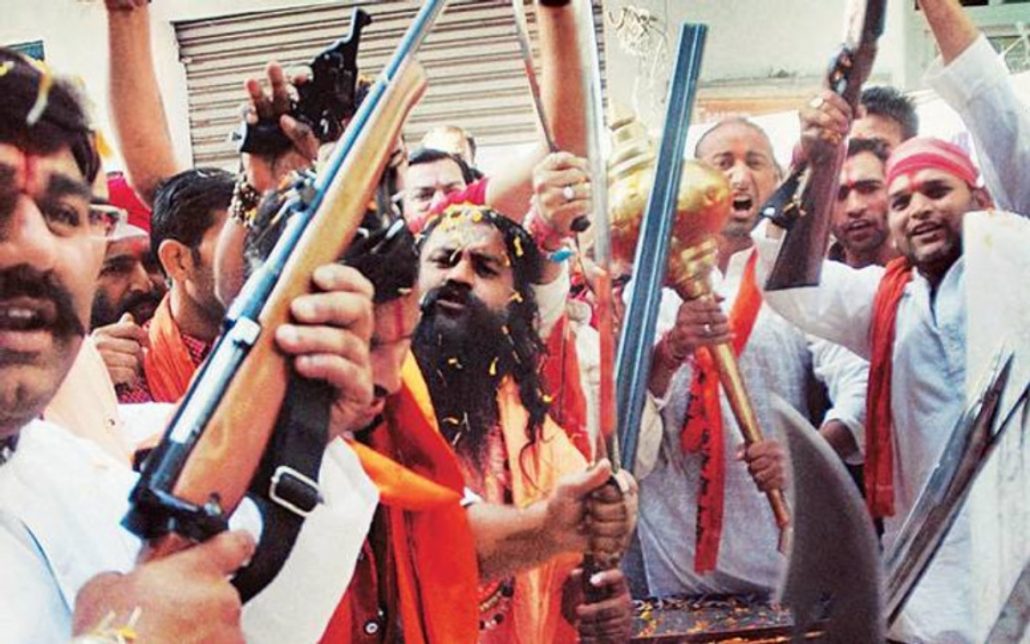 Muslim scientists and thinkers–Abu Hamid al-Ghazali
By Syed Aslam Abu Hamid  al-Ghazali,  also known in west as Algazel, was born at Tus, Iran in the year…

The US-Iran Conflict
Scroll to top