During a press conference Thursday, police officials identified the four victims of the Tulsa, Oklahoma, shooting that occurred on Wednesday. According to authorities, Dr. Preston Phillips and Dr. Stephanie Husen, receptionist Amanda Glenn, and patient William Love died in the shooting. The gunman, Michael Louis, died of a self-inflicted gunshot wound, KOKI-TV reported. Identified as a patient of one of the victims, Louis set out to murder his doctor.

“It wasn’t random,” said Tulsa Police Capt. Richard Meulenberg, according to The New York Times. “This wasn’t an individual who just decided he wanted to go find a hospital full of random people. He deliberately made a choice to come here and his actions were deliberate.”

Authorities found a letter on Louis confirming that the attack was targeted, Chief Wendell Franklin said.

In the letter, Michael Louis “made it clear that he came in with the intent to kill Dr. (Preston) Phillips and anyone who got in his way,” Franklin said.

Phillips had treated Louis, who blamed the doctor for ongoing pain he was experiencing following back surgery on May 19. He had allegedly called the medical office several times following his post-surgery release to complain about pain and ask for follow-up treatment.

According to authorities, Phillips had seen Louis on Tuesday for additional treatment, a day before Louis bought an AR-15-style semi-automatic rifle from a local gun store. Before the shooting Wednesday, Louis allegedly called Phillips’ office again, “complaining of back pain and wanting additional assistance,” Franklin said, according to CNN.

Sources told CNN Louis’ AR-15-style firearm was purchased hours before the incident, while another weapon also found at the scene (a handgun) was purchased on May 29. According to officials, the rifle was purchased at 2 PM Wednesday, approximately three hours before police officials arrived at the shooting at St. Francis Hospital around 5 PM.

“It was just madness inside, with hundreds of rooms and hundreds of people trying to get out of the building,” Tulsa Police Capt. Richard Meulenberg told CNN.

“Oklahoma’s hospitals, clinics and doctors’ offices are places for healing and should be safe for all,” Holden said. “And while there will be much to discuss regarding this tragedy in the days and weeks to come, we stand with our fellow physicians and health professionals in mourning those who were killed and injured due to this devastating event.”

The incident comes eight days after a gunman killed 19 students and two teachers at an elementary school in Uvalde, Texas. Across the country, mass shootings have increased, igniting the conversation about gun control and better policy. According to USA TODAY, Wednesday’s attack was the second mass shooting this week in Oklahoma. The outlet reported that a woman was killed Sunday and seven others were injured during an annual Memorial Day festival in the city of Taft. 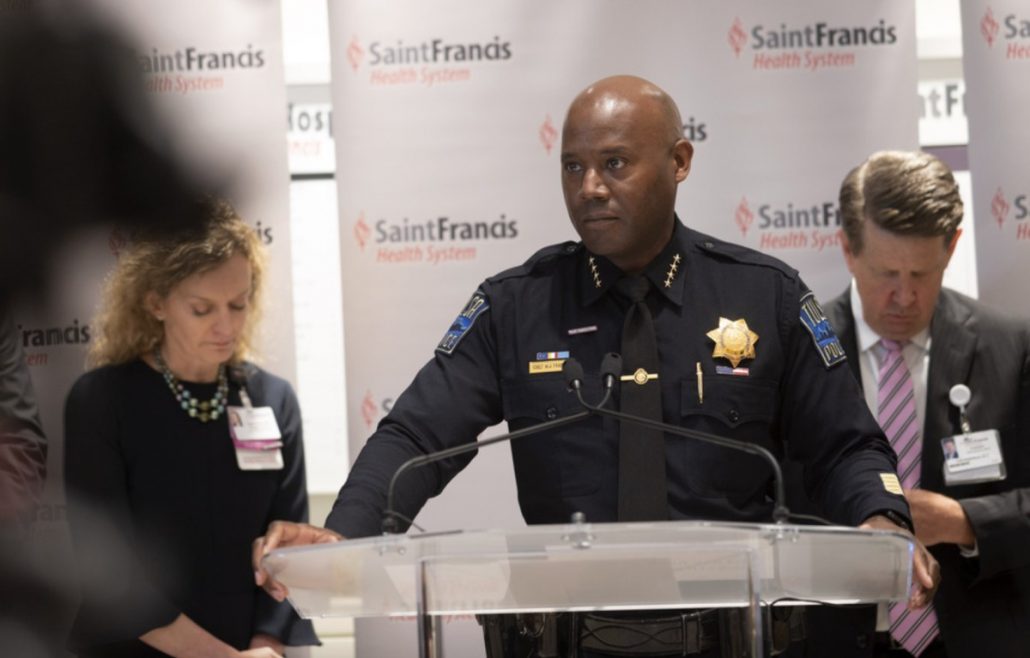 IAMC applauds criticism of India’s anti-minority persecution by US Secretary... Scroll to top