Six people were killed when a suicide bomber detonated explosives near the entrance of the Russian embassy, and at least ten others were injured. The Russian Foreign Ministry and Afghan officials said on Monday that two of those killed were Russian officials.

According to the Afghan Police spokesperson Khalid Zadran, the attacker was shot dead by armed guards as he approached the gate. “He was identified by security and targeted, which caused a blast. As a result of the attack, two  were killed, and there are also victims among Afghan citizens.” This is one of the first such attacks since the Taliban took power last year.

ISIL has claimed responsibility for this attack.

While Moscow does not officially recognize the Taliban government, they have been in talks with officials for an agreement to supply oil and other products such as wheat, flour, grains, etc. “Without any doubt, we are talking about a terrorist act, which is absolutely unacceptable,” spokesman Dmitry Peskov told reporters in Moscow. Russia’s Foreign Minister, Sergey Lavrov, stated,

“Let’s hope that the organizers of this terrorist act and its perpetrators will be punished,” he also said that Moscow will tighten security in the Kabul Embassy, and Intelligence has been brought in.

In a statement, UN Secretary-General Antonio Guterres “strongly” condemned the attack and expressed his condolences to the victims and their families.

The United Nations Assistance Mission in Afghanistan also condemned the bombing. The tweet read, “UNAMA stresses the need for the de facto authorities to take steps to ensure the safety and security of the people as well as diplomatic missions.”

Meanwhile, reports say that violence has been controlled since the Taliban took over. The minorities, such as Hazara, who are predominantly Shia, would disagree. They mostly live in the central part of Afghanistan; however, they are spread throughout the country. Many Hazaras live close to one of the Pak-Afghan borders, Quetta, also spilling into Pakistan. The fighting and violence then automatically spill into Pakistan.

An affiliate of the ISIL (ISIS) armed group in Afghanistan has been attacking the Hazaras and other minorities in a wave of attacks at mosques, schools, and workplaces, the Human Rights Watch said in a report on Tuesday

HRW has emphasized the need for medical care for the victims and their families. They have also been clear that no security has been provided for the people being attacked and bombed repeatedly. “Since the Taliban takeover, ISIS-linked fighters have committed numerous brutal attacks against members of the Hazara community as they go to school, to work, or to pray, without a serious response from the Taliban authorities,” said Fereshta Abbasi, Afghanistan researcher at HRW.

Feresha Abbasi claims that the ISIS-linked group The Islamic State of Khorasan Province, ISKP (ISIS-K), has claimed responsibility for 13 attacks against Hazaras

Pakistan has also been concerned about its future with Afghanistan. A discussion was held in Islamabad, Pakistan, called: Afghan peace and reconciliation: Pakistan’s interests and policy options.  It was organized by the Islamabad-based Pak Institute for Peace Studies (PIPS). The primary point of discussion this time was: ‘One year of Taliban rule’.

Lawmakers, academicians, former diplomats, retired army officers, journalists, and experts on security and Afghan affairs participated in the discussion. Some participants included Former National Security Adviser Lt Gen (Retd) Nasser Khan Janjua, ex-Senator Afrasiab Khattak, and many more. This is the 5th meeting of its kind where the experts discuss the future of Afghanistan concerning Pakistan and benefiting the people of Afghanistan.

Khattak said that Pakistan needed to revisit and rectify its policy toward Afghanistan. “Afghanistan is facing the threat of disintegration, and Pakistan will have to face the consequences of this worst-case scenario.” He added, “We should see our Afghan policy critically.” There was an agreement between the attendees on most points brought up in the meeting.

Meanwhile, Tehreek-e-Taliban Pakistan (TTP) declared an indefinite ceasefire in June to facilitate peace talks by the Afghan Taliban. However, there have been regular clashes despite both sides saying the truce is still on.

In the latest clash on Monday, the Pakistan military said it raided a hideout in Boyya, North Waziristan, bordering Afghanistan, following an intelligence tip. “Intense fire exchange took place between own troops and terrorists,” the military’s public relations wing said in a statement.

Afghan Foreign Minister, Amir Khan Muttaqi says Afghanistan struggles to have a recognized government. Most Governments have been bringing Aid and help, but no one is ready to build diplomatic relationships.

“This is true that no country has made an announcement of official recognition of the new government of Afghanistan,” Muttaqi told reporters in Kabul.

He insisted, however, that “whatever interaction” occurs between the Taliban and other countries is “official.”

“Maybe they have some issues,” he added, referring to the Taliban treatment of women, minorities, and other issues.

What is interesting is that Muttaqi speaks as though he doesn’t understand actual problem could be. Time will tell if letting this unrest go on within their country and rather than making friends out of neighbors, turning them into active enemies will turn out to be wise moves.

For now, the world is not engaging. Everyone prefers to sit on the sidelines and watch while those close to the bullets and bombs burn.

August 15th, 2021, will go down in history as an essential date.  Something unthinkable was accomplished. Will it be a mark of great freedom and revolution for suffering people, or have they just passed on from one tyrant to another?  These questions take decades, sometimes even centuries, to reveal themselves. 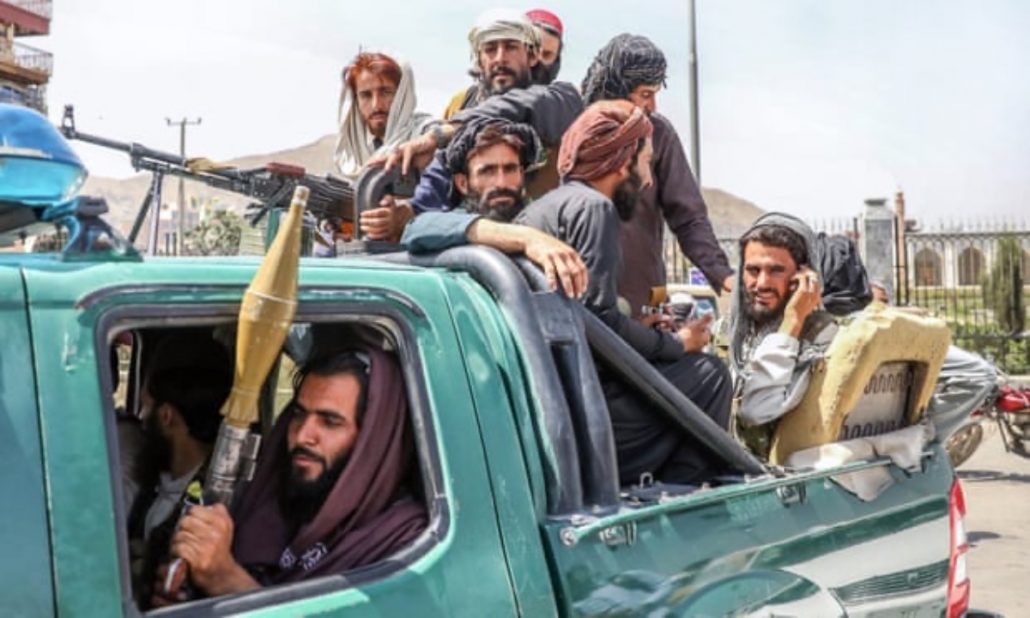 Civic engagement is our duty

The Hajj Paradigm: Islam’s Most Unifying Narrative
by Imam Luqman Ahmad Perhaps, the purest, and most poignant narrative of what Islam really stands for at its core, is…