A day after what people are calling the “Rose Garden Superspreader,” Donald Trump welcomed Gold Star families (relatives of U.S. military members who died in the line of duty) to the White House. Like other events Trump has participated in, masks were out of sight despite the increasing number of coronavirus cases nationwide. But that isn’t the alarming part of the story: The week following both events, Trump and at least 10 members of his administration tested positive for the virus after attending the White House Rose Garden event on Sept. 26.

Despite ending up in the hospital because of his symptoms, Trump of course claimed the virus is overexaggerated and nothing to worry about. While gasping for air, Trump still remains too stubborn to admit the reality of the virus and how he got it. In an interview with Fox News Thursday, he suggested that he may have gotten the virus after meeting with some Gold Star families. Trump claimed that at least 35 families “came up to” him and told him stories about their children or parents and while doing so “come within an inch of my face, sometimes.” But of course, he is so polite that he cannot tell them to “‘back up, stand 10 feet,’ you know?”

“They want to hug me, and they want to kiss me. And they do. And, frankly, I’m not telling them to back up. I’m not doing it,” Trump told Fox News’ Maria Bartiromo. Considering that a number of Trump staff and supporters tested positive following the Rose Garden event, it is ridiculous for Trump to blame these families and continue avoiding accountability. To make matters worse, according to The Washington Post, none of the families attending the event were contacted about possible transmission, whereas the White House contacted those who attended the Rose Garden event following Trump’s positive test results.

Not only did Trump suggest that he may have contracted the virus from Gold Star families, but he belittled the conversations he had with the families when he recalled them during his interview. According to Trump, families would approach him to “tell me a story about, ‘My son, sir, was in Iraq’. Or, ‘He was in Afghanistan.’ And, ‘Sir, he did this, and he did that, and then he charged in order to save his friends.’ And, ‘Yes, sir, he was killed, but he saved his friends. He’s so brave, sir.'” When expressing that they love to show him affection, he added, “It’s a dangerous thing, I guess, if you go by the COVID thing.”

It is clear Trump will blame anyone but himself for the consequences of his actions. After contracting COVID-19, he has portrayed himself as unphased, claiming that upon looking at the numbers he “figured that probably at some point I’d catch it … I meet a lot of people. I have to. I’m the president of the country. I can’t hang around in a basement, so I figured there would be a chance that I would catch it,” Trump told Bartiromo.

Trump has continuously been spotted without a mask and disregarding social distancing recommendations. While at this time it has not been confirmed where and when he contracted COVID-19, he has been out and about since the start of the pandemic. Photos of both his Rose Garden fiasco and the Gold Star families event depict attendees without masks, but as the “leader” of this country, Trump should have worn a mask nevertheless.

This isn’t the first time Trump pinned COVID-19 spread on military officials. After Trump’s aide and adviser Hope Hicks tested positive for the virus on Oct. 1, Trump told Fox News’ Sean Hannity that members of the military or law enforcement were to blame for White House infections, Business Insider reported.

“It’s very hard when you’re with soldiers, when you’re with airmen, when you’re with the Marines, and the police officers,” he said. “When they come over to you, it’s very hard to say, ‘Stay back. Stay back.’ You know, it’s a tough kind of a situation. It’s a terrible thing.” So Trump believes not only do military officials not have any physical boundaries, but their families don’t either. “It is very, very hard when you are with people from the military or from law enforcement and they come over to you,” Trump continued. “They want to hug you, and they want to kiss you because we really have done a good job for them. You get close, and things happen.” 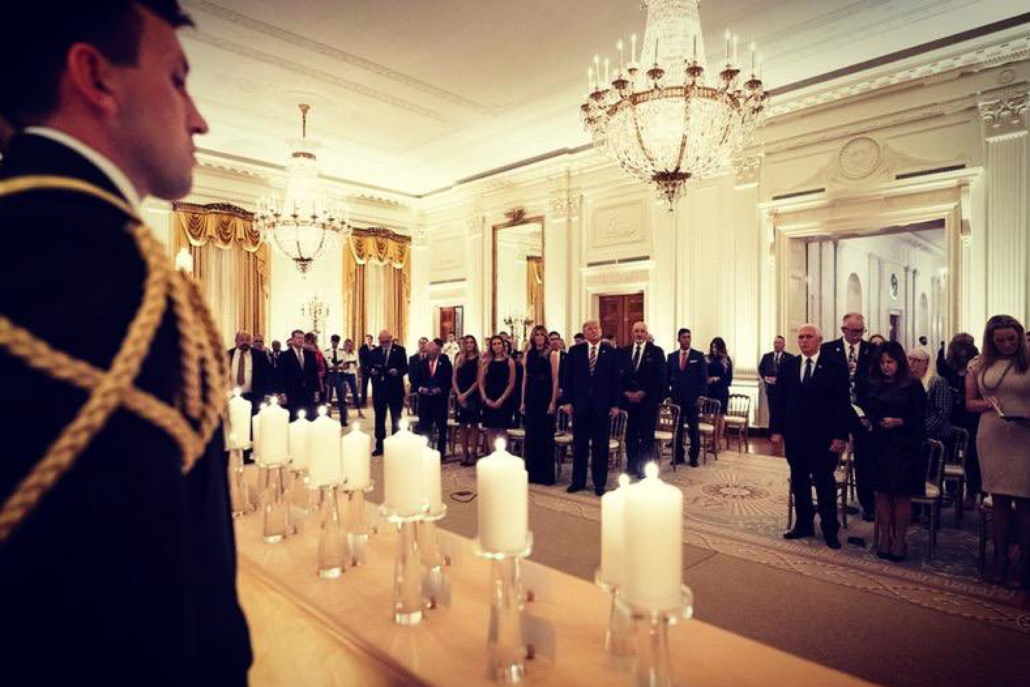 Is There an Islamic Government Model or Mode?
By Roze S. Alex-Kadri Islam is considered by its adherents to be a complete religion because Islam addresses issues related…

The Squad questions why death threats against Republican lives are taken more...
Scroll to top