Tweets hoping that Donald Trump dies have been circulating on Twitter since last Friday, after Trump tweeted confirming he tested positive for COVID-19 on Oct. 2. But instead of ignoring them, as Twitter does for many comments and threats directed at people of color, the social media giant retweeted a post mentioning that tweets referencing death wishes are against its policies. “Tweets that wish or hope for death, serious bodily harm or fatal disease against *anyone* are not allowed and will need to be removed,” the post said.

The post quickly garnered criticism, with many accusing Twitter of having a double standard when it comes to threats affecting white individuals and people of color. Democratic Reps. Alexandria Ocasio-Cortez, Ilhan Omar, Ayanna Pressley, and Rashida Tlaib—known as ‘The Squad’—joined the conversation to express their views on the issue as well. All four women of color serving in the House have faced a number of threats due to their identity and ideology. “So… you mean to tell us you could‘ve done this the whole time?” New York Rep. Ocasio-Cortez tweeted in reply to the announcement.

Minnesota Rep. Omar, who has received countless threats as the first hijab-wearing member of Congress, replied to the same announcement with a gif that read, “Excuse me?” Omar has made headlines throughout her fledgling career in Congress for being targeted by Trump, his supporters, and other Republicans for not being American enough. False tweets have consistently been aimed at her, in which she has been depicted not only as burning the American flag but as a perpetrator of the Sept. 11 attacks.

While Twitter claims that anyone who encounters abuse should report it immediately in order for it to be addressed, according to The Hill, Omar has repeatedly taken to Twitter to share death threats, including one in August 2019. The policy is not new and death threats have always fallen under the category of abuse behavior policy on the site. However, disparities are clear when it comes to which posts get removed and flagged, and how often. “We hear the voices who feel that we’re enforcing some policies inconsistently. We agree we must do better, and we are working together inside to do so,” Twitter’s Safety account noted.

Additionally, Trump has repeatedly called for Omar and other members of the squad to “go back and help fix the totally broken and crime infested places from which they came” in his history of racist and xenophobic tweets. Yet no action has come as a result of his and his supporters’ repeated racist attacks, nasty language, and threats. Although it should not matter, while Rep. Omar came to the U.S. as a young refugee, Reps Pressley, Tlaib, and Ocasio-Cortez were all born in the U.S.—meaning the ‘disastrous’ country Trump would like them to return to is his own.

“Seriously though, this is messed up,” Michigan Rep. Tlaib said in her own response. “The death threats towards us should have been taking [sic] more seriously by @TwitterComms.”

According to CNN, a quick search on Twitter still results in tweets from users calling for the death of the four congresswomen, with a majority specifically addressing Tlaib and Omar. “I hope you both hang for TREASON!” one tweet said.

Members of the Squad weren’t the only ones noticing the difference in how the social media site responded to alleged threats against Trump. “Does this also go for Black and Brown women who have long been and continue to be harassed and threatened with assault and death on this platform or nah? I think no. Because I see those same accounts still up. Still causing harm. Your *anyone* is disingenuous,” filmmaker Ava DuVernay said on Twitter.

A spokesperson for Twitter addressed the criticism to CNN and said: “At Twitter, it is our top priority to improve the health of the public conversation, and that includes ensuring the safety of people who use our service. Abuse and harassment have no place on Twitter.” Additionally, they said their policies “do not tolerate content that wishes, hopes or expresses a desire for death, serious bodily harm or fatal disease against an individual or group of people. If we identify accounts that violate these rules, we will take enforcement action.”

Funny how a quick search on Twitter finds abuse against the congresswomen easily, but the social media site claims that such content is removed when seen. Twitter clearly has a double standard. If that weren’t true, content about the Proud Boys and other hate groups would also violate their terms and conditions. Violence isn’t tolerated in most spaces—until it comes to Black and brown lives. Twitter needs to do better. We, as America,  need to do better. 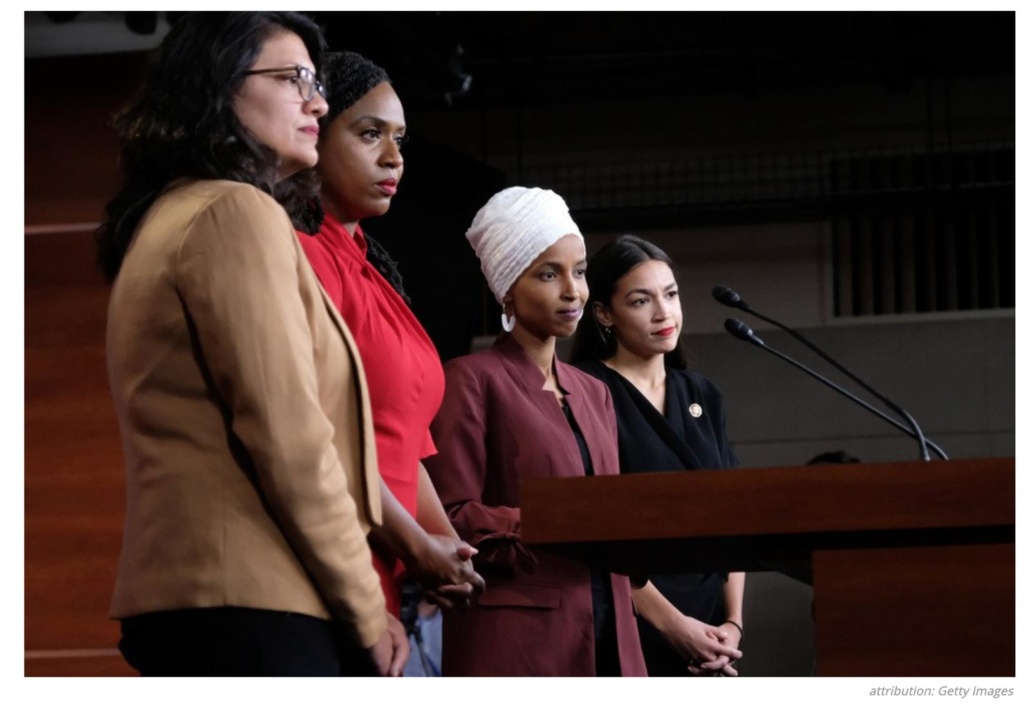 Conservative Christians Pray for God to Kill President Obama
By The Cleveland Leader (adapted by TMO) Thatâ€™s not very Christian-like, now is it? Nevertheless, a few religious zealots have…

Saudi Says Iran Will “Pay the Price” for Alleged plot

© 2020 MuslimObserver.com, All Rights Reserved
Trump suggests fallen soldiers’ families are to blame for his contracting...

Data finds COVID-19 cases on a rise in the U.S.
Scroll to top