Kofar-Mata, who spoke with newsmen in Kano yesterday on the boardâ€™s preparation for the upcoming pilgrimage, said the high level of awareness of the Kano people was responsible for the progress attained in the area of passport.

He said Kano was allocated 7,000 hajj seats for this pilgrimage by the National Hajj Commission of Nigeria (NAHCON), saying the number of the seats allocated to the state was quite enough and that his board would not ask for more seats because of the difficulty in managing a large number of pilgrims in Saudi Arabia.

All the seats, according to him, had already been sold through the stateâ€™s hajj saving scheme and direct sale of the seats. He described the process for the sale of the seats as transparent because each of the 44 local government areas got its own share of the seats.

Kofar-Mata said unlike in the past where the seats were being allocated to the councilsâ€™ center officers for sale to the prospective pilgrims, the seats are now directly under the control of councilsâ€™ chairmen.

He expressed satisfaction with officials of Kano immigration office for their cooperation and understanding in processing and issuing e-passports to the intending pilgrims from the state.

Meanwhile, the Nigeria Immigration Service has flagged-off the issuance of e-passport for this yearâ€™s pilgrimage in Saudi Arabia for Zone B comprising Kano , Kaduna , Sokoto and Zamfara states in compliance with directive of Minister of Interior Mr. Godwin Abbe.

Flagging-off the event in Kano, Assistant Comptroller General of Immigration Zone B Mr. A R Kolade assured of a hitch-free exercise, and that only Nigerians would get the passport. He said the service has enough passport acquisition cameras and good computer production system to meet up any expected pressure, saying the passport will be issued to all in good time for issuance of visa by the Saudi Embassy. 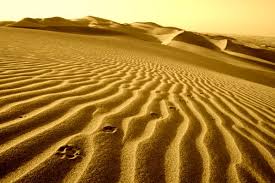